It’s been a long time coming but “The Fireball Kid” is returning to his true form.

Japanese legend, Takanori Gomi, traveled with as much clout as any mixed martial artist alive in the blooming years of the sport. With extensive time spent in Shooto, World Victory Road, Pride and a stop in Vale Tudo Japan, Gomi had plenty of exposure in the biggest stages Japan had to offer.

While the UFC was just beginning to roll, shedding sumo wrestlers, catchweights and never ending super fights, Japanese promotion, Shooto, was in there 57th event by late 1998. It was a polished operation hosting talent such as Caol Uno, Frank Trigg and Alexandre Franca Nogueira before the rest of the world had embraced MMA. While the promotion was in full stride, in stepped 20-year-old Takanori Gomi. 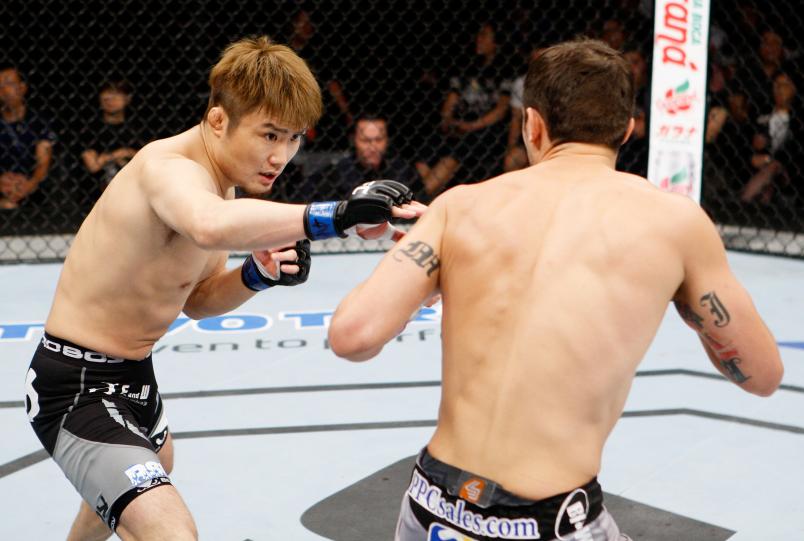 The unknown fighter managed to string together win after win before finding himself 9-0 and fighting for his first world title.

Gomi decisively outmatched Rumina Sato despite almost walking into an armbar and heel hook early. Just as they had six times previously, all three judges declared Gomi the winner. The new king of the unanimous decision victory was now the new king of Shooto’s lightweight division.

Four successful bouts later, Gomi finally found himself on the wrong end of a decision and lost his title and his first career fight in Shooto – 8/10.

Gomi was only one judge’s opinion away from history being rewritten and the crown certainly wasn’t getting heavy but it was time to test himself elsewhere.

Just over a year before Gomi’s MMA debut a new promotion debuted in front of 47,000 screaming fans.

Pride 1 was immediately the new king of the hill. Renzo Gracie, Oleg Taktarov, Kimo Leopoldo, Dan Sever, Rickson Gracie, and many more graced the card that would nearly bring down the Tokyo Dome in 1997 and the cards would only get better.

Fighters who previously bounced from promotion to promotion were buying residency in Pride and the world was beginning to notice. 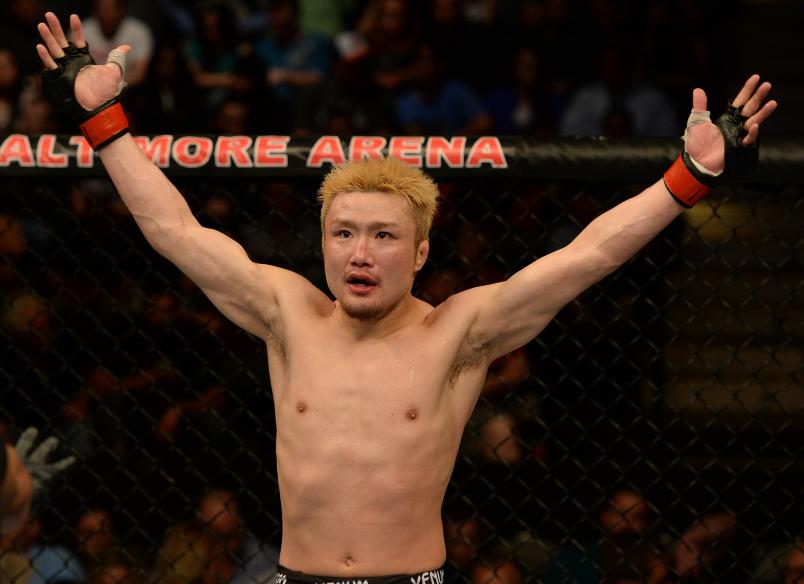 Possibly beginner’s luck struck when the king of the unanimous decision knocked out Jadyson Costa in his Pride debut but fans and fighters alike kept Gomi in mind when he stepped into the ring with Ralph Gracie in his second fight and landed the fastest knockout in Pride history with a knee that connected in only 6 seconds.

It took six seconds to end the winning streak and career of a Gracie and “The Fireball Kid” became a household name. Just for good measure, Gomi took home another finish in his next fight. And then another…. And then another.

While tens of thousands of fans screamed for mixed martial arts for the first time, Takanori Gomi was quickly becoming the man to see for an exciting fight. It was the first time MMA was exciting an entire continent and in the lightweight division, it was exciting because of one man.

“It was the heyday of MMA in Japan,” Gomi said. “The fans here definitely appreciated the sport because of Pride. For guys who don’t know about Pride go back and watch it. It was the grind days, it was the start of something new and it was, in a sense, UFC in Japan. Now everybody’s paying attention to it but back in the day a very small percentage of people were paying attention to it.”

With so many dominant victories under his belt and a run that would make anybody in Pride blush, Gomi’s lightweight title win over Hayato Sakurai was more of an expectation than an accomplishment.

Gomi was with Pride until the bitter end. Going 13-1 (1) Gomi had more success on Japan’s biggest stages than nearly anybody else ever came close to. Fighting almost five times a year, Gomi may have been a victim to his own success. 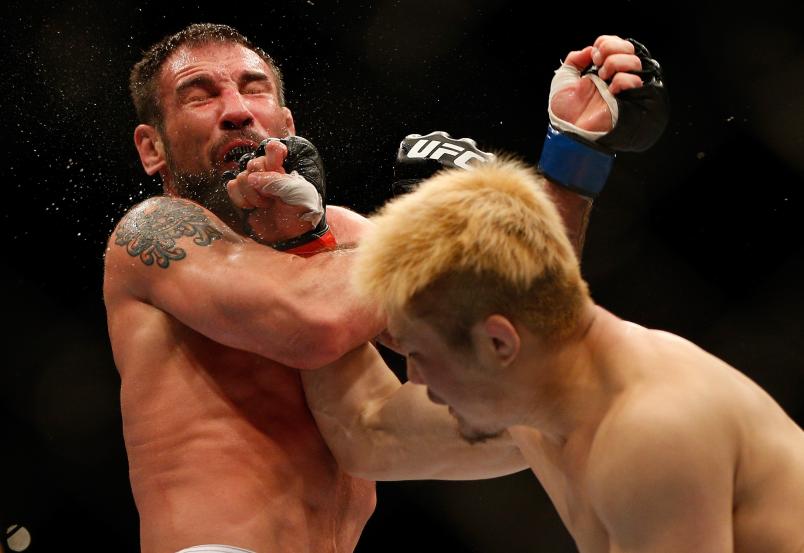 His name doesn’t stand with the Wanderlei’s or the Fedor’s or the Sakuraba’s. He doesn’t have a “Fight of the Year” for Pride. His reign was too dominant. Only making it out of the first round four times, Gomi dominated his opponents on the ground and on the feet throughout his 15-fight run.

Once the transition to the UFC was made, “The Fireball Kid” seemed to have lost a step. 29-3 (1) quickly fell to 35-14 (1). There was something missing. The man who was such a threat on the ground, opponents opted to stand with him until his striking spelled the end formulated a new strategy for the UFC and it never quite panned out.

“All of the UFC fighters that I fought, they were all super quick on the feet,” Gomi said. “Definitely hard for me to take down to the ground. Hence, the brawling style. It was easier for me to swing at them.”

After ten losses and no notable wins, Gomi packed up and left the UFC and while his last fight was a KO win in Japan over Melvin Guillard it’s impossible to forget the 6 consecutive losses before the win. All of which were finishes in the first round.

No matter how much success he had before and no matter how big of a stage he was on after, the best thing that ever happened to Gomi was his 15 fights in Pride. Although it’s glaringly obvious “The Fireball Kid” was born to fight, now at 41 years old and the recipient of it looks like recapturing his Pride form is safely out of reach.

“Looking back at it I was more passionate about the sport,” Gomi said. “The structure, the system all sort of worked for my style. Everything kind of worked out and the stars kind of aligned when I was fighting for Pride.”

December 12 is Gomi’s last chance to return to Pride form. The fighter who had such speed and skill that a knockout was never a concern can suit up under the Pride banner one more time at QUINTET Ultra.  Standing alongside Kazushi Sakuraba, Gomi is reinventing his style one more time for the biggest event since his last fight with Pride back in 2007.

“My grappling skill isn’t where I want it to be so I’ll have to get to work on that so I don’t embarrass myself I’m very honored to be a part of this,” Gomi said. “My style has been leaning toward brawling style as of lately, to get to go back to wrestling style is a great experience and I’m looking forward to it. I want to regain my love for ground. It’s an interesting challenge.”

Not only is he competing to avenge the loss (later ruled a no contest) in his final Pride fight but to avenge the latter part of his career as a whole.

Team Pride stands stout as a team but with the youth of Team UFC, Team WEC and Team Strikeforce, it’ll be all hands on deck and a standout performance from somebody on Team Pride.

Don’t be surprised if it’s “The Fireball Kid.”