Quinn Out of Harley Event Against Couture

Up-to-the-minute news about UFC 164: Harley-Davidson Hometown Throwdown, taking place Saturday, August 31, 2013, at the BMO Harris Bradley Center in Milwaukee, WI. Fights below have been verbally agreed upon and are subject to change.

Ryan Couture has a new opponent for his UFC 164 outing, as original foe Quinn Mulhern has been forced to withdraw due to injury. Couture's new opponent for the Harley-Davidson Hometown Throwdown is Long Island lightweight Al Iaquinta, a TUF Live finalist and teammate of recently-crowned middleweight champion Chris Weidman.

With TJ Grant forced out of his UFC 164 main event against UFC lightweight champion Benson Henderson due to injury, Anthony "Showtime" Pettis will get the title shot he's craved, while Henderson, who lost his WEC title to Pettis in 2010, gets the rematch he's wanted at the BMO Harris Bradley Center in Milwaukee on August 31.

Former welterweight Quinn Mulhern will drop down a division, and face fellow Strikeforce alum Ryan Couture at UFC 164. Both men will look to earn their first win inside the Octagon, after coming up short in their UFC debuts.

Former WEC lightweight champion Jamie Varner will make his first Octagon appearance of 2013, as he takes on the hulking Gleison Tibau at UFC 164. Both men are coming off big wins in their last bouts; 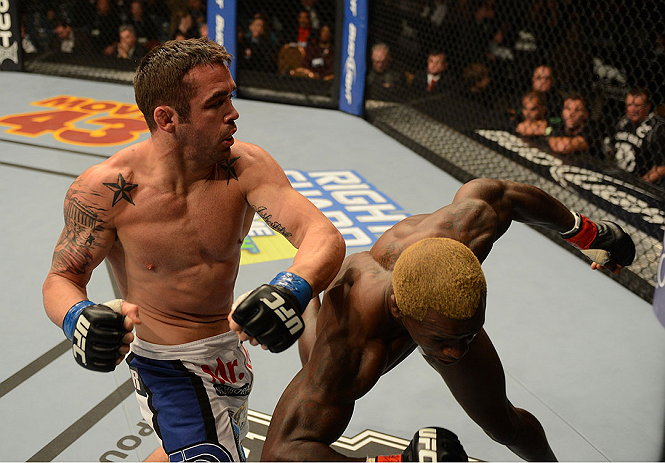 Varner outpointed Melvin Guillard at UFC 155, while Tibau submitted John Cholish at UFC on FX 8 in May. 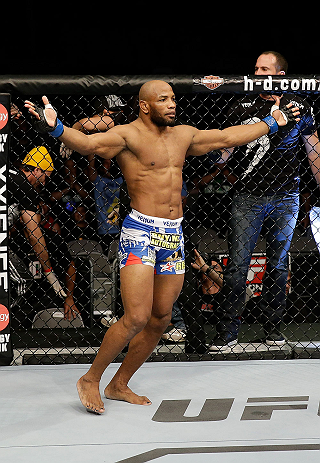 Strikeforce imports Derek Brunson and Yoel Romero will look to build on their successful UFC debuts when they meet in the Octagon at UFC 164.  Plus, crowd-pleasing Magnus Cedenblad and Jared Hamman will attempt to rebound from losses in their most recent bouts.

Also on the card, Korean welterweight Hyun Gyu Lim will look to add to his six-fight win streak when he takes on 11-1 Pascal "Panzer" Krauss.

Gaudinot vs. Elliott to Lock Horns at 164

UFC 164 has added some flyweight flavor, as Louis Gaudinot has agreed to meet Tim Elliott in a pivotal matchup. Both men will look to build on victories in their most recent bouts.

In April, reigning lightweight champion Benson Henderson learned that his next opponent would be the winner of UFC 160's Gray Maynard vs. TJ Grant. In May, Henderson watched along with the world as Grant TKOd Maynard in the first round to earn the contender spot. And now Bendo has a date for the fight to boot: August 31, as the headlining bout of Milwaukee's UFC 164. 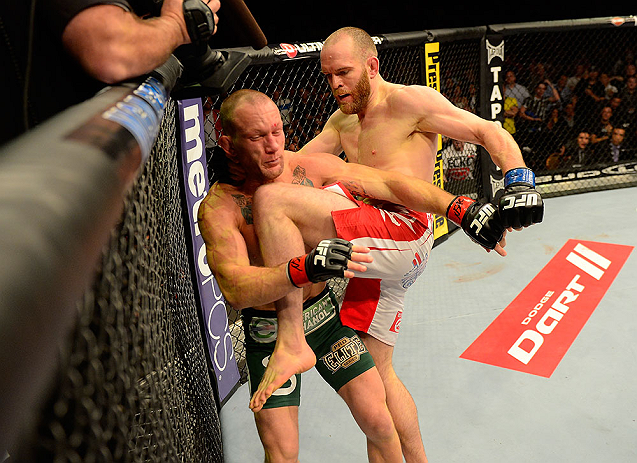 Tickets for the event go on sale to the public on June 21, but UFC.com readers can buy now by using presale code UFCSOCIAL at Ticketmaster.

Surging heavyweight Soa "The Hulk" Palelei lost his UFC 161 opponent to injury, but he's been quickly earmarked for another summer event. Palelei will welcome undefeated Ukranian Nikita "The Al Capone" Krylov to the UFC.

Palelei has gone 10-1 since his last stint in the Octagon, winning his last eight in a row by T/KO; Krylov's 14-0 record is comprised entirely of first-round finishes. The two finishers will collide at UFC 164: Harley-Davidson Hometown Throwdown.

Mir vs. Barnett Booked for Milwaukee

A fight that fans have dreamed about for years is finally happening as Josh "The Warmaster" Barnett will take on former UFC heavyweight champion Frank Mir at UFC 164.

Tickets for UFC 164: Harley-Davidson Hometown Throwdown are now on sale to UFC Fight Club members, with an H-D 110 package pre-sale starting Thursday and a UFC newsletter pre-sale on Friday. Tickets go on sale to the public June 21. 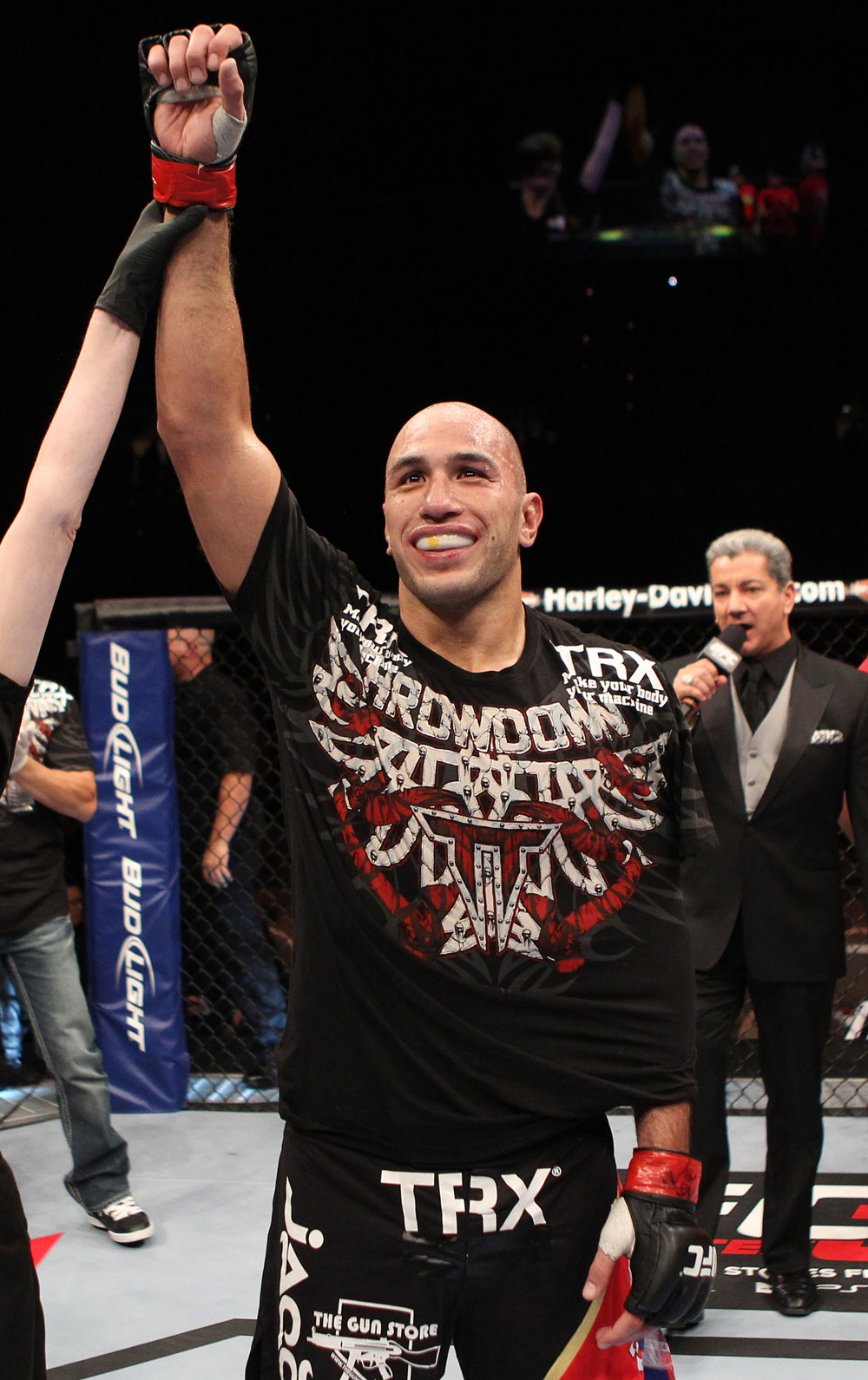 The legendary Ultimate Fighting Championship (UFC) Octagon® is set to ride into Milwaukee for Harley-Davidson's 110th Anniversary celebration,  giving fans of the two all-American heavyweight brands an opportunity to witness one of the hardest-hitting live fights of the year – the UFC® 164 Harley-Davidson Hometown Throwdown.

UFC stars including Cain Velasquez, Mike Chiesa and Matt Hughesare scheduled to appear at the BMO Harris Bradley Center in downtown Milwaukee on Aug. 31, 2013 for the action-packed card, which will feature more than 10 hard-hitting bouts. Fans will also have an opportunity to get up close and personal with many of their favorite fighters during a special autograph session.

While more bouts, including the main event, will be announced in coming weeks, three matchups have already been revealed.

Milwaukee's own Erik Koch will face Dustin Poirier in a matchup of top featherweights. A win for either one could keep them up there with the growing list of elite contenders. Also at 145 pounds, Clay Guida finally arrives, and welcoming him will be perennial top contender Chad Mendes. Mendes vs. Guida was first scheduled for April, but Guida was injured and forced to withdraw.

Plus, Heavyweight Ben Rothwell will welcome Brandon Vera back to that division in a battle between two serious fight finishers.

Fans who purchase 110th Anniversary celebration ticket packages by June 12 will be eligible to participate in a special pre-sale for UFC 164 from May 30 to June 12. Ticket prices range from $60 to $400 before taxes and fees. Fans can buy as many as eight tickets as part of the pre-sale.

UFC® Fight Club™ members will have the opportunity to purchase tickets to this event Wednesday, May 29 at 10 a.m. CT via the website www.ufcfightclub.com. A special Internet ticket pre-sale will be available to UFC newsletter subscribers Friday, May 31 starting at 10 a.m. CT. To access this presale, users must register for the UFC newsletter through UFC.com. Tickets for UFC 164 go on sale to the public Friday, June 21 at 10 a.m. CT at www.ticketmaster.com.

"UFC and Harley-Davidson fans will experience the passion of the world's best fighters when they duke it out in the Octagon in our backyard here in Milwaukee during our 110th Anniversary," said Mark-Hans Richer, Chief Marketing Officer at Harley-Davidson. "This UFC Hometown Throwdown is a unique chance to see hard-hitting action right in the middle our anniversary celebration."