Quiet 'Count' Will Get to Talk

"I plan on smashing him and making as big a statement as I can." 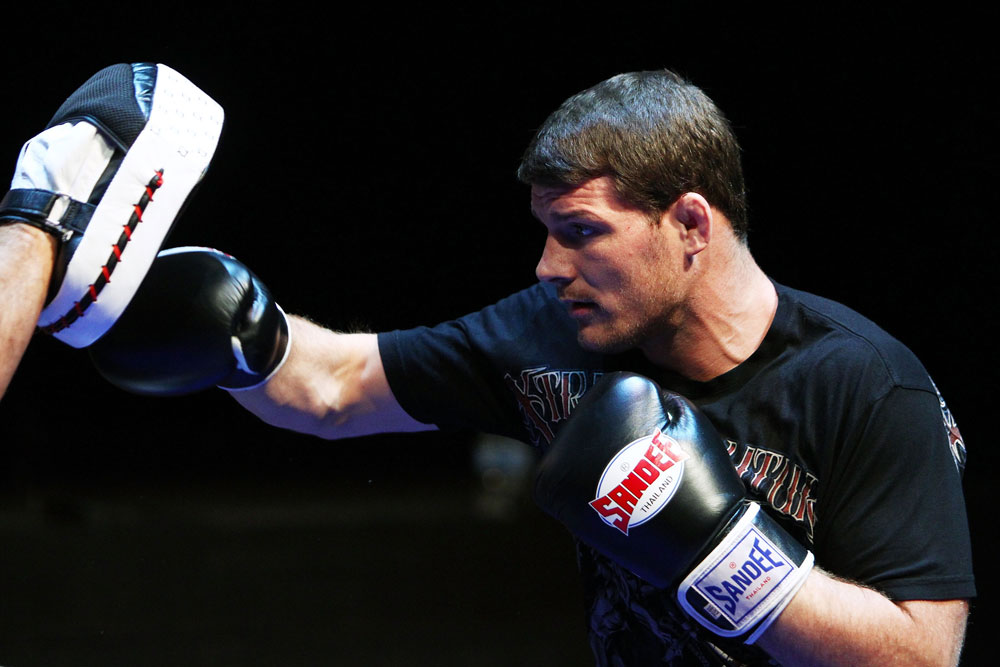 As blunt as they come, UFC middleweight contender Michael Bisping has never been one to back down or shy away from a trash talking war with prospective opponents. Yet in recent fights, it’s been a quiet ‘Count’ representing the British Isles, as he’s let his fists do the talking in his wins over Dan Miller and Yoshihiro Akiyama.

“I’ve got a rep for talking smack, and I’m not saying I don’t talk crap here and there, but I’ve never started anything first,” said Bisping. “Look at my career and you’ll see guys like Dan Miller, Akiyama, nothing but respect all the way.”

Of course, we must qualify that statement a bit. Miller, one of the most soft-spoken fighters in the game, probably couldn’t get a prime Muhammad Ali to talk trash about him. As for Japan’s Akiyama, the language barrier between him and the Brit definitely contributed to the lack of verbal fireworks before their UFC 120 main event. And frankly, you normally wouldn’t have expected anything to break out between Bisping and his UFC 127 opponent this weekend, Jorge Rivera, because the New Englander has earned his stripes in the game and is seen among his peers as a fighter’s fighter who has inspired many with his recent resurgence at 38.

Then again, it was “El Conquistador” who lobbed the first stone with a series of youtube videos targeting Bisping.

“The stupid videos his team have put together – which aren’t even funny, I’ve seen some way funnier videos of me made by fans – just makes me train harder,” said Bisping, who, instead of firing back with videos of his own or a full-on trash talking assault, has opted to quietly seethe as he waits for his opportunity to put his hands on his opponent at the Acer Arena in Sydney, Australia.

“I think he’s got a big carried away with himself because he’s knocked out a few bums here and a shot fighter or two there lately,” said Bisping of Rivera. “All of a sudden he thinks he’s a top fighter and something of a tough guy smack talker. Oh, okay Jorge. But before he makes a proper arse of himself I think he needs to look closely at the people he’s been beating, and ask himself why he’s been beating them. Seriously, out of his last three opponents, I only knew of Nate Quarry. I had to Google the other two. I’m not saying Rivera’s not dangerous; he can obviously punch and can have a war, but I’m surprised he’s been talking the way he has. We’re talking about a guy who got tapped out by a welterweight kickboxer (Martin Kampmann in 2008).”

Winner of three in a row over Nissen Osterneck, Rob Kimmons, and Nate Quarry, Rivera has proven himself to be a late bloomer after an erratic career that saw him trading punches with some of the middleweight division’s best, including Anderson Silva, Rich Franklin, and Chris Leben. Yet when Bisping was approached with the fight, he wasn’t exactly jumping for joy.

“The name Jorge Rivera didn’t exactly send a surge of excitement through me, put it that way,” he said. “After three good wins over (Denis) Kang, Miller and Akiyama and a very close loss to Wanderlei Silva – which I think to this day I just about won - I was hoping to have earned myself a bigger name opponent again. But I have never, ever turned down an opponent offered me by the UFC. I don’t do that and I don’t expect special credit for being like that. I’m a UFC fighter and I fight whoever they want me to fight. So, Rivera is it. I feel like even if I win, I don’t move forward, but I plan on smashing him and making as big a statement as I can.”

That’s the real goal for Bisping at this point. The middleweight title picture is at a standstill at the moment, with welterweight champ Georges St-Pierre’s April fight with Jake Shields determining whether current 185-pound champ Anderson Silva will next face GSP or number one contender Yushin Okami. Either way, it doesn’t appear that Bisping could fight his way into a title shot until early 2012. So for 2011, he needs to build on his wins over Miller and Akiyama and keep pounding his name into fight fans’ consciousness as the next man in line for “The Spider”. At 32 and with nearly five years in the UFC, it appears that it’s now or never, but Bisping is content with his progress since winning season three of The Ultimate Fighter. See Bisping's TUF highlights and fights.

“I’ve been in the UFC for five years now,” said Bisping, who debuted in the Octagon in 2006. “A lot of good fighters don’t last that long. And I’ve had to go from pretty much a UK-level striker to a well-rounded fighter while competing in the UFC. A lot of TUF winners have struggled in the UFC. Compare their records to mine and you’ll see while I’ve not achieved all I want to in my career, I’m not doing badly overall.”

With 10 wins, three Fight of the Night awards, and losses only to men who have held UFC or PRIDE titles (Rashad Evans, Wanderlei Silva, Dan Henderson), he’s not doing badly at all. And he’s had to do it as the poster boy for UK MMA, a role he eagerly accepts.

“I must have given a thousand interviews since joining the UFC,” he said. “I consider it a privilege to be asked, and to be asked to represent the UFC and the sport by talking to the media on their behalf. There are fighters who try and mess the UFC around and not do PR stuff, but it is part of the job. It’s actually in the contract that you do this stuff, and really, why wouldn’t you want to promote the sport we all make a living out of?”

Yet to reach the next level, Bisping’s job is to dominate his opponents from here on out, and that’s the plan beginning with the Rivera fight.

“I beat him, then beat one of the bigger names and I think I’m going to be there (in the title picture). I feel I’m ready to compete at the top level, to the best of my abilities, and 2011 is my year.”

And that’s something to talk about.