The Quest for Respect Takes Marcus Brimage to Toronto

"I’m taking my time, I’m learning my craft, and I’m enjoying the journey of being in the UFC." - Marcus Brimage 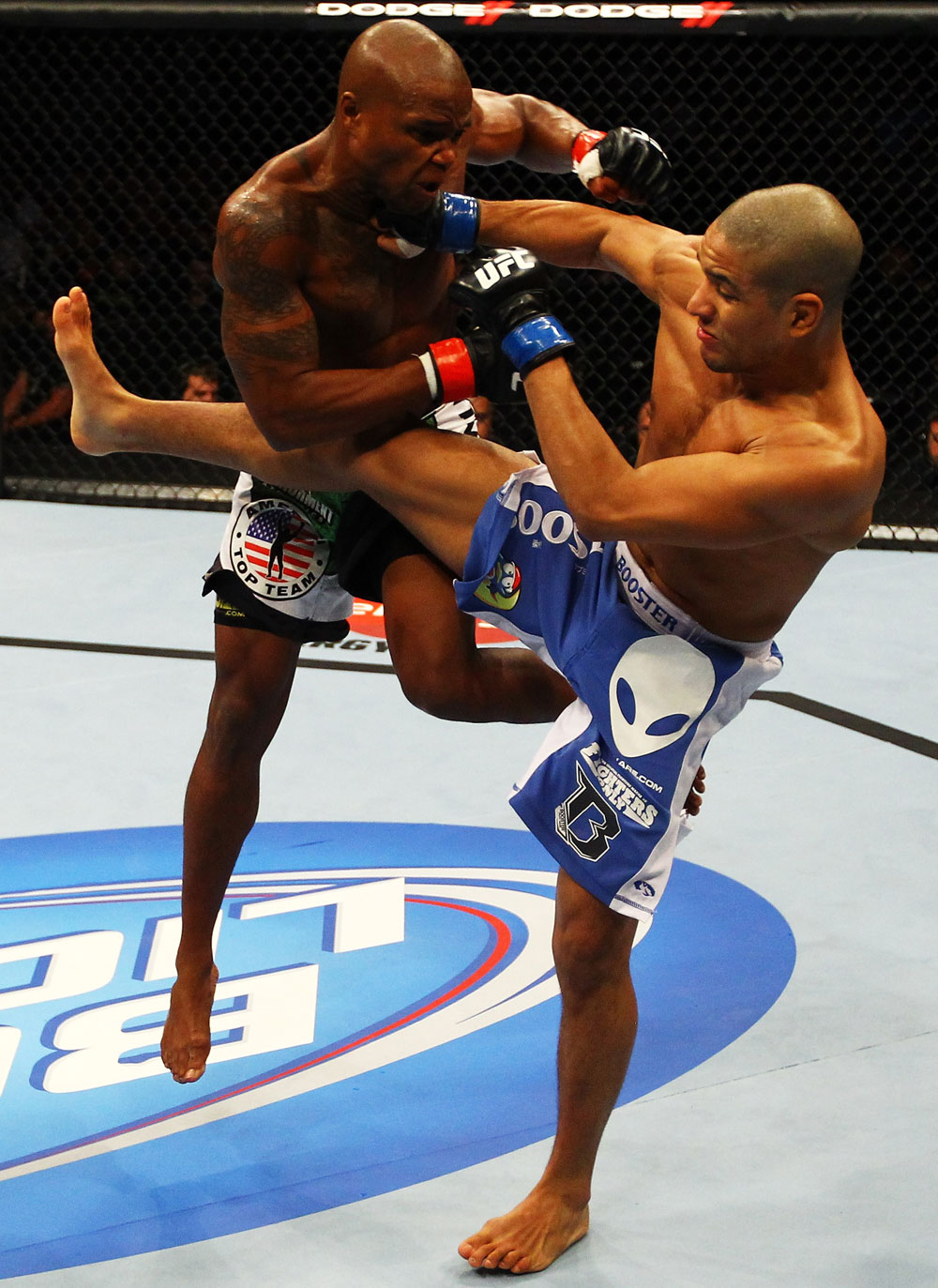 Despite what his aggressive fighting style might tell you, Marcus Brimage isn’t in a hurry. He doesn’t talk about title shots, pound for pound lists, or doing anything that extends past his next fight against unbeaten Jimy Hettes on September 22. That’s an admirable attitude to have these days.

“I’m from Alabama, I like to keep it simple,” he chuckles. “So I get a phone call, ‘hey, you need to fight that guy.’ Yes sir, I’m gonna fight that guy, and that’s all that matters to me. People are always like ‘when are you gonna get a title shot?’ I’m not worried about all that; I just want to beat people’s ass. If a title shot comes, it comes. I’m taking my time, I’m learning my craft, and I’m enjoying the journey of being in the UFC.”

The 27-year-old featherweight prospect wasn’t born this way though. When you ask him about patience, he says he laughs and says he’s learning it, pointing to his gig as a martial arts teacher as being a catalyst in this development. But when it comes down to it, he will point back to his mom as his main instructor when it comes to this rarely perfected virtue.

“My mother is very wise,” said Brimage. “She always told me ‘I know your eyes are on the goal, but just remember that you are in the top organization; don’t get so much tunnel vision that all of a sudden all you can do is look back and be like ‘damn, I did all that?’ Just take in everything as you get there.’ And that’s what I’m doing; I’m just taking in everything as I get there.”

In other words, enjoy the ride. And Brimage has had every reason to do that since emerging on the UFC scene during season 14 of The Ultimate Fighter. Following a 1-1 run on the show, Brimage handed castmate Stephen Bass his first pro loss on the TUF14 finale card last December, and then he shut down highly-touted Maximo Blanco at UFC 145 in April, moving his record to 2-0 in the UFC and 5-1 overall. Not that he’s gotten the over the top hype you might have expected to begin by now.

“People don’t know, but I’ve been around for a minute,” said Brimage, who turned pro in 2007. “I beat somebody who was in a Bellator tournament (Bryan Goldsby), I beat a veteran of the UFC (Kyle Bradley) before I even got in the UFC, and that was after a layoff because of injuries, and I went back and knocked him out. People don’t understand that I never had an easy time. I was two fights in and fighting guys with 10-15 fights. I never padded my record and I was always the underdog. It was the same thing against Blanco, and it didn’t faze me. And what happened? I zapped his ass one time and he ran from me the whole fight. Now Jimy Hettes comes up, and he’s another guy that’s 10-0 like Stephen Bass was, and I’m gonna go get that one too. Whatever happens, I’m gonna go out there and do my thing, and after this one, I’m gonna see what people will say.”

If past history is any indication, he knows the answer to that question before it’s answered.

“It wasn’t that Marcus Brimage is okay as a fighter,” he said, “it’s just that the other guy is overly hyped.”

Brimage doesn’t let it get to him, and you wouldn’t expect someone who decided that he wanted to be a fighter because of the anime series Dragon Ball Z to let the opinions of others sway him too much. He does get a kick out of the reaction to his biggest fighting influence though.

“They look at me like I’m crazy,” he laughs. “They think I’m speaking a different language when I’m talking about power levels and Kamehameha waves and big bang attacks.”

And while the hard-hitting Brimage has delivered some power and big bangs thus far in his career, it’s the ground game that currently fills up a lot of his training time in an effort to match former welterweight champion Carlos Newton, who “The Bama Beast” describes as “the master of Dragon Ball Z Jiu-Jitsu.”

Leading the way for Brimage on the mat is another UFC veteran in Charles McCarthy, and he’s become a major part of his training camp in recent months.

“He makes me more competent on the ground,” said Brimage of McCarthy. “Now when I hit the ground I’m not freaking out or giving up my back in a scramble. I’m utilizing techniques to get up and I’m even really good at two submissions. He’s constantly drilling me on the ground, and the way he coaches me in jiu-jitsu is like the one-on-one teaching I used to have in school. If it’s in the middle of the class, I’m not gonna get it, but if the teacher is over my shoulder and whispers in my ear how to do this specific math problem, I will get it. And that’s what Charles does for me in jiu-jitsu.”

Jimy Hettes is quite the math problem, especially when the fight hits the ground, but Brimage is confident that he’s done his homework and will pass every test presented to him in Toronto on Saturday. Then again, he might just swing his fists and end things before he has to prove that he learned his jiu-jitsu lessons well. And if that happens, maybe he’ll start getting the respect he’s earned. But in the meantime, Brimage will just take it all in.

“You gotta remember, I was working at Walmart before I was on The Ultimate Fighter, so I’m definitely enjoying the ride,” he laughs. “I’m not complaining at all.”