When you sit back and think about who has been at the top of the heavyweight division over the last decade it’s impossible not to think about Alistair Overeem. He has 60, yes 60 professional fights. He made his first UFC appearance in 2011 and has been a contender ever since.

“The Demolition Man” currently sits just outside the top five in the rankings and has dropped his last two fights but it wouldn’t be wise to think Overeem is on the decline. He has recently switched camps to Team Elevation in Colorado and believes that the fresh start is going to propel him back into the win column.

Overeem took the time to talk with us about his recent move, how he is feeling, what we can expect from him in this fight against Sergey Pavlovich and more.

UFC: It’s been few months since we’ve seen you. How have you been since Chicago?

AO: Everything is good. Last fight was a disaster the fight before was a disaster, we’re actually on a two fight losing streak so we had to make some changes and we have. I actually joined a different team so now I’m training with Curtis and Team Elevation. I have to say those are great guys, I put in a lot of work and you’re gonna see on Saturday. We had to improve our game and we did. I’m looking forward to showing everyone in the world what we got this Saturday.

UFC: How do you get back to your winning ways?

AO: It comes with training right? You have to put in the work but you’re not going to change things by doing the same things. So that’s where the new team came about. They were in total agreement to change it up back to old style, a lot of coaching of course a lot of hour a lot of energy put in. But I have to say I couldn’t have done it without them, they have been great to me. So we are going to see on Saturday.

UFC: What’s been the biggest difference that Team Elevation has made in your training?

AO: I like them because they are all round. It’s the chemistry within the team and the message that they have, but it’s also the technical ability. You have to give props to the coaches. They were able to activate me, energize me and push me in different ways.

UFC: You’ve been in the fight game for a long time. What keeps you going?

AO: I’ve been in it forever right? 25 years training, 20 years competing and almost nine years at the highest level. And still I’m not fed up. I still love it. And it will show this Saturday. It’s a lifestyle, it’s improving as a mix martial artist. This switching camp has proven to me that I have not finished learning, and you’re actually never finished learning that should be your back thought. There’s still stuff for me to do in there and it’s not like ‘oh I don’t know what else to do’. There tons of things I can do, I could lie on a beach somewhere and chill but I’m just not there yet.

I feel the energy is burning inside. I have the energy, I have put in the work. You know I’m not going to talk titles and this and that because that’s way to mature. But I will talk the destruction of an opponent this Saturday and then from there anything else is possible. 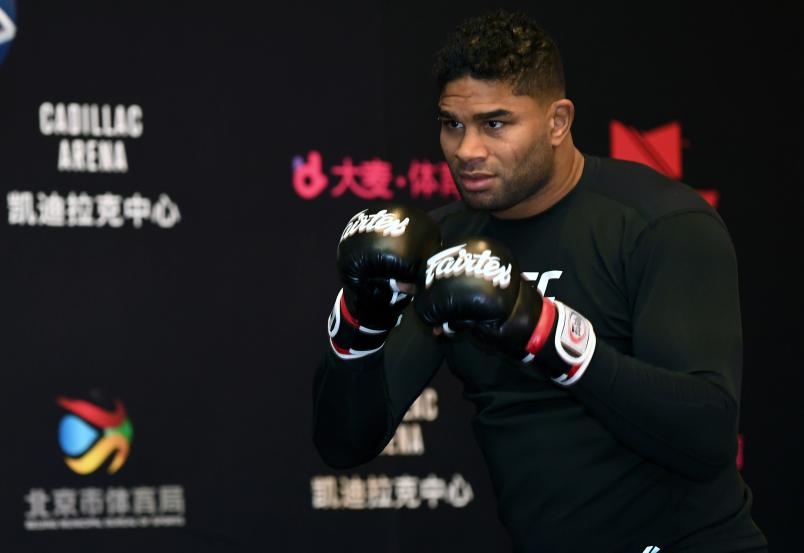 UFC: Do you have a chip on your shoulder right now? Where does your motivation come from?

AO: I’ve always fought from myself, from my first fight ‘til now I’ve fought for myself. I think that’s the way it should be right? You need to have the motivation within you to go to the gym and to improve your game and to want to beat someone up. If that has to come from other that have or do not have my best interest at heart that would never work. It’s always been about me and what I want to do. What I have done and what I’m going to do.

UFC: How are you a bad match-up for Sergey?

AO: I’m a bad match-up in a lot of ways but he doesn’t know yet because he’s looking at my last two fights like ‘I could take this guy’. But it’s going to be a different ball game.

UFC: What have you seen from him that might impresses you?

Make sure you watch Alistair Overeem take on Sergey Pavlovich live on UFC Fight Pass this Saturday at 6:30/3:30 am ETPT.