Pannie Kianzad and Macy Chiasson got along during The Ultimate Fighter: Heavy Hitters, but the former training partners aren't letting their friendship get in the way of a UFC contract.
By Zac Pacleb - UFC.com • Nov. 29, 2018

If a dream was within reach, and one person stood in your way, you probably would carry some sort of animosity toward that person. If that dream included a career in fighting, it’s even less likely you’d feel favorably toward this human roadblock. 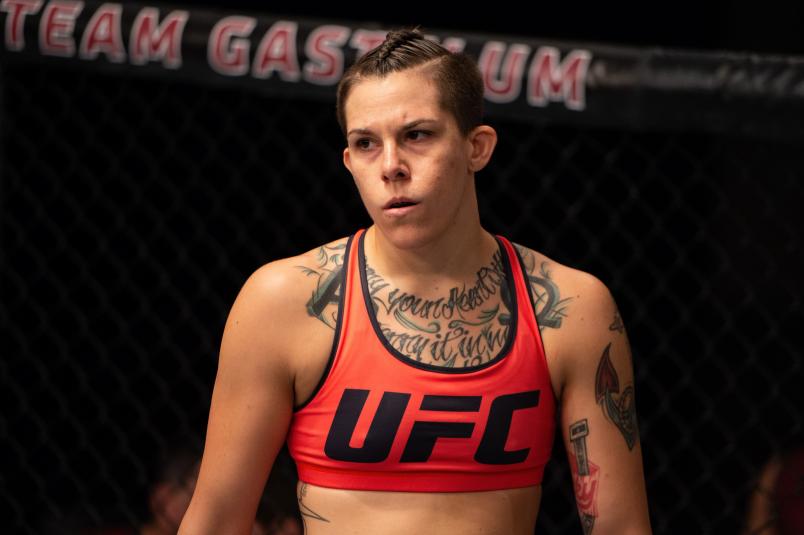 LAS VEGAS, NV - AUGUST 15: Macy Chiasson stands in her corner before her bout against Leah Letson during the filming of The Ultimate Fighter: Heavy Hitters on August 15, 2018 in Las Vegas, Nevada. (Photo by Chris Unger/Zuffa LLC/Zuffa LLC via Getty Images

But when Pannie Kianzad and Macy Chiasson saw each other ahead of their fight with a UFC contract on the line, it was nothing but friendship. In fact, Chiasson said they gave each other a huge hug.

“I want to just be like, ‘Hey, come to my room. Let’s hang out,’ which is really weird,” Chiasson said. “But also, I’m in that fight mode, so every time I see her, I kind of don’t want to interact with her.”

When Chiasson gets into fight mode, she’s had nothing but success. Despite having just a couple of professional mixed martial arts fights under her belt entering the house, the coaches took a quick liking to her.

I was in shock when Kelvin picked me first. I was like, ‘Did he not look at my record?’ I only had two fights. I’ve had a pretty long amateur career, but I only have two fights as a pro, and that wasn’t what they were looking for.

“They were looking to see is this person coachable, can this person adapt in certain situations? Like I said on the show, I’m not worried about where my record is. That does not depict me as a fighter.” 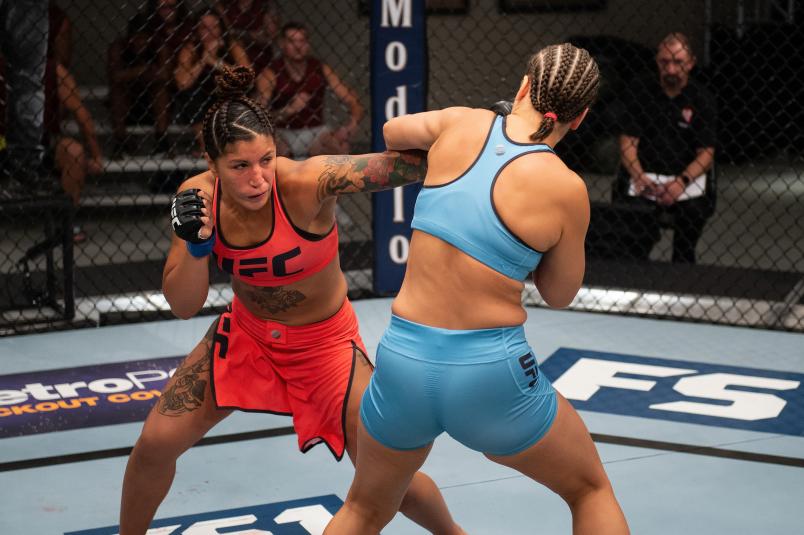 On the other hand, Kianzad has a decently-sized professional resume with 10 wins in 13 fights, including a unanimous decision victory over Jessica-Rose Clark in 2015. After starting her career at featherweight, Kianzad moved down to bantamweight with mixed success, suffering three consecutive Invicta losses from 2015 to early 2018.

A return to featherweight for this season of TUF has come with obvious success, and she’s looking to round it out with her hand raised on November 30. From the moment she got into the TUF house, she had a sense that she was on a collision course with Chiasson although the two were training partners.

“I knew coming into the show that me and her would be the best ones there,” Kianzad said. “I knew, so I already knew that if I just keep my focus and win my fights, we would meet in the finale.”

Despite their familiarities with each other, they both expressed caution toward believing they knew each other inside and out. Chiasson talked about the unique circumstances surrounding the show and how styles can change because of the team that is around you whereas Kianzad said fighting someone you’re familiar with brings the best out of you.

“Every fighter has heart,” she said. “But as soon as I smell blood, it’s whatever it takes.”

Fans will get to see exactly what a win will take when the two finalists step into the Octagon on Friday night, adding another potentially notable element to the featherweight division.