Protect ya neck, Do Bronx is coming 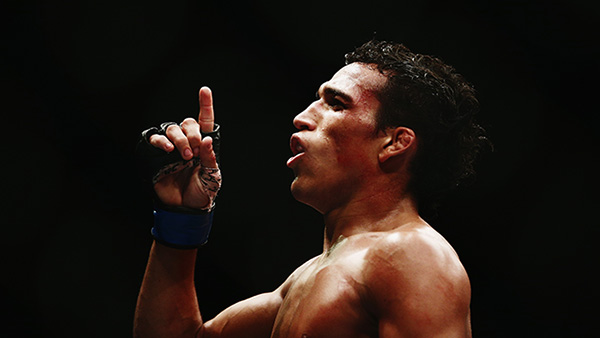 And “Do Bronx” has been doing it since his debut on August 1st, 2010. After only 41 seconds inside the Octagon, the then 20-year-old from Sao Paulo, Brazil secured his first UFC submission win via armbar over the always-tough Darren Elkins. The finish was a jolt of jiu-jitsu brilliance, which announced a new grappling force had arrived. Since then, no fighter has compiled more taps inside the Octagon than Oliveira.

Owning a 20-4, 1NC pro record, Oliveira is a true submission magician, having earned his seven sub stoppages by a variety of holds, from the oft seen to the rarely seen to the never seen in the UFC. Across this same span, Oliveira has grown into a well-rounded threat who is currently the #7 ranked UFC featherweight while cashing in nine Fight Night bonuses including two in his most recent outing, a hotly-anticipated rematch against Nik Lentz at UFC Fight Night: Condit vs. Alves in May. 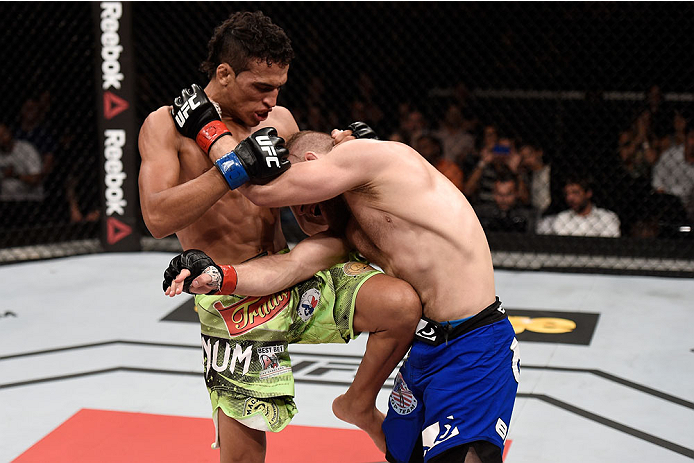 “I wanted to finish him again,” Oliveira said. “All my training was to finish Nik Lentz again.”

If he’s a guaranteed must watch on any given night, just imagine what Oliveira is capable of in a co-main event slot in his native Brazil taking on a bitter rival. It all started when the pair were scrapping 10 pounds heavier as lightweights, Oliveira clashed with Lentz in June 2011 at UFC Live: Kongo vs. Barry. It was a wild, back-and-forth battle that ended when Oliveira landed an overzealous and illegal knee to Lentz’s noggin while “The Carny” was still a downed opponent. The seven-minute melee earned each combatant their first Fight of the Night bonus.

“When I first fought Nik, people used to call him a boring fighter,” Oliveira said. “I told everyone that I would make him into an exciting fighter when he fought me. I took risks. I played his game with him - wrestling and ground-and-pound. He was not able to hold me down or hold me on the fence, so he has to open up his game. When he does that, it makes for an exciting fight.”

Smash cut to May, and Oliveira and Lentz picked up right where they left off with another Fight of the Night bonus blowout. The rematch was eerily similar to the original, with relentless takedowns from Lentz, a litany of submission attempts from Oliveira and, again, it was Do Bronx’s knees that really played a huge factor. In probably the best display of his striking to date, Oliveira battered Lentz in the clinch with knees and popped him at range with stiff jabs. Of course, Oliveira’s vaunted BJJ black belt skills shined the brightest with the bout-ending guillotine choke. 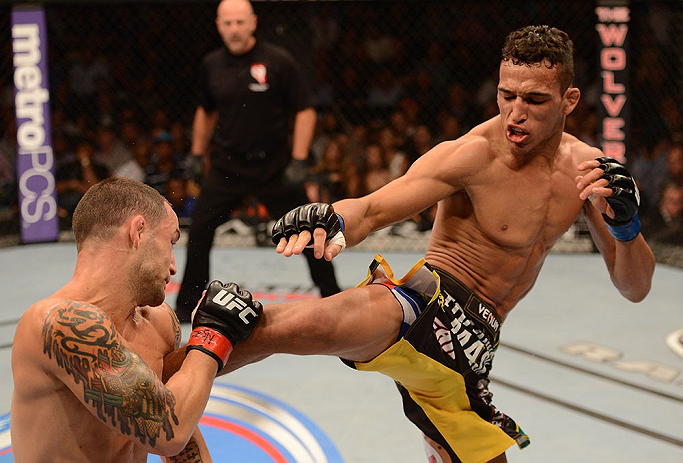 “I knew I would finish him - the sub or KO was coming,” Oliveira said. “I open up my game, take risks, and always look to finish. The pressure I was putting on him was great. To be an MMA fighter, you have to be the best at everything.  My striking helps my ground game and my ground game helps my striking - that is MMA.”

Up next, Oliveira is set for his first UFC main event as he collides with fellow featherweight finisher Max Holloway. The fighting Hawaiian from Gracie Technics is riding a six-fight win streak, including five finishes, with the most recent being the statement-making, Performance of the Night-nabbing sub stoppage of Cub Swanson in April. It makes one wonder what the people of Saskatoon, Canada must have done in a previous life to deserve a possible 25 minutes between Oliveira and Holloway, because “Blessed” is about the best dance partner Do Bronx could ever hope for.

“Max is a great fighter with big wins,” Oliveira said. “He will be a very tough fight. I will have to train very hard. I will have to train harder than I have trained before. I always want to train harder for my next fight than I have trained for my last fight. This will be a very exciting fight. Max comes to fight and would love to finish me. I will be looking to finish him. This makes for a great fight. Plus, I do not have to be worried about him holding me to the fence or stalling.”

In preparation for Holloway, Oliveira is busy working at the gym that is his namesake. Keeping his ground game as 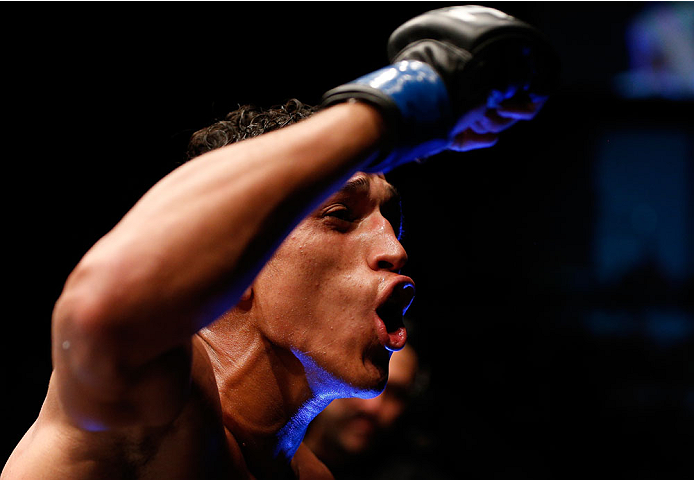 strong as ever, Oliveira rolls with highly credentialed BJJ black belts Ericson Cardozo and Jorge “Macaco” Patino of the Do Bronx Gold Team. In charge of Oliveira’s evolving stand-up is Diego Lima from the legendary Chute Boxe gym. Even though he has the most submissions since 2010, Oliveira is humble about his grappling skills, which could have him fighting for UFC gold in the future.

“I live in Brazil where everyone trains jiu-jitsu,” Oliveira said. “I still train with the gi everyday, with the best coaches Ericson Cardozo and ‘Macaco’. I think my MMA jiu-jitsu is very good. Some people train jiu-jitsu to win jiu-jitsu tournaments and some train jiu-jitsu for MMA. Now, with the growth of the sport, it is two different things. There are moves that work very well in the sport, but you could never do in MMA. If I win the UFC title, it will be because of jiu-jitsu.”

This Sunday, two of the most fan-friendly featherweights will tangle for a top contender spot in front of a very lucky Canadian crowd, as Oliveira takes on Holloway. “I am not a kid anymore fighting in the UFC,” Oliveira said. “I have a lot of experience and I understand what it takes to be champion. I fight who the UFC tells me to fight; if I win and the UFC thinks I should fight for the title, that will be my dream come true.”