The Power of Johny Hendricks

"For me to become what I want to become, I have to win this fight." - Johny Hendricks 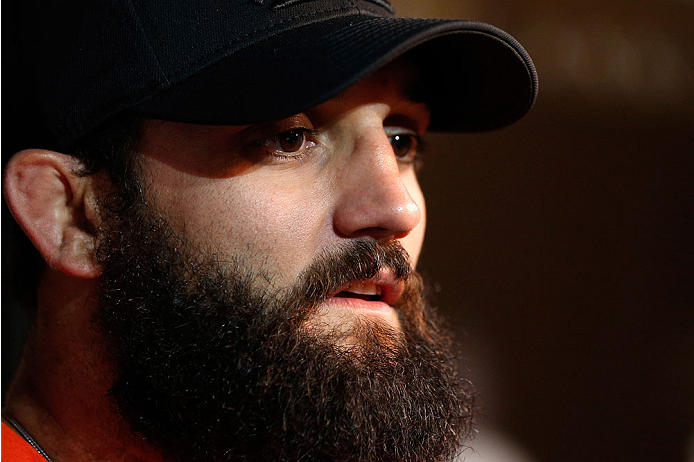 Sure, Georges St-Pierre rolling with UFC Hall of Famer Royce Gracie during the open workouts for UFC 167 earlier this week was pretty impressive. But the UFC welterweight champion’s challenger in this Saturday’s main event had some pretty impressive company during an impromptu training session a while back: boxing Hall of Famer “Iron” Mike Tyson.

“It was awesome,” said Hendricks of working briefly with the former heavyweight champ. “We’re sort of the same. I’m not comparing myself to Tyson with everything that he’s accomplished, but our body types are sort of the same. We’re both short in our division, but we’re both very powerful. And if I can learn a couple things, like how he moves in and out, and how he loads up his hook hand, there are a couple things that really stuck out to me that he told me that I can’t wait to try for the fight.”

If you thought Hendricks was scary before, that just made him a bit scarier. Owner of the kind of power that can make opponents consider a different line of work and that knocked out Martin Kampmann and Jon Fitch in a combined 58 seconds, “Bigg Rigg” brings the menace to the Octagon that Tyson brought to the ring, and the way Hendricks sees it, that’s something you’re born with.

At the moment, Hendricks isn’t thinking about ten years down the road; he’s focused on Saturday night and the opportunity to upset St-Pierre and take his championship belt. The only thing is, to a lot of fans, pundits, and fighters, Hendricks winning wouldn’t be a monumental upset. Simply put, with the Oklahoma native’s power and the wrestling that won him two NCAA Division I titles, he’s seen as GSP’s toughest challenge yet. > Watch: Hendricks and St-Pierre on UFC Primetime

Then again, we’ve heard that before about challengers to the Canadian’s throne before, only to see him dominate on fight night and rack up another victory. So how does GSP do it?

“It’s the way that he uses his wrestling, the way that he uses his top game,” said Hendricks. “You know with GSP you’re gonna get a five round fight. If you’re going in there thinking you can knock him out or do this or do that, no. You’ve got to say all right, this is going to be 25 minutes, and in those 25 minutes it’s gonna be a battle, it’s gonna be a war. And that’s what I’m training for. I’m also training to where if he takes me down, I don’t care. I can switch from a striker to a wrestler, probably easier than he can because that’s my background. I want to strike, but if it fails, I have a step B, I have a step C. I don’t have to just rely on one thing.”

But that one thing is a nice one to rely on, even if GSP knows it’s coming and will likely be doing everything in his power to avoid it. > Watch: Hendricks' UFC Breakthrough

“Here’s the thing,” said Hendricks. “Everybody knows about my left hand, and I still hit them with it. It might not be the first round, it might not be the second round, but all I have to do is connect, and I know I can connect. I’m not really too concerned if I hit him with my left hand because I know I can knock him out with my right or left. I would like to hit somebody with my right hand and finish the fight because then once people realize that I can knock people out with both hands, then that’s when I’ll start getting even scarier.”

Scarier? And you thought the tips from Tyson were scary enough.

“That’s the fear that I need to create,” Hendricks continues. “Now look how easy my takedowns are 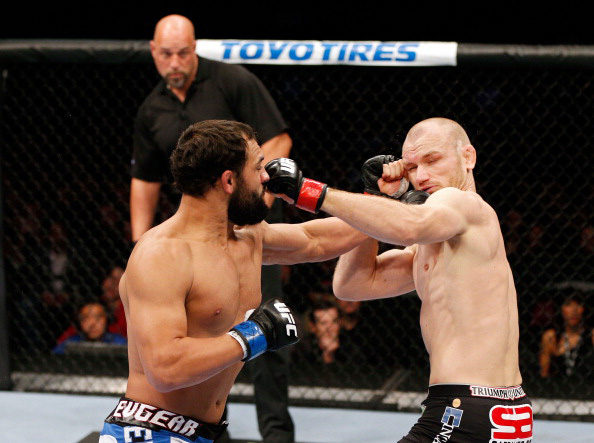 getting. I don’t have to use that much power because people are so scared of this left hand that as they see me loading up on it, their hands automatically go up, and as soon as they go up, I don’t have to hit them. I can act like I missed and go straight to a takedown. It opens up so much more, and that’s what I need. I said it around four years ago, as soon as people start fearing my hands, my wrestling will be that much easier.”

It’s the perfect plan for what Hendricks hopes will be the perfect fight. Sure, the 30-year-old is stepping into the Octagon on Saturday night with all his dreams within grasp, a pressure-laden experience to say the least. But when he says he welcomes all that, he’s not kidding. He really means it.

“It feels like you either become somebody or you’re just another name, and that’s the way I’ve always looked at it,” he said of this championship fight. “For me to become what I want to become, I have to win this fight. It brings life out of me, energy out of me, and focus out of me, and the higher the stakes, the better I become. I don’t know why, I just love the pressure. I want to be the person with the target on my back, I want to be the person with the belt. That means as soon as I win that belt, every fight is top of the line and they can’t wait for you to lose. (Laughs) And I don’t fold under the pressure; I embrace it and I try to overcome it.” > Watch: Hendricks on Beyond the Octagon