After three fight cards in eight days, we look back at the standout stats from those events.

35
Number of UFC fights during that span

2
Number of main events that were rematches (Condit vs. Kampann and Henderson vs. Pettis)

1
Number in which the same fighter prevailed (Pettis beat Henderson for a second time: Condit TKOd Kampmann, who'd narrowly defeated him by decision in their first meeting) 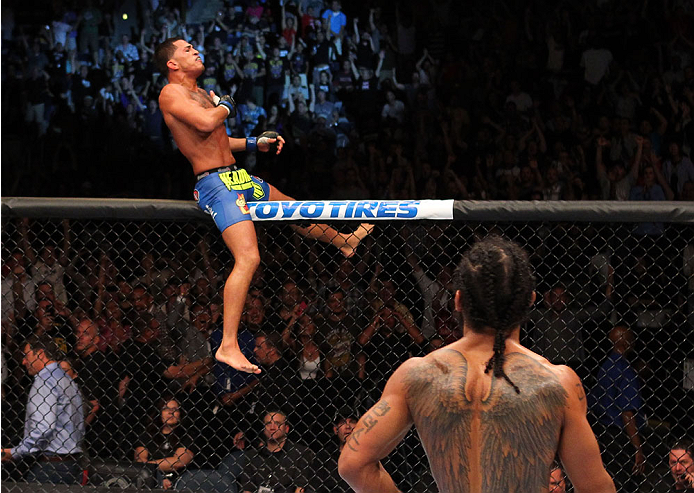 2
Number of top contenders confirmed: Glover Teixeria will take on the winner of UFC 165’s Jon Jones vs. Alexander Gustafsson for the light heavyweight strap; T.J. Grant will on Pettis for the lightweight gold 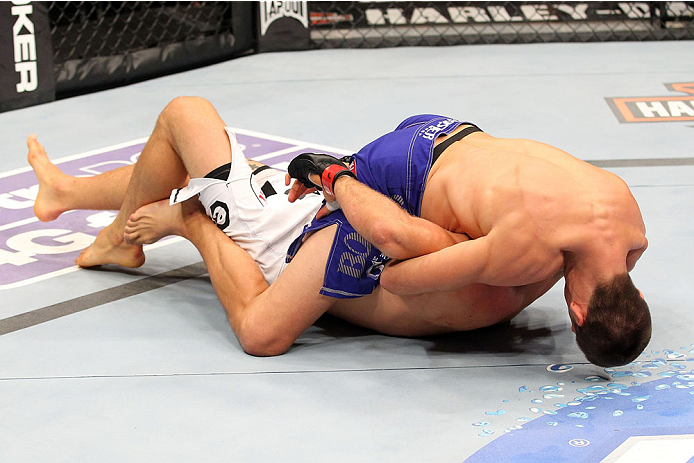 8:26
Length in minutes of the other two main events: Pettis submitting Henderson and Texieira knocking out Bader at UFC Fight Night in Brazil 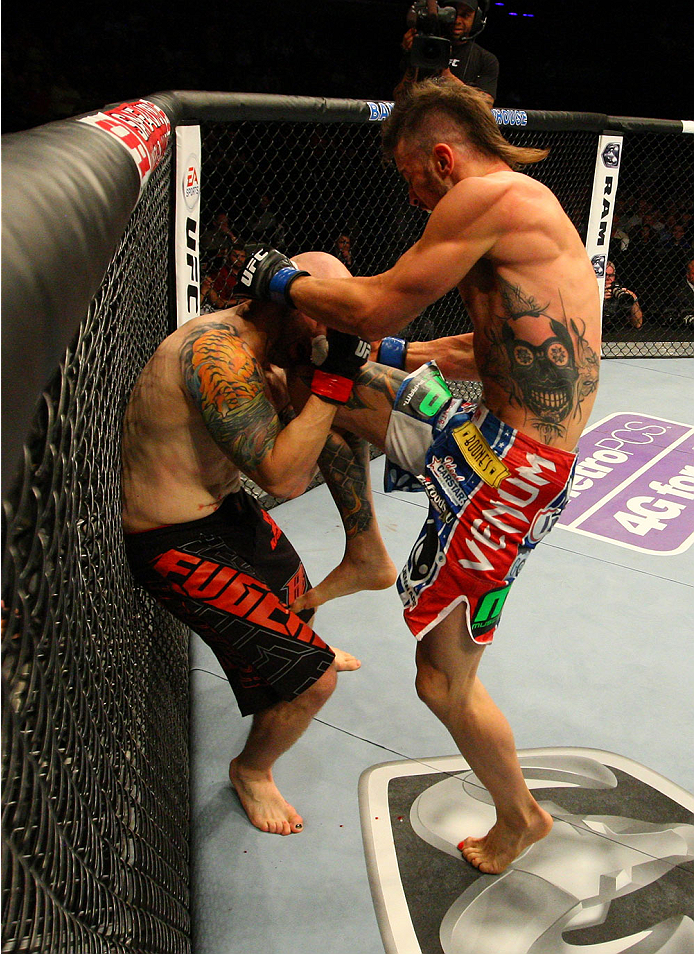 2
Number of those that belong to Dustin Poirier, who fought at UFC 164 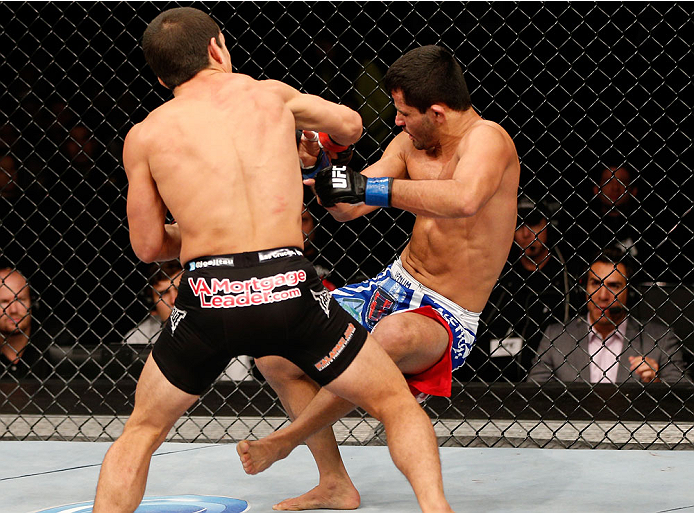 2
Number of those who won by knockout

17
UFC wins from Team Alpha Male members since Duane “Bang” Ludwig took over as head coach, to no losses

165,000
Dollars in bonus money “Showtime” Pettis has won in his last three fights: KOTN of Joe Lauzon, KOTN of Donald Cerrone, and SOTN of Benson Henderson 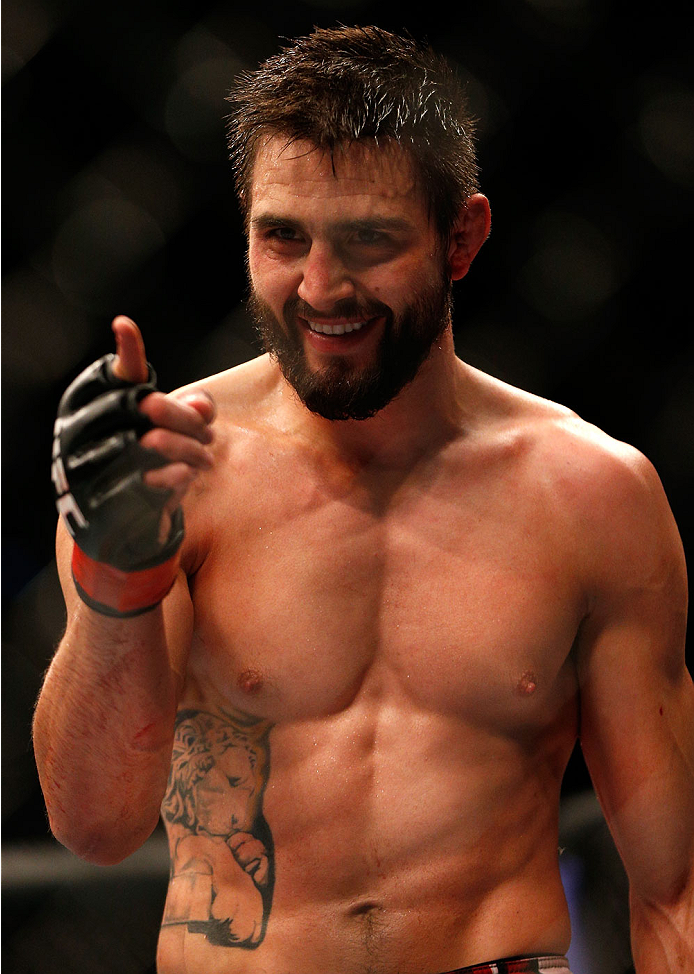 385,000
Dollars in bonus money Condit has won from 6 “of the night” awards in his last 7 fights: four Fight of the Night and two Knockout of the Night bonuses awards

27-30
The oddball scorecard for Whittaker, which disagreed with the two 29-28 scorecards for McGee