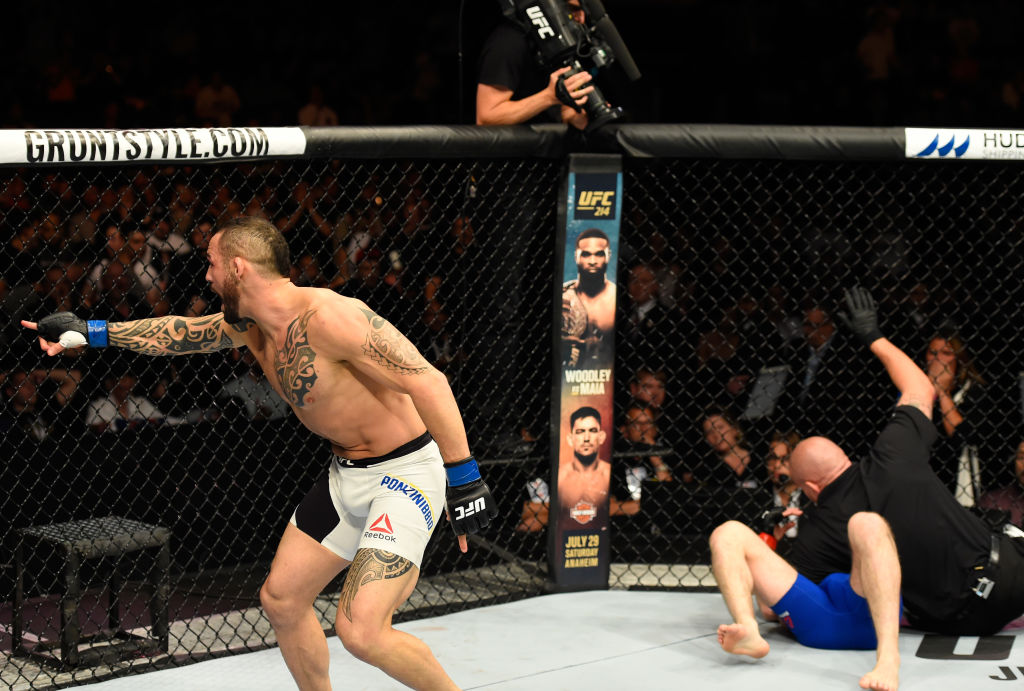 In the biggest fight of his pro career, Argentina’s Santiago Ponzinibbio came up huge, knocking out Gunnar Nelson in the first round of the main event of the UFC’s return to The SSE Hydro in Glasgow, Scotland on Sunday.

“I am the best striker in this division,” Ponzinibbio. “I am the next champion of this division. I am ready for everything and everyone at 170 pounds in the world.”

Nelson staggered Ponzinibbio with an uppercut in the opening seconds of the bout, prompting the La Plata native to stop his aggressive march and begin backing off to pick his shots better. That was a good call, as a flush right hand nearly spun Nelson around and sent him reeling into the fence. There, a left dropped Nelson hard to the canvas, and a follow-up right hand brought in referee Leon Roberts to halt matters. The official time of the stoppage was 1:22 of round one.