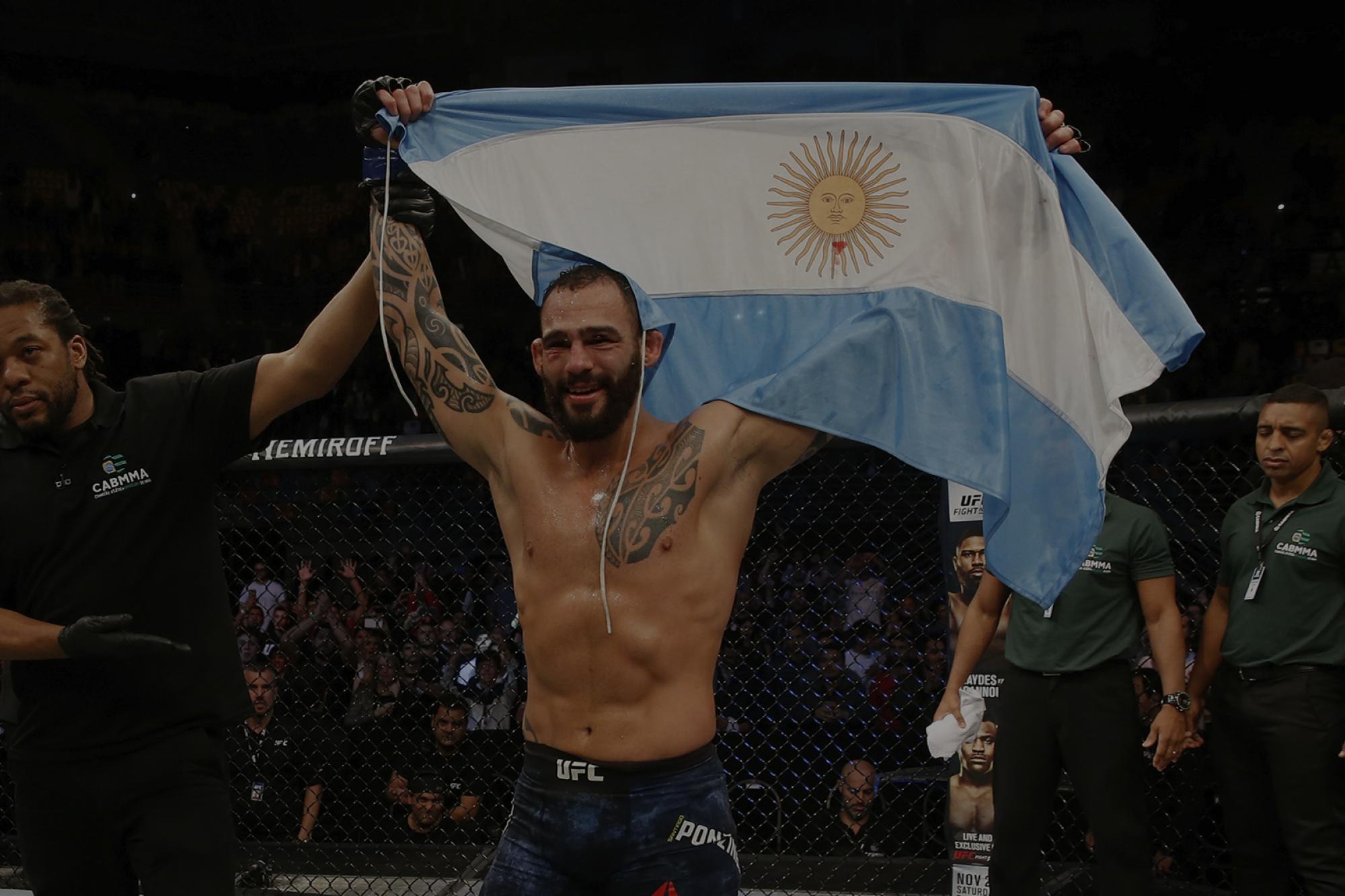 Fighting at home in Buenos Aires for the first time since 2010, welterweight contender Santiago Ponzinibbio thrilled the fans at Arena Parque Roca on Saturday night, as he knocked out Neil Magny in the fourth round of their UFC Argentina main event to extend his current win streak to seven.

After eating a hard jab early, Magny had some issues with his right eye, allowing Ponzinibbio to press the action as he looked for the finisher. Soon enough, Magny was able to get his bearings back and he fired back with punches and kicks to keep Ponzinibbio at bay. With two minutes left, Magny finally got his back off the fence, but Ponzinibbio’s pressure had him back there soon enough, and the hometown hero finished the round strong, with a right hand stunning the Coloradan just before the horn.

In the opening minute of round two, Ponzinibbio put Magny on the deck with a kick to the leg, but Magny got up quickly. Ponzinibbio was growing more confident by the second, though, and his pressure was paying dividends in the biggest fight of his career. Magny wasn’t going away, though, and soon Ponzinibbio was cut over his left eye from a clash of heads. After referee Herb Dean had the Octagonside doctor check the cut out, Ponzinibbio went on the attack with a sense of urgency, and with Magny wobbling from the kicks to the leg, he didn’t have the mobility to escape the onslaught the way he wanted to.

The pace dipped in the third, but the pattern remained unchanged, as Ponzinibbio stalked Magny and fired at his leg with kicks when not landing 1-2s upstairs. Magny got in his share of shots in response, leaving the door open for a late comeback.

More punishing kicks to the leg put Magny on the deck three times early in round four, and as Dean looked on closely, it appeared that the end was near. Magny refused to give in, but with his focus on his leg, Ponzinibbio took his attack upstairs, with a single right hand to the head putting Magny face down on the canvas, ending the fight at 2:36 of the fourth frame.