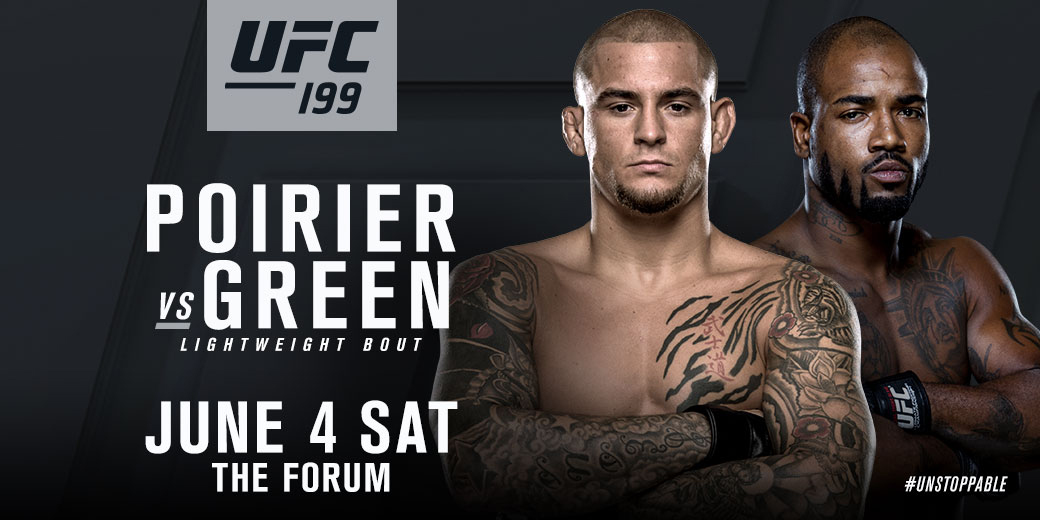 Unbeaten in his return to the lightweight division, tenth-ranked contender Dustin Poirier puts his three-fight winning streak on the line against 12th-ranked Bobby Green in a UFC 199 bout on June 4.

In the main event, which airs live on Pay-Per-View from The Forum in Inglewood, California, Luke Rockhold defends his UFC middleweight title against Chris Weidman. In the co-featured bout, Dominick Cruz defends his UFC bantamweight crown against Urijah Faber.

A former featherweight contender, Poirier moved back to 155 pounds in 2015 and has since picked up three wins, knocking out Diego Ferreira and Yancy Medeiros and decisioning Joe Duffy. In Fontana's Green, Poirier will meet a fellow rising star who has won eight of his last nine, a stretch that includes four UFC wins. Back in action for the first time since November of 2014, Green will be hungry for a victory in his California backyard.