Poirier not done until he gets the gold belt 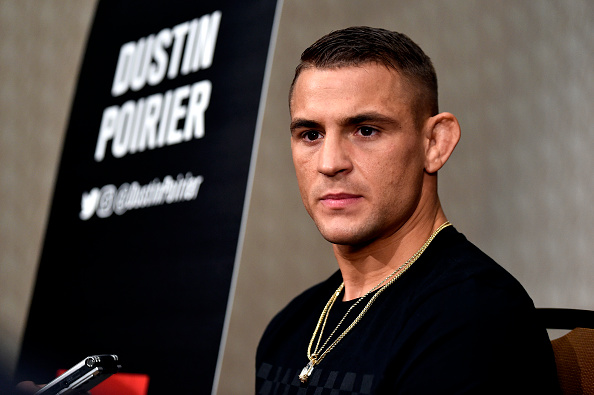 Dustin Poirier used to be predictable on fight night. Think of a soldier ripping his helmet off and running into battle with a machine gun under each arm. Today, though, even before he’s reached his 30th birthday, Poirier is a different guy. Now, he’s the sniper picking off foes from high in the sky.

“Exactly, you know it,” he laughs when discussing his evolution. “And that’s exactly what it is. It’s maturing as a fighter, but not just fighting, but in life. You find more efficient ways to do things and you work smarter. It’s evolution.”

There is still blood, and plenty of guts, evident in his fights. But with a more patient, tactical approach, Poirier likes to leave the blood on his opponent’s shorts and not his own.

“It’s definitely still kill or be killed, but now I look at fighting differently,” said the Louisiana native. “I used to want to go in there and get in these bloody wars and put myself to the test and my opponent to the test. But now, 38 fights in the sport and I have a young daughter at home, your mindset changes. I want to get in there and fight smart, I want to have a long career, I don’t want to take a lot of damage and I want to go home to my daughter healthy.”

"As a person, not so much anymore. I don't have a whole lot of respect for him."@DustinPoirier recounts the first meeting against Alvarez and pulls no punches. #UFCCalgary pic.twitter.com/JvEM6BHg8D
— UFC (@ufc) July 27, 2018

Poirier, one of the good guys of MMA, is someone you share that wish with. You want to see him go home healthy to his family and have a long career in this toughest of sports. And if you’ve followed his career from his days in the WEC in 2010, you also want to see him get a shot at the sport’s biggest prize – a UFC championship.

It’s a moment that has eluded him thus far, but with a 3-0, 1 NC record in his last four bouts – the no contest coming against the man he faces in Calgary on Saturday, Eddie Alvarez – he’s getting closer than he’s ever been before. And that’s a long way from where he was in September 2014, when he was stopped in less than two minutes by Conor McGregor in his last bout at featherweight. At that moment, world title shots seemed to be far away.

“Not just that fight, but after every setback I felt that,” Poirier, who has only lost once in nine subsequent bouts, said. “Those feelings go away and then I get back to doing what I do – and that’s working hard and being the best I can be.”
POIRIER AND ALVAREZ HAVE UNFINISHED BUSINESS | ROAD TO THE OCTAGON

He’s looked at his best in these past four fights, picking up three Fight of the Night awards for his wins over Jim Miller, Anthony Pettis and Justin Gaethje. The lone blemish was in his May 2017 fight with Alvarez, one in which he had the former champion on the verge of defeat before illegal knees from Alvarez put a halt to the bout and produced the no contest verdict.

Saturday’s rematch is one Poirier has wanted since, and now it’s happening.

“Right after the fight I really wanted the rematch because I wanted to whip Eddie, and a little part of me still does, obviously, but this fight just makes sense now because who else is there to fight ahead of me,” said Poirier, who doesn’t overlook Alvarez even though he nearly stopped him the first time around.

“Not at all. I’m really motivated for this fight, I’m excited about it, and just in a year’s time I’m a more mature fighter. This time, when I hurt him, I’m gonna finish him.”

If he does just that, the No. 4-ranked Poirier will likely take the spot of the No. 3-ranked Alvarez, leaving just Conor McGregor and Tony Ferguson ahead of him in the race for a shot at champion Khabib Nurmagomedov. Poirier is determined to get the shot, and no matter when it comes or who has the belt when he gets there, he’s even more confident that he will leave with the words “World Champion” stamped next to his name.

“I’m not done until I get the gold belt,” Poirier said. “I just want to go asleep with it around my waist with it one night and then I’ll say, ‘You know, that’s a great career.’ I’ve been fighting since I was 18 years old, traveling all over the world, fighting the best guys in the world. I had some setbacks, always climbed my way back to the top, and I’m gonna make it happen. There’s no doubt in my mind that after I beat Eddie Alvarez, whenever I get into the Octagon to fight whoever has the belt, I’m gonna win the belt. I’ve never been more certain of anything in my entire career. When I get in there and the belt’s on the line, whatever night it is, whatever year it is, I’m gonna walk out of there a world champion.”