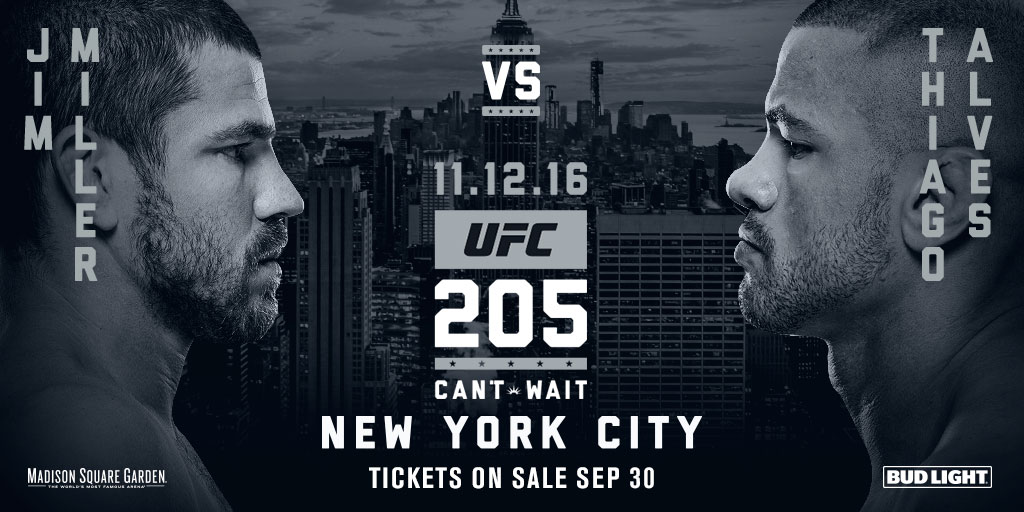 It might be a cliché used a thousand times over the course of Thiago Alves’s mixed martial arts career, but he’s used to it and he likes it, especially leading up to his return to the Octagon on November 12 against Jim Miller.

This “Pitbull” is ready to bite, and after nearly 18 months on the sidelines, he wants to be let off his leash.

“I think it’s a new beginning,” he said. “It’s a new beginning with a new weight class where I know I’m going to be ten times more competitive and that’s scary because I’ve been part of the top welterweights for years and years. And now I have a whole new set of fighters I can go through and that’s exciting. At this stage of my career, for an old dog to be that excited, that’s a scary thing.”

It is, but it’s also scary for a veteran of over 14 years in the sport to be changing neighborhoods from welterweight to lightweight, but after his May 2015 loss to Carlos Condit and an injury-induced layoff, the Brazilian bomber decided that it was time to make a change.

“It’s like I have a brand new body,” Alves said. “I’m way more athletic, and the things I can do with my body now, I wasn’t able to do since I was a young fighter. As you get older, I truly believe that you should be getting lighter because it’s less weight for your body to carry, and I feel fantastic.”

At 33, Alves is far from old, even in fight years, and he won two straight before his loss to Condit. And while the 155-pound weight class is just as brutal competition-wise as 170 is, the American Top Team standout is eager to start getting down to business in his new division.

“I’m just now approaching my prime at 33 years old, I’ve been through everything a fighter can possibly go through, and now I’m going to a weight class where the guys are my height and probably not as strong as I am,” he said. “I have a ton of experience with me and I’m gonna bring that with a lot of strength and will to win to be the best I can be and become a champion. So I’m going to bring all this and just unleash it on all these lightweights.”

The prospects for Alves against any number of opponents is intriguing, and the exciting matchups are nearly endless. But more important is the fact that he is actually back after this layoff, as well as the one that took him out of action for two years from 2012 to 2014. He says he never doubted that he would one day be back with gloves on.

“Not at all,” Alves said. “I knew I was always due for a comeback and it was just a matter of getting there and getting it done again. It’s never a fun thing to be sidelined and injured, but because I’ve been through it so many times, I learned how to deal with it better. Life is how you handle everything that happens. So I’ve been through it many, many times and I said, ‘You know what, I know exactly what to do; I’m just gonna regroup, get better and come back stronger than before.’ I know I’m ready and willing to do the walk any given day. So it’s no big news for me.”

That news is big for fight fans and for the rest of the lightweight division, though, especially for New Jersey’s Miller, the first man the 155-pound version of the “Pitbull” will face at Madison Square Garden.

“It’s an extra motivation to be in another big show in this organization, and I don’t take this for granted at all,” he said. “I appreciate everything that I’m able to do for this company and I’m prepared to put on a show. I know Jim Miller is gonna come ready, but it’s going to be a bad night for him. You don’t want to be against me from now on inside the Octagon. It’s a bad move.”