Former LFA Champion and DWCS Grad Looks To Keep Up Her Winning Ways
By Maddyn Johnstone-Thomas, On Twitter @MaddynThomas • Apr. 7, 2022

“I have always had this inside of me, this aggressive side, so when I was younger it was hard to deal with and hard to control, but when I found martial arts and the discipline that helped me to control all these of emotions, I started to build myself as a good, calm person outside of the ring or the Octagon,” Rodriguez told UFC.com ahead of her bout at UFC 273.

The 29-year-old strawweight is set to make her Octagon debut at UFC 273 on Saturday night after an impressive showing on Dana White’s Contender Series last fall. Rodriguez has complied at perfect 7-0 record, with all but two of those victories coming by knockout.

The former LFA strawweight champion is taking in all the moments leading up to her walk on Saturday night.

“I’m very happy, I’m feeling a lot of emotions right now, but it’s weird because I’m very excited, but I have an inner peace because I feel like I’m in the right place at the right moment,” Rodriguez said. “I’m enjoying this process a lot and you’re going to see it.”

The night will be special for Rodriguez, who is getting to make her debut on a pay-per-view card in front of a full crowd in Jacksonville.

“What else can I ask as a fighter, having a performance in front of such a big crowd in such a big event with such big fighters like this card?” Rodriguez said. “There’s nothing else I can ask. Life is finally giving me back all that I’ve been working for, so I’m very excited and I’m so grateful.”

Her opponent on Saturday night is 22-year-old Kay Hansen, who is the second youngest woman on the UFC roster. Hansen made her flyweight debut last time around against Jasmine Jasudavicius, where she fell on the wrong side of the judges’ scorecards. It was her first fight since 2020 after taking 2021 off to deal with some personal health issues. 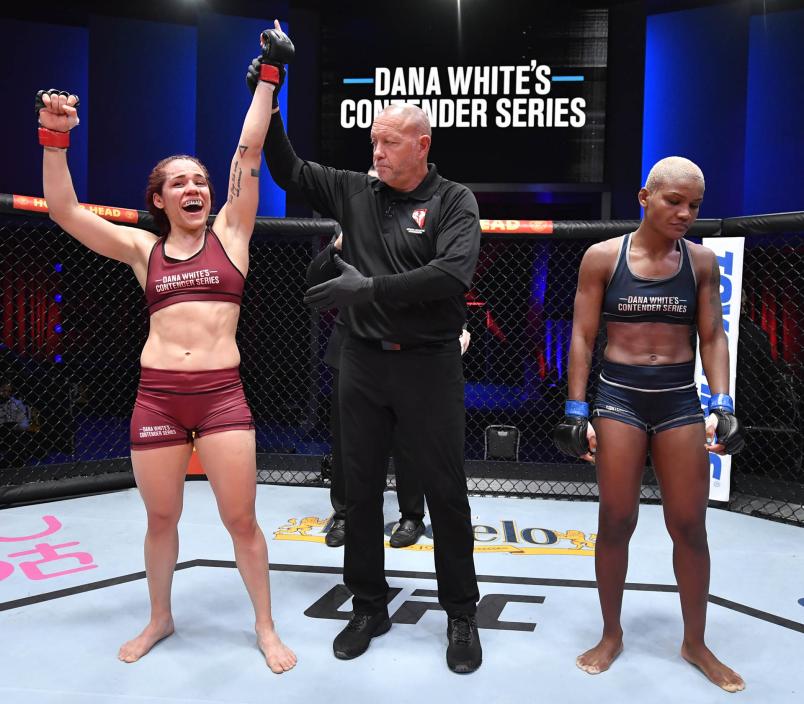 Rodriguez noted that Hansen is a dangerous opponent because she waits for her opponents to make mistakes and that’s how she capitalizes. Her strategic ability is something that “La Fiera” must look out for during the fight.

“I’m going to be very alert to not make any mistakes,” Rodriguez said. “I’m going to have my eyes open and don’t go into her game. That’s what she likes. She’s going to try to get close to me, take me down and grapple with me and I’m going to try and avoid that, of course, because I’m a striker. I’m a striker but I’m a mixed martial artist, so maybe in this fight you can see a little bit more of me. I don’t like to rush things. I don’t want to waste energy trying to show off.”

And when asked what fans can expect to see during the fight, Rodriguez’s answer was simple. 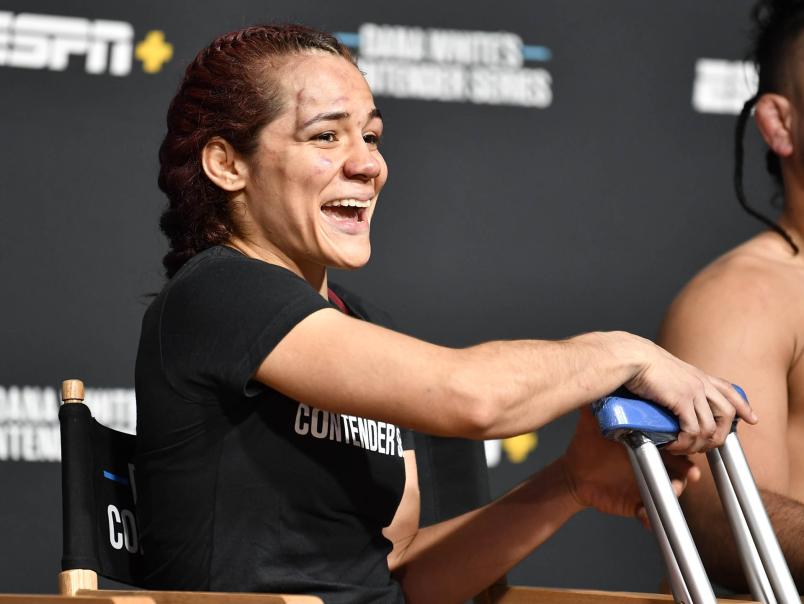 She’ll be strictly business as she makes her walk to the Octagon on Saturday night.

There’s nothing quite like a UFC debut for a fighter. Finally making it to the highest stage, especially on a PPV night. Rodriguez isn’t going to let the opportunity slip past her.

“This is my first fight, but this is not just a fight,” Rodriguez said. “I want to make a statement this Saturday. I want to show why I belong here. This Saturday is very important to me because it’s showing ‘La Fiera’ is here and she deserves to be here.”