Pichel's return allowed him to fall in love all over again 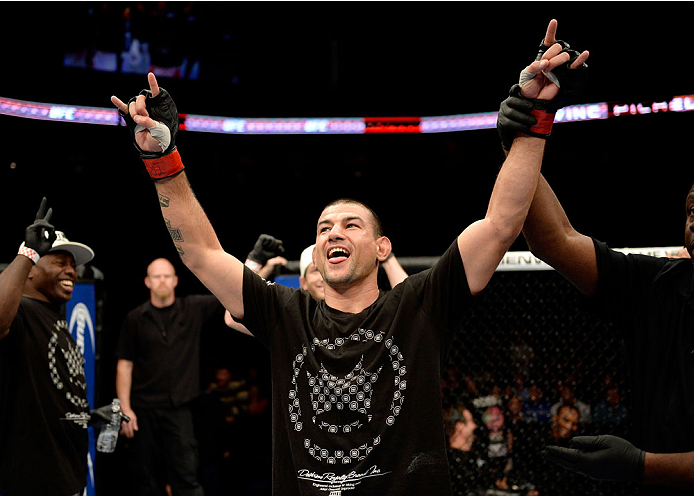 Vinc Pichel calls the reason for his three-year absence from active duty in the UFC Octagon as “A perfect storm.” But hurricane or tornado may be a more apt description as he went from a lightweight prospect with a two-fight winning streak in the biggest MMA show in the world to someone who was dealing with the possibility of never fighting again.

“Basically it comes down to three factors,” Pichel said of his three years away. “I suffered through a couple different injuries, I was involved in an ugly worker’s compensation dispute (in my day job), and my relationship with my fiancé ended. It was a perfect storm for me, and it’s kept me out of the Octagon since 2014.”

This weekend, Pichel is finally back, eager to turn that two-fight winning streak to three when he faces Damien Brown in Auckland. For a 34-year-old trying to make up for lost time in a tough division, it isn’t a desperate occasion, but a joyous one, one that has had him smiling ever since he got the green light to resume his career.
More from Fight Night Auckland: Hunt still loves fighting | Auckland Fantasy Preview | Lewis just one punch away

“It was indescribable,” he said of that day when he got the Brown fight. “It was almost like falling in love again. I love fighting and everything about it, so when I wasn’t able to fight, I was really heartbroken. I had a lot of things that bothered me, and I was easily set off by people and things. I got into a lot of arguments that really weighed me down. As soon as I got that green light, it was like I fell in love again. Everyone knows how it feels to fall in love with someone or something, and that’s honestly what I felt, again. I was just so happy.”

If you haven’t been where Pichel has, it’s impossible to relate to those feelings. Since 2007, Pichel found his place in the world through MMA, building a 9-1 pro record, with two of those wins coming in the UFC. But as he dealt with injuries and the aforementioned life issues, the TUF 15 competitor almost felt that part of himself being taken away.

“That was a huge thought that was constantly in my mind, and a big stress on me that was weighing me down,” he said. “That was always in my head. For a really long time, I felt like I would have to quit fighting. It took a big toll on my emotional state.”

But fighters fight, and if someone has made it to this level of the sport, he’s a fighter. So even as the stress of “real” life mounted, Pichel found his peace in the battles he already won on fight night, and that pushed him forward. 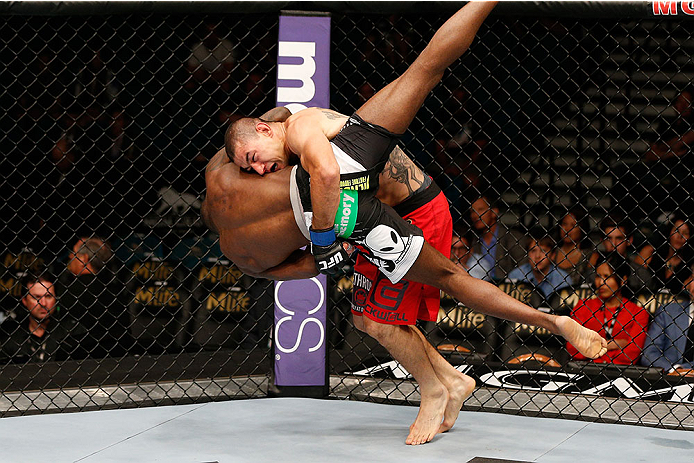 “I’m a hard worker, and I’m a fighter, through and through,” he said. “I’m the kind of person who will sacrifice everything for the greater good and believe that, one way or another, everything will work out and be as it’s supposed to be. But I don’t honestly know how I pushed on. It’s almost like one of my fights where I got my face broken in less than a minute and had double vision. I remember thinking that I was going to get knocked the f**k out. Between rounds I told my corner I had double vision and he said, ‘So what?’ That was just what I needed to hear. I’ve got family and friends who support me a lot and I’m a very strong person, mentally, and I’m very rarely broke by things like that. For a while, I felt like I was broken and hopeless. But I’m a big believer that things always work out, so I put my head down and do what I felt I had to do to get back in my head.”

Then another perfect storm happened. The injuries were healed, the life issues were straightened out, and Pichel got back in his head and moved his motivation to his fists. Now it’s Damien Brown’s turn to take three years of frustration from a fighter whose own mother dubbed him “From Hell.” So for those newer fans who never saw Pichel fight, his answer when asked what they should expect won’t come as a surprise.

“Anarchy,” he laughs. “It’s going to be controlled violence at its best. After this fight, the whole world is going to know who I am, and they’re going to realize that it doesn’t matter what’s in your path or what type of turmoil you have to overcome, if you want something bad enough, you’ll get it. I want to show everyone that.”