UFC bantamweight Elizabeth Phillips has only been a part of the roster for a little over a year, but it’s safe to say that she’s seen plenty over the course of two fights in the organization.

A lot, but not everything.

“I don’t think I’ve seen it all,” she laughs. “I think I’m just starting. Just when you think you’ve seen it all, then something else happens that blows your mind. But I hope the things I see are better, not worse.”

Phillips is in good spirits, quick with a laugh as she awaits her return to the Octagon on Saturday against Jessamyn Duke. It’s her first bout in nearly a year, and some might 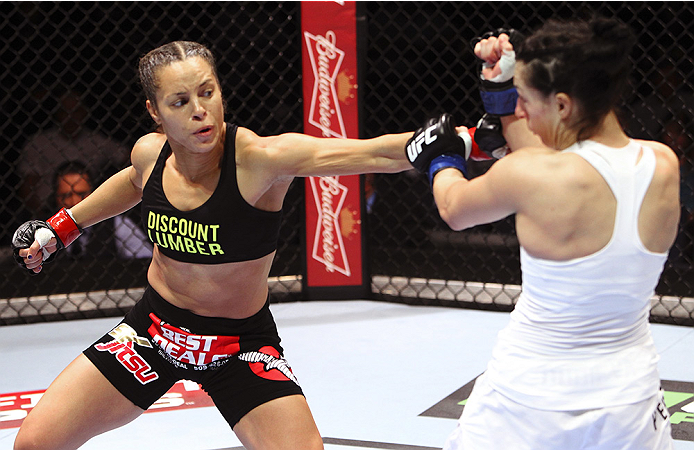 have assumed that after the second of two controversial decisions went against her that she simply decided to take her ball and go home.

“I was pretty disappointed with the outcome,” she said of her split decision loss to Milana Dudieva in Macao, China. “But fortunately now I have a different outlook on everything. I believe things happen for a reason and I might have felt that (walking away) temporarily, but overall, no, I didn’t feel that way.”

So what was the reason?

“I got into the UFC sooner than I thought I would,” Phillips, now 4-3 as a pro said. “I’ve only been in this sport for about four years, so I’ve been putting in major work in these last four years and I know a lot of these women have been in here for almost ten years. I just think that when you go to different countries, things happen, and I’m kind of a spiritual person, so I believe that you have to fail a few times in order to get to where you want to be, and I think that was my test. You’re gonna get screwed and think things aren’t fair, but you have to decide how you’re going to handle it. So I decided to go home and train harder than I ever had before and prove people wrong and show that I am a good fighter and I can win fights and finish fights and that I belong in the UFC. I didn’t want to let the haters win. I thought of it as a setback and it’s a way to test me, so when I come back with this victory, I’ll be like ‘yep, it was all worth it.’” 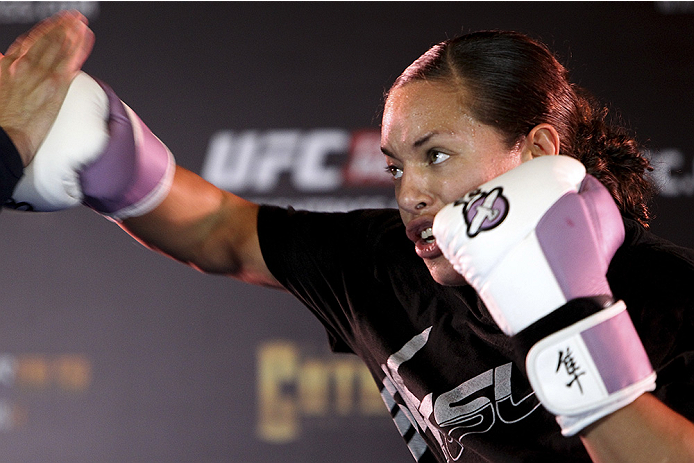 The 28-year-old Spokane native isn’t a whiner. Sometimes that needs to be made clear, because in the fight business you can often see someone get knocked out and they still think they won the fight. In Phillips’ two UFC bouts, first against Valerie Letourneau in June of 2014, and then against Dudieva, she lost split decisions. She probably should have won both, yet while you can make a case for Letourneau pulling out the victory at UFC 174, the Dudieva decision is tougher to defend. To her credit, Phillips says of the defeats, “I guess you can put some of that partially on me. Everybody wants to finish and do the best that they can in their fights,” but unlike other sports, where if you score more points, goals or runs than your opponent, you win, in combat sports, everything is subjective, and the right fighter doesn’t always win. It’s not an MMA problem; it’s a combat sports problem, and those outside the sport don’t realize just how hard it can hit the fighter on the short end of a bad decision.

“I usually don’t get too upset if something like that happens once,” Phillips said. “But it was twice in a row. The one in Canada I could kinda deal with, but the one in China I had a hard time dealing with. And I think what the fans don’t really understand is that this is your life, this is your job, and this is your blood, sweat and tears going into this. You have to cut weight, you have to travel, it’s the stress of everything, and it’s extremely demanding on your body and on your mind, so when you come out with something that you feel that you deserve and that you won, it’s like someone hit you in the back of the legs and made me fall to the ground. That’s what I felt like. When you put that much work into something and it’s not only your job, but your passion, emotions fly, and if you’re not passionate about fighting, I don’t know why you would be in it.”

Yet after all that, Phillips remains, confident that if she can’t finish Duke, that if she does beat her over the course of 15 minutes, the right verdict will be rendered. It’s the 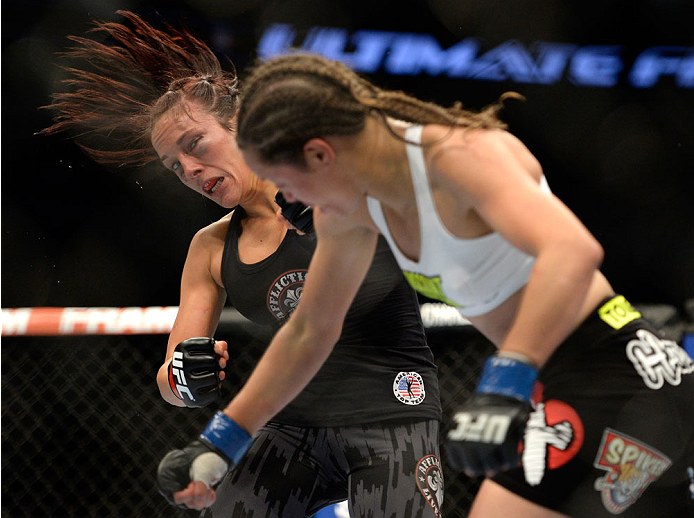 faith of a fighter, and while the war on fight night is waged alone, she is lucky to have her Sikjitsu teammates – Julianna Pena, Sam Sicilia, Michael Chiesa – not only on her side, but being in the same situation she is as prospects in the biggest MMA promotion in the world. And that kind of friendship is priceless.

“We’ve all lost a fight,” Phillips said. “There’s not one of us that’s undefeated, so it’s nice to be able to go home and have people you can look to and talk to and relate to things and build each other up. Every day, it’s more encouraging because you have somebody to train with and talk to, where if I was the only one in the UFC and I was dealing with people who were trying to make it to the UFC, it would be different because they wouldn’t understand what it’s like just to walk out with all those people out there. It’s a whole other animal.”

And that animal can bite sometimes.

That’s what keeps her coming back, and expecting that after seeing the worst of the sport, the best is just around the corner.

“I definitely know that when I come out with this win, I made it through a rough little patch that I’ve never had to deal with before,” Phillips said. “I can call myself a warrior just from the simple fact that I didn’t just give up and get discouraged and walk away. I kept positive.”