Phillip Hawes' Unexpected but Inevitable Path to the UFC

but it seemed like it was a lifetime to get to that point for the New Jersey native, who made his way to Fight Island on Abu Dhabi to stop Jacob Malkoun in emphatic fashion.

“It was an amazing experience, and I couldn’t have imagined a better debut,” said Hawes, who may be in the minority with that statement about his first trip to the Octagon. Simply put, this was expected from the 32-year-old middleweight almost from the time he first put on the gloves professionally in 2014.

Back then, he was the fighter most likely to succeed, a standout wrestler in junior college and for Division I Iowa State who had the athleticism and hands to be a natural in mixed martial arts. All he needed was a chance and he was going to knock it out of the park.

But then MMA’s Theater of the Unexpected reared its head. 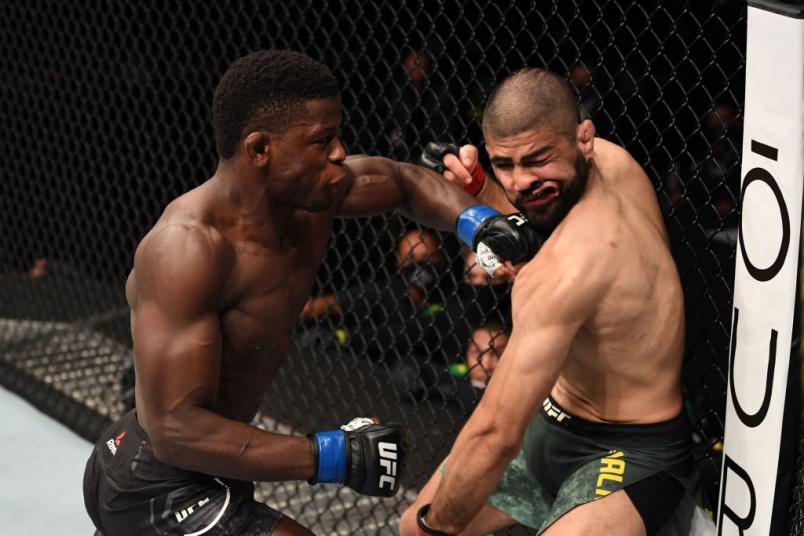 First, the 3-0 Hawes was predicted to run the table on season 23 of The Ultimate Fighter in 2016, but he lost a decision to eventual season winner Andrew Sanchez. A loss later that year to Louis Taylor garnered him his first official pro defeat, and that was followed by a knockout defeat to Julian Marquez on season one of Dana White’s Contender Series in 2017.

Suddenly, the hottest prospect in the sport was 4-2 with two chances to earn a UFC roster spot off the table. Yet Hawes didn’t lose hope.

“There was never a doubt,” he said. “I surround myself with positive people and I have a positive mindset so I knew this (getting to the UFC) was inevitable. I was 4-2 after my last loss. Conor McGregor was 4-2 at one point before he got to the UFC, as well, and he’s done amazing things in the sport. So that motivated me. If he can do it, I can do it.”

That’s all Hawes needed. Well, that and a lot of hard work. Plus, all eyes were going to continue to be on him when it was time to fight, so he had to deliver. That’s pressure, but Hawes embraced it.

"I'm feeling like no one in this world can touch me." - @PhillipHawes5 talks about his upcoming bout with Nassourdine Imavov, where his confidence comes from and more 🔊⬆️

“Dealing with high expectations is part of the game, and all fighters should strive to receive high expectations,” Hawes said. “But no one expects more for me than myself. So I can’t wait to prove the people who believe me in right.”

After the loss to Marquez, the Little Ferry native got down to business, woodshedding until the time was right to return.

When he did in June 2019, it was something to see, as he reeled off three consecutive first round finishes to get invited back to the Contender Series for a season four matchup against Khadzi Bestaev last September.

Hawes knew what was on the line, but with the stakes at their highest, he delivered, taking just 78 seconds to finish his foe. The UFC contract? A mere formality. Phillip Hawes was a UFC fighter. 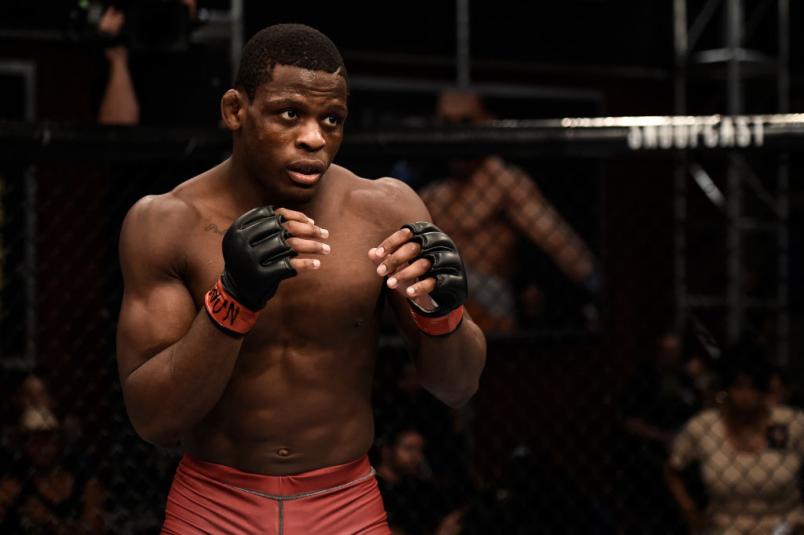 “There are so many things I can point to that helped me evolve and get to the UFC,” he said. “But if I had to name a couple, it was just gaining experience making the walk and continuing to be a student of the game.”

That process continues as he prepares for his first start of 2021 against Nassourdine Imavov. Again, the world is on the Hawes bandwagon, but he’s not letting it get to his head or make him look too far into the future. The goal is simple – one fight at a time.

“It looks like me knocking out Nassourdine and moving on to the next step in my career,” said Hawes when asked what the upcoming year holds for him.

So though it may have taken a little longer than expected, Hawes is here now, and that’s all that matters to him.

“I truly believe without the downs I wouldn’t be the complete and resilient fighter I am today,” he said. “So I would have to agree – yes, I appreciate this experience a lot more and I’m grateful.”

Make sure to watch Hawes and Imavov at UFC Fight Island 7, Saturday, January 16, live on ABC and ESPN+ at 3pm ET/12pm PT.