Hoping To Bounce Back From His First UFC Loss, Phil Hawes Is Amped To Return To Action At UFC Austin
By Maddyn Johnstone-Thomas, on Twitter @MaddynThomas • Jun. 17, 2022

Training at Sanford MMA in Deerfield Beach, Florida, has allowed Phil Hawes to feel confident for whatever fight or test may come his way inside the Octagon.

“I know my competition isn’t going to compare to what Sanford brings because every day I’m training with guys like Gilbert Burns,” Hawes said ahead of his bout against Deron Winn at UFC Fight Night: Kattar vs Emmett. “I’m training with so many great guys – (Kamaru) Usman is there, Ian Garry is there; man, there’s so many great guys, so I know my competition isn’t going to match up.”

Even though the training is tough, he knows his training partners will only bring out the best in him. He highlighted Burns, a top UFC welterweight contender, as someone who loves to train with, but also hates it, noting how much power Burns can bring. 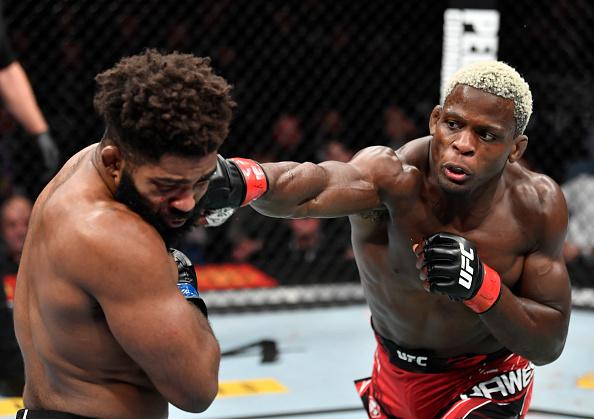 His team was there supporting him, following his first loss since 2019 against Chris Curtis last November.

“There’s ups and downs and Chris Curtis and MSG didn’t go the way I wanted it to. I didn’t plan on that, but we’re here now and I learned so much from it,” Hawes said. “They say you learn the most from the losses, unfortunately. I learned a lot. My team reached out and told me how great I was and told me how good I am going to be. It’s water under the bridge, we’re good.”

Hawes was set to return of the Octagon earlier this year in February, but he was pulled from the bout due to an injury.

Being able to finally fight once again four months later is something that Hawes is excited for. 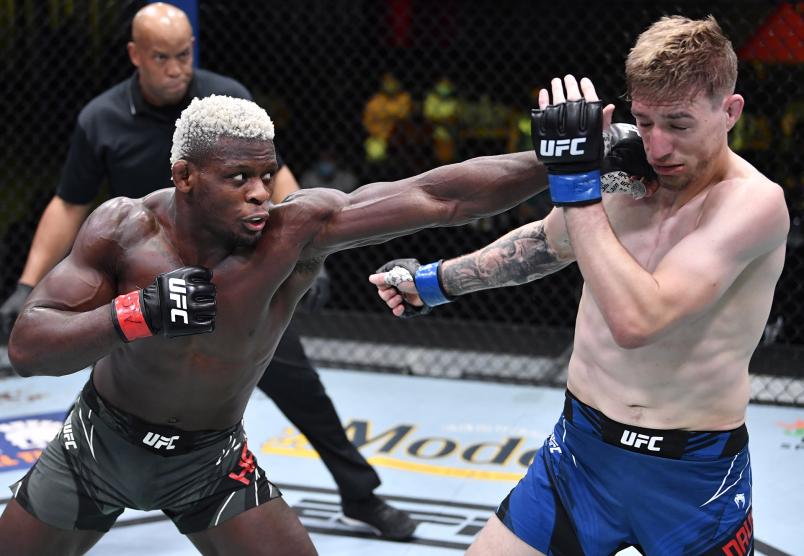 “It definitely adds a little anticipation for my fight on Saturday,” Hawes said. “It can take a toll on you, but I believe in the higher power, so it was like, ‘Whatever.’ I think it’s a bad thing for him because now I’m even more prepared for this go around. I’m super excited for Saturday.”

There’s another set of anticipation considering that this fight was delayed twice last year, once in July and then in October.

Hawes has had 14 fights since making his professional debut in 2014. He has earned seven wins by knockout and two by submission. His opponent has never been knocked out and has only been submitted once in his career.

The power that Hawes has in his hands is something he plans to showcase once again on Saturday night. 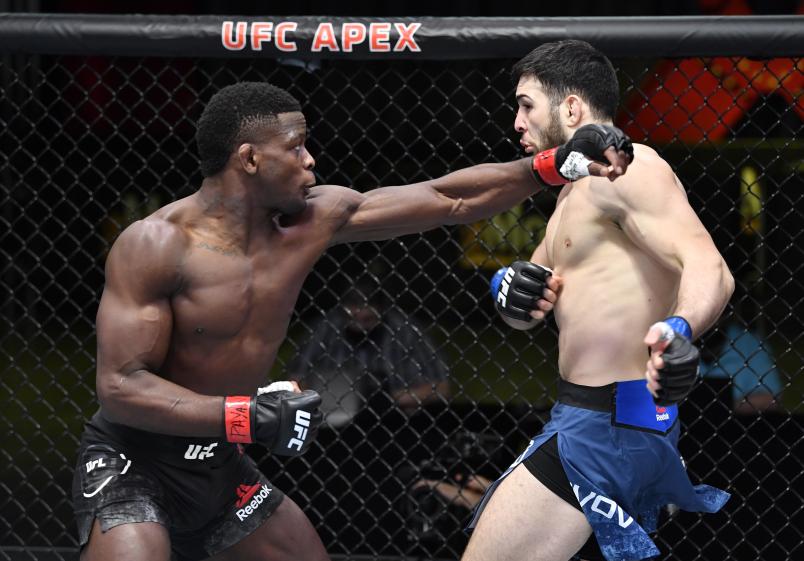 “I think he’s going to bring it. I think he’s a tough wrestler, but I’m a tough wrestler, too,” Hawes said. “I don’t think he has fought anyone of my wrestling caliber. You know what I do, I put people in body bags. I’m looking for the knockout, I’m not looking for the wrestling. We’re probably going to wrestle a little bit, but I’m ready for it, I’m excited for it.”

Two years into his UFC career, Hawes has racked up a record of 3-1. He knows that this is only the beginning of what is to come for his time in the Octagon. The 33-year-old has already noticed changes in himself since his first fight in the UFC, and there’s always more room to grow.

“As a fighter, I’ve grown so much,” Hawes said. “It’s hard not to grow in the UFC, and if you don’t grow, you’re probably going to get beat up. I’ve grown with experience. Experience in my confidence and belief in my skills.”

Hawes is eager to make his climb up the middleweight division, fighting the best athletes in the world. This weekend is just another test to showcase his skills and talent.