Phil Davis - Welcome To The Machine

"I just have to put on a great performance and I will be back in the mix and ready for those big fights again. And I will." - Phil Davis 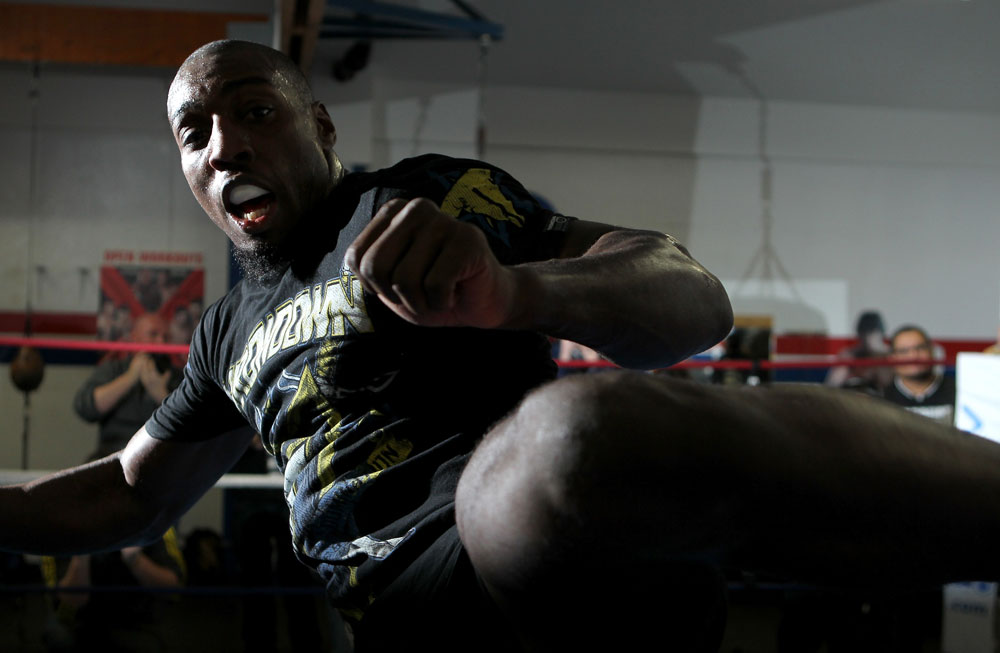 The last time light heavyweight prospect Phil Davis (9-1) fought, it was the main event of UFC on FOX 3: Evans vs Davis in January. That fight didn’t go well for “Mr. Wonderful,” as he was defeated in a unanimous decision that has been widely panned by fans and critics as a lackluster affair for the rising MMA star.

Davis does not disagree.

“I don’t know if I had jitters,” says Davis of his first main event appearance on FOX.  “I just had a horrible performance. For this camp, I spent a lot more time in the gym and I’ve prepared myself, my mind and my body for a much better fight. I think this time around I’m going to have a terrific fight.”

Davis meets UFC newcomer Wagner Prado (8-0) - an undefeated Brazilian who’s fought his entire career thus far in his native country - at UFC ON FOX 4: Rua vs Vera on August 4th at the Staples Center in Los Angeles, California. Davis says he’s excited to be the one to welcome him to the machine.

“He probably told his whole neighborhood that he’s fighting in the UFC,” says Davis. “He’s excited. I’ve never gone against a guy like that. He’s coming with the kitchen sink, that’s for sure. He brings a lot of youth to the table. I know what it’s like being a young guy coming in and taking on a guy who’s had a bunch of big fights. I know what it’s like to be excited.”

Davis was once in Prado’s shoes. It was Brian Stann at UFC 109 who welcomed the wrestler from Penn State into the machine and it was Davis who walked away with a unanimous decision and instant name recognition.

“Mr. Wonderful” also spent time as an assistant coach to the young UFC hopefuls on TUF Live: Team Cruz vs Team Faber this summer, and some of that hunger from guys fighting their way into the big show may have rubbed off on Davis and rekindled the fire within.

“I’m excited when I fight but I’m excited for different reasons now,” he says.

Granted, Prado’s first eight opponents for the most part were not ever tested in any big promotion, but “Caldeirao’s” standup is pretty sick nonetheless, with seven of his wins coming by way of knockout, and Davis has been shoring up his ground game perhaps in an attempt to avoid the Muay Thai specialist’s strengths.

“You’re going to see a lot more jiu-jitsu from me,” said the four-time NCAA Division I All-American and 2008 NCAA National Champion from Penn State. “I’m definitely going to use my wrestling, that’s part of my game that’s never going to go away. I’m training under a bunch of good guys in San Diego, like Lloyd Irvin, Andre Galvao and Dean Lister. At first, my ground game was to kind of stay out of trouble, but now I’ve developed my offensive game and my own tricks. All of the good guys have things that no one else can do. That’s what makes them good and I’m starting to develop that kind of game.”

After submitting Tim “The Barbarian” Boetsch with a Kimura that Joe Rogan dubbed the “Mr. Wonderful,” Davis said that he wasn’t the kind of guy who would over gameplan a fight. He’d rather go in and let the fight dictate the plan. These days he’s a bit more methodical in his approach.

“I still look to put on a good fight. Not fight safe,” he said. “But strategy comes into play a little more now that I’m developing my game and those tricks I talked about. But I’m not going to tell you what they are.”

Although Davis was disappointed to suffer the first loss of his career earlier this year, he’s not dwelling on it and he’s not saying he wants that fight back. At least not right away.

“That fight is done man,” he said. “If Rashad and I ever have the pleasure to do business together he’s going to want the fight the way it went last time and he’s not going to get that fight again, ever. I’m a much better fighter today than I was six months ago. This camp has been very good and I’m learning a lot of new things.”

And if you’re thinking that going from a headlining FOX bout to an undercard fight on FUEL TV with a UFC newbie in just six months bothers Davis, you’d be wrong.

He also doesn’t mind fighting someone who is coming in to the UFC with stars in his eyes, knowing what a win over a veteran like Davis would do for his career.

“I’m happy for him,” says Davis. “Stann did it for me and I respect that. You can only get excited for the first time once. I get excited for other reasons now, but that first time in the UFC excitement only happens once, and that’s a special thing.”

As the Pink Floyd song goes, “Welcome my son. Welcome to the machine.”