Phil Davis - It's a "Wonderful" Life

“Just from my background in wrestling, you don’t say ‘ah, I don’t know
if I’m ready to wrestle this guy'. It’s what you do." - Phil Davis 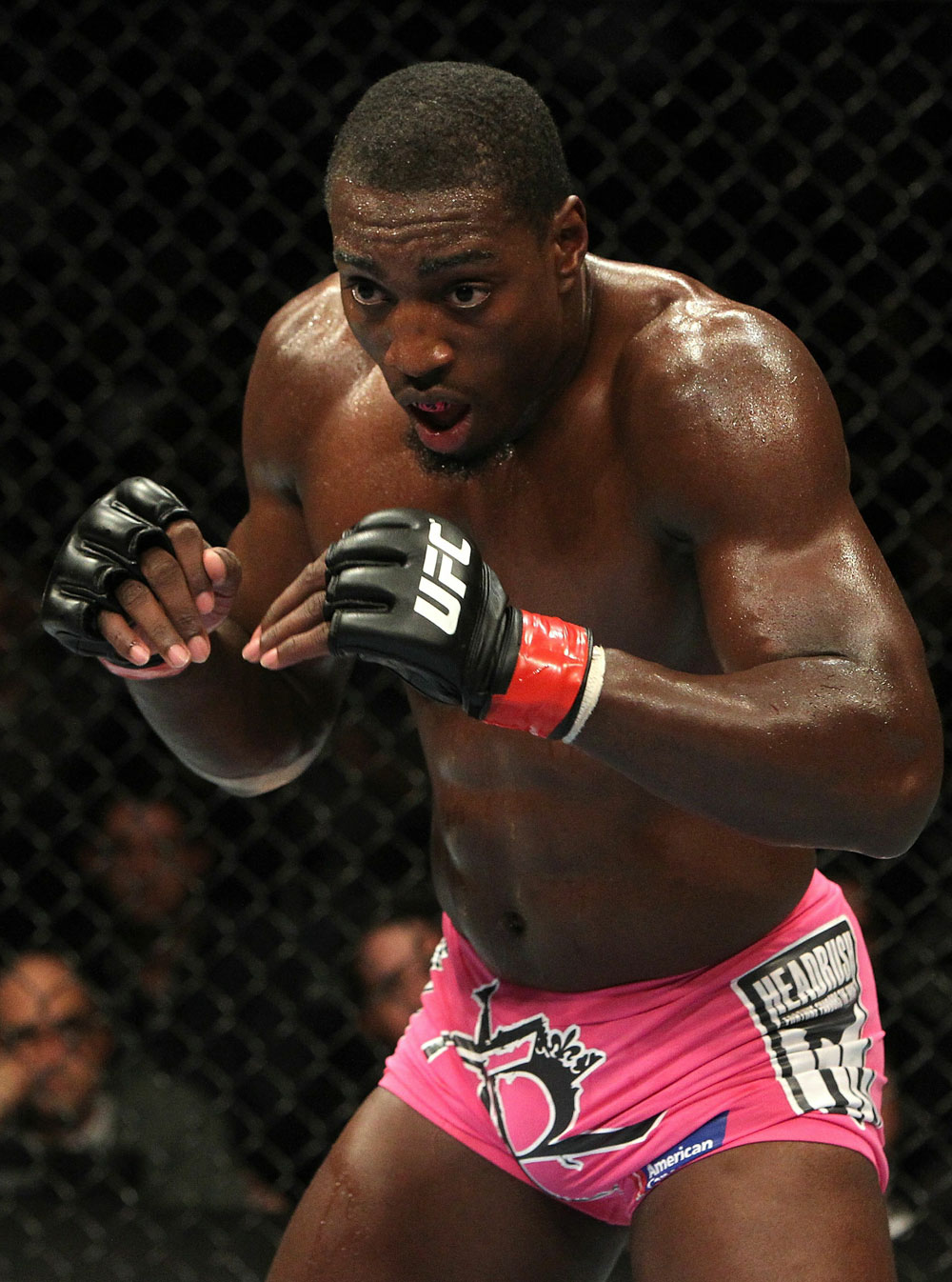 When it comes to spectacular debut years in the UFC, you must start with Phil Davis’ first 12 months in the Octagon. Four fights, four wins, two finishes and two shutouts, all in 2010. It took the 2008 NCAA Division I wrestling champion from Penn State from MMA obscurity to the rarefied air where he began being mentioned with some of the biggest names in the light heavyweight division.

Perhaps even more tellingly, he displayed the type of charisma and personality that takes someone from “good fighter” to “star.” Yet when you ask him about the year that put him on the map, he says to look a little bit further, to 2009, as the year where the “Mr. Wonderful” story truly began.

“It wasn’t really 2010 that did it,” he explains. “It was 2009 when I was just broke, working a job, doing nothing but training twice a day and bouncing at a club at night. You dedicate yourself to something and these are the things that happen. 2010 was like the coming out party I guess.”

And what a party it was. Davis began his UFC career in February of 2010 with a decision win over Brian Stann. Two months later he submitted Alex Gustafsson, and by UFC 117 last August he was 3-0 in the organization with a decision victory over Rodney Wallace. The fourth win may have been the most impressive as he showed off his ever improving all-around game with a submission of ultra-tough Tim Boetsch.

To his credit, there were no pats on his own back, only more work. It’s the trademark of a standout wrestler, yet Davis never even considered himself worthy of that title until he went to Penn State. But he stayed positive throughout.

“I think I’ve always had an optimistic outlook on things,” he said. “Even when I was really bad at wrestling, I always had that attitude that if I just stay after it then I’ll be good. Then you win a couple matches and it’s one of those things that compounds on itself. If you have a positive attitude and things start happening, it makes you want to train harder, it makes you do more of the right things, and then you win more matches.”

So he wasn’t always “Wonderful?”

“It was just one of those things where I didn’t realize I was as good as I was, and once I realized that I’m a little bit above average in wrestling, then maybe I could do this in college,” he said. “Wrestling’s one of those things where the best guys, you see them and they have super powers. (Laughs) They literally have super powers and I don’t know if I’ll ever be able to compete with a guy with super powers. And once you’re able to compete with those guys, you’re like ‘wow’, it’s like Harry Potter the first time he did a magic trick.”

“Oh yeah,” he responds. “There’s no secret about that.”

So what’s his Kryptonite?

“That’s the thing. If someone knows my kryptonite, I don’t bring it around. He (Superman) went blabbing off at the mouth and told everyone where he’s from.”

Davis is keeping his Kryptonite to himself, but his opponent this Saturday night in the UFC Fight Night main event, veteran contender Antonio Rogerio Nogueira, hopes he has some in his back pocket when the bell rings in Seattle. It’s unquestionably the most important fight of Davis’ career, but when he stepped in to face “Lil’ Nog” after Tito Ortiz got hurt in training camp and withdrew from the bout, he admits that it was a bit of adjustment mentally due to the fact that he and Nogueira had trained with each other briefly.

“It was a little bittersweet because it was a guy I had trained with before,” he said. “I didn’t train with him a whole bunch, but I did train with him, so I was a little up and down, but at the same time, this is the business, and it’s not like he was my main training partner.”

And a win over the former PRIDE star could send the 26 year old Davis on an accelerated track to the top of the 205-pound weight class.

“I could see how the word “accelerated” could be used, but all I know is that these are the people that are put before me, and I’m just doing my job,” said Davis, who has no qualms about pitting his 8-0 record against Nogueira’s 19-4 slate.

“Just from my background in wrestling, you don’t say ‘ah, I don’t know if I’m ready to wrestle this guy,’” he said. “It’s what you do. You go out there and do the absolute best that you can and you don’t worry about whether you’re ready or not. You just go and do it.”

“With me personally, it doesn’t bother me how good a guy is or his stats or how intimidating a guy looks because I just don’t take it into account. In my mind, looking a certain way doesn’t equate to skill. And to me, things always come down to skill and not strength.”

Davis has both, and if you look at the wrestlers Nogueira faced recently – Jason Brilz and Ryan Bader – it was evident that the Brazilian had difficulty dealing with the style throughout the three round bouts, one which he lost (Bader), the other which he won via controversial decision (Brilz).

“I studied a couple of his fights, and I thought he definitely had some areas that if he didn’t change I could definitely capitalize on, and I’m hoping that (handling wrestlers) is one of those areas he didn’t fix.”

If he didn’t, it could be a long night for Nogueira, and it will be just another win in the bank for Phil Davis. Yet for all the accolades he’s received thus far, the most satisfying might be back home, in the place where he and his two brothers had to fight for the two seats at the dinner table. These days, things have changed.

“Now I have a seat at the end of the table with my name on it.”