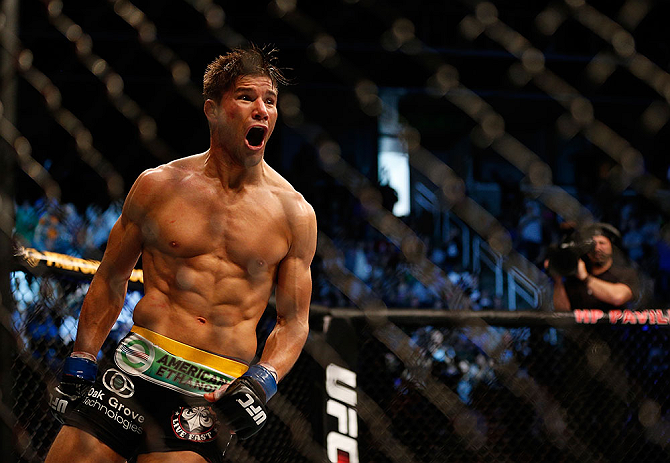 The main event for UFC Fight Night on FOX December 14 has been verbally agreed to as UFC lightweight world champion Anthony "Showtime" Pettis will defend his title against number-five ranked contender Josh "The Punk" Thomson.

Pettis recently reclaimed the belt from Benson Henderson, from whom he'd won the WEC lightweight title in 2010, via a first-round armbar that earned Submission of the Night honors. Thomson most recently earned a Knockout of the Night bonus for his highlight-reel finish of Nate Diaz. Neither Henderson nor Diaz had previously been stopped in their UFC careers.

Top-ranked TJ Grant, who'd been expected to challenge for the title at UFC 164 before being injured, tweeted an update on Monday night. "I am still not yet 100% and can't commit to fight," he wrote. "It sucks but it is the best for both myself and the UFC. Please don't worry. I'll be back."

The card also features a blockbuster 135-pound fight between Urijah Faber and Michael McDonald. Tickets for the Sacramento event will go on sale October 4.