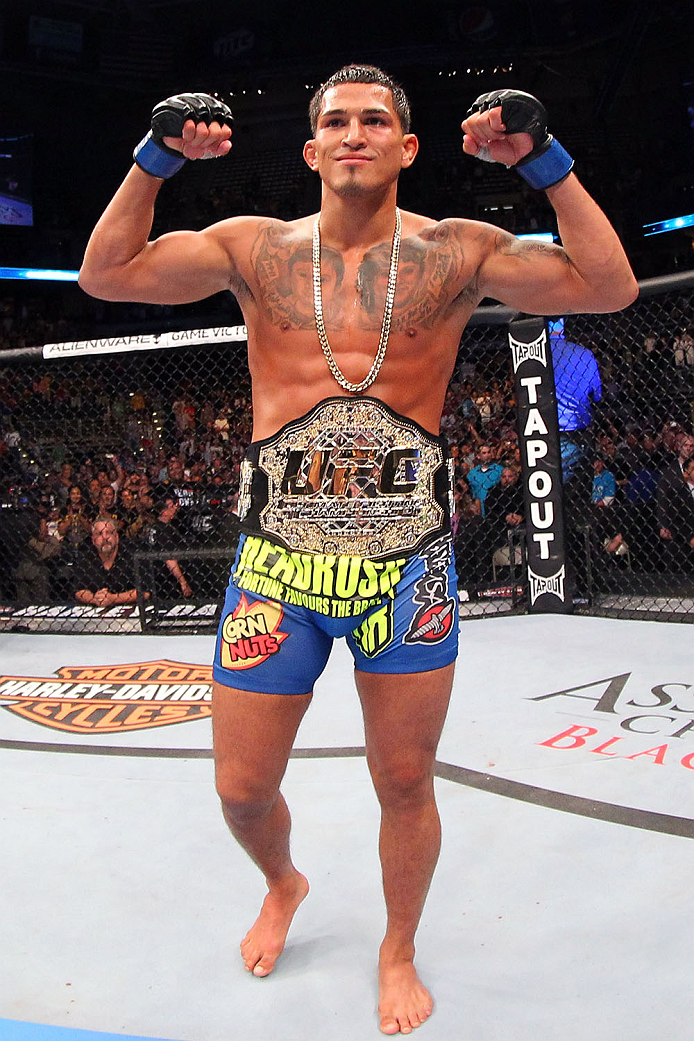 The Breakfast of Champions has a new face this morning.

After a heated race against a series of stellar athletes, UFC lightweight champion Anthony "Showtime" Pettis emerged victorious from the Wheaties Next competition, becoming the first mixed martial artist to grace the iconic breakfast cereal box.

Pettis, who returns to the Octagon later this year to defend his title against the man he coached against on the soon to air Ultimate Fighter 20, Gilbert Melendez, joins the likes of Muhammad Ali, Michael Jordan, Chris Evert Lloyd, Walter Payton, and Bruce Jenner as a featured athlete on the Wheaties Box.

The two-month Wheaties Next competition involved fans who selected one of five athletes (Pettis, Christen Press, Blake Leeper, Ryan Dungey, Rob Pannell), then logged their workouts with MapMyFitness, garnering a vote for their athlete with each workout.