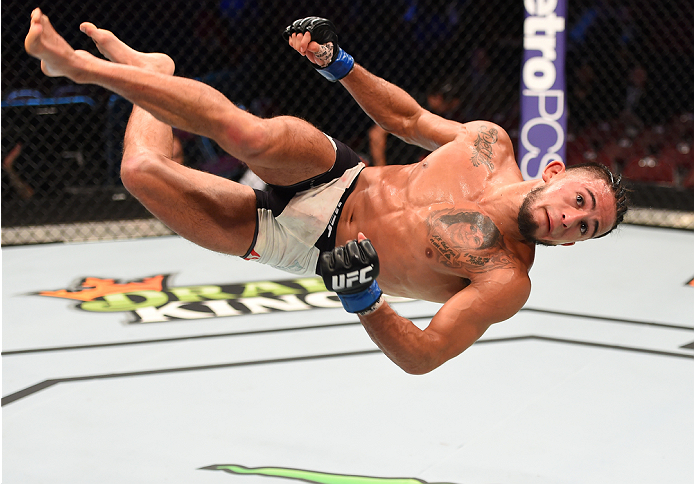 There were no moans and groans from Sergio Pettis when he was told the biggest fight of his career on May 13 will require him to go back to the site of his last loss in 2015. In fact, he’s looking forward to visiting Dallas to face Henry Cejudo in a UFC 211 main card bout.

“The last time I went there I took a big L and I want to recover that, but I’ve gotta thank Dallas,” Pettis said, referring to his second-round stoppage at the hands of Ryan Benoit. “Dallas is the reason why I changed my way of thinking and started changing the way I viewed MMA and everything else. Dallas is the reason I found my passion. When I got stopped there, I was like, ‘Man, I’m better than this.’ I made a little mistake and it made me realize how much little details matter. So it’s an honor to come back.”

It’s impossible to find a more mature approach from a fighter, and considering that Pettis is still only 23 years old, it adds to the appreciation for where the Milwaukee native is at these days. He’s won three straight since the Benoit bout, has risen to the number six spot in the flyweight rankings, and a victory over the No. 2-ranked Cejudo gives him a place in the title picture. But with that maturity comes a complete focus on the task at hand and nothing else.

“I’ve been dreaming to fight (champion) Demetrious (Johnson). I’ve watched him dominate everyone in the division, and I know that sooner or later I will get there. Maybe it’s not after this fight, maybe it is, who knows, but I’m not gonna look past Cejudo. Cejudo is a great competitor and he’s the next step for me that I’ve gotta get through, so I’m really focused on Cejudo right now.”
Get ready for UFC 211: Fight card | Camp updates: American Top Team, Strong Style | Andrade has become best version of self as strawweight | Watch: Free fight: Dos Santos vs Miocic 1 | Inside the numbers for the main event | UFC 211 extended preview | Do not miss out! Order the PPV now

Pettis has always been a bit of an old soul. Entering the Octagon at 20 years old in 2013, he was dubbed “The Phenom,” and as the younger brother of Anthony Pettis, he had to field endless questions about his sibling and following in the championship footsteps of “Showtime.” And he took it all with grace at an age not usually associated with such an attribute. But he wasn’t a completed product yet, and after a 3-2 start in the Octagon, he knew it.

“I had a rough beginning, had my first two losses in the UFC, got submitted and got TKOed,” Pettis said. “And at the beginning in the UFC, I was just excited to be there. ‘I’m 20 years old, I’m in the UFC, I made it.’ That’s how I felt at the time.” 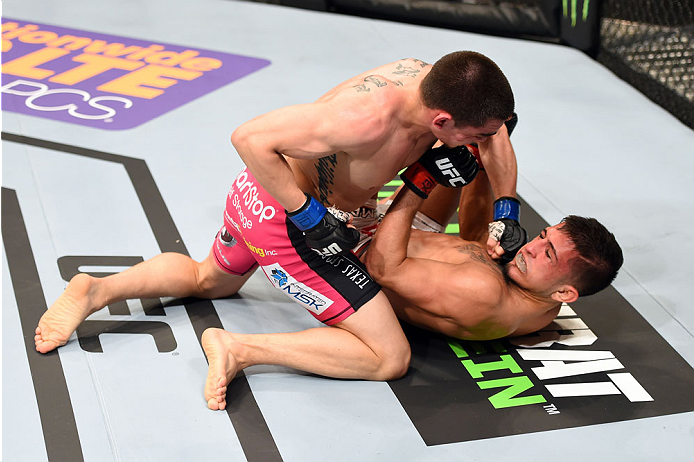 “Now that I’m getting older, I’m starting to realize that this is my passion and something I want to be able to do for the next 10 to 15 years and I want to be the best at what I do,” he said. “I have the work ethic, I have the skills, I have the athleticism, and now I have the belief. And that’s something I didn’t have. It’s something I had to build into, and those losses and everything that played into it have led me into this moment with Cejudo. He’s a great, great competitor, an Olympic wrestler and definitely a big test for me and I’m excited to be tested.”

So how did he get to this level after the Benoit fight? He credits his mom first, but there are plenty of mentors that have also aided in the rise of this 125-pound standout.

“The times that I had rough patches in the UFC are the times when I wasn’t taking my career serious, and I still had times when I would go and kick it and be a young person,” he said. “But I kind of grew out of it and I have some of the greatest people around me. I’ve got Duke Roufus, Anthony Pettis, Israel Martinez, Scott Cushman, so I’m surrounded by mature individuals and I think that’s making me feel more mature and I’m taking myself a lot more serious.”

Pettis will take that serious attitude into Dallas with him, and while he won’t say it, it’s evident that he wants to take that city back for himself. You just won’t hear him say it.

“I’m a pretty calm guy, pretty chill and I fight that way. I’m very calm and relaxed out there, and I’m confident.”