Peter Barrett Was Made To Best Adversity

Peter Barrett's journey has been far from an easy one, but he's never let anything stop him from chasing his dreams. Now he's ready to handle his next task at UFC 256: Chase Hooper
By Thomas Gerbasi, on Twitter: @TGerbasi • Dec. 8, 2020

Ah, to be 21 and a professional mixed martial artist in the biggest promotion in the sport. Chase Hooper is living that life right now, and the man he’ll face at UFC 256 this weekend – Peter Barrett – remembers being that age, himself. Though at the time, fighting “was a faint idea” to the Weymouth, Massachusetts native.

I was still in college, in my junior year, living out in Denver, Colorado,” said the 34-year-old. “I was a super fan, but not necessarily training or anything like that. It was like a different lifetime for me when I was 21.”

In those ensuing 13 years, Barrett went through all sorts of twists and turns and ups and downs to lead him to this point, where he is a UFC featherweight determined to make a mark in the sport. That’s a lot of living to do, something Hooper hasn’t done yet. Whether that’s a good or bad thing will play out on fight night, but Barrett can somewhat relate to where his opponent is mentally following his first pro defeat against Alex Caceres in June.

“I've tried to remember what it felt like to be coming off my first loss,” Barrett said. “A lot of people go deep in looking to see where the errors are made, where you're overlooking things. So I've taken the time to look at this fight from his perspective in that regard, as well.”

“Man, at 21, I was still properly not giving a f**k, running amok and causing a scene, tearing up life. I was living at 110 miles an hour in the other direction.”

Barrett eventually found his way, and his calling. And after weathering a 1-3 stretch in 2017-18, he got on track, won his fight on season three of Dana White’s Contender Series in 2019 and earned a spot on the UFC roster. And while he dropped a decision to Youssef Zalal in his debut this past summer, he made an impression and sent a message that he’s not going anywhere.

“I went out there, I fought my ass off, and I made one thing very clear - you're gonna need a gun to stop me and I think that resonates with a lot of fight fans to see the heart and passion and will continue after something like that,” said Barrett. 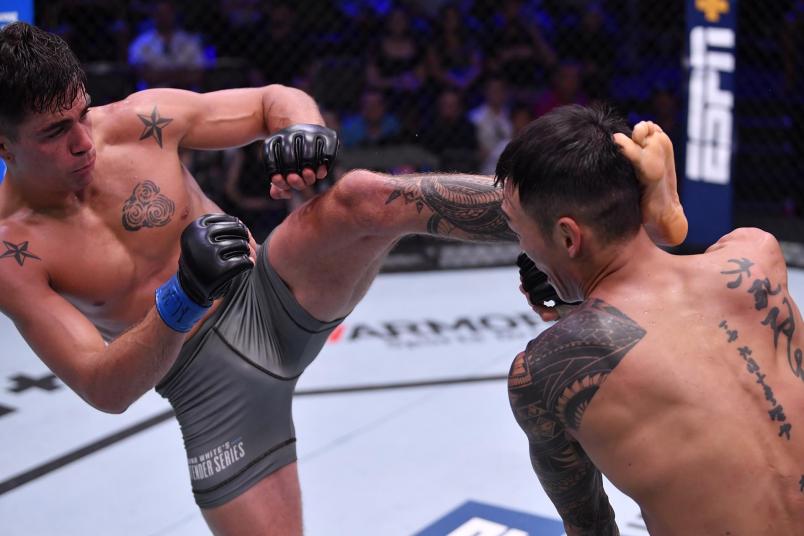 So now metal detectors will be needed at the UFC Apex?

“He's gonna have to have something in his waist to get me,” laughs Barrett, who is in a good place heading into this pivotal matchup with Hooper. What’s even better is that after having to tell his harrowing backstory over and over in the lead-up to his fights in the Contender Series and against Zalal, the focus now is on what’s happening in the Octagon and in the future, not on the past.

“It allows me to focus on what's more important and what's most relevant,” said Barrett. “Granted, when I was talking about that, it was still something that I was actively overcoming in regard to depression and getting my life back together and moving full stride forward. But one other thing it gave me was the ability to not desensitize myself to it, but to come to better terms with what had happened and be able to speak about it without allowing it to pull on me so emotionally. It's a double-edged sword in that respect, but I love the fact that we're talking about how I'm gonna destroy Chase Hooper and rip his head off and not about how I had to battle back from depression to get here.”

Now all Barrett has to deal with is a Saturday fistfight and the still ominous COVID-19 pandemic. It hasn’t been easy for the New Englander to adjust to the new normal when it comes to training, and he was open about it in the lead-up to the Zalal fight, but for his second fight since the coronavirus hit, he’s settled in and finding the way to prepare himself in the best way possible for his second walk.

“I would say that what I'm doing now is very much similar to what I was doing before and now this just seems much more regular,” he said. “With all the schools having capacity limits on classes, I've taken myself out of that rotation, also to help with the possibility of contracting anything, God forbid. But I'm still sticking with the small groups on the off-hours, where I train with a good, trusted crew of people that are giving me the looks I need to excel. I would love to be mixing it up in classes with 10 to 15 people, but I want to make sure other paying members of the gyms are getting enough time and I'm not hogging one of those spaces if I can get all my work in on the off hours.” 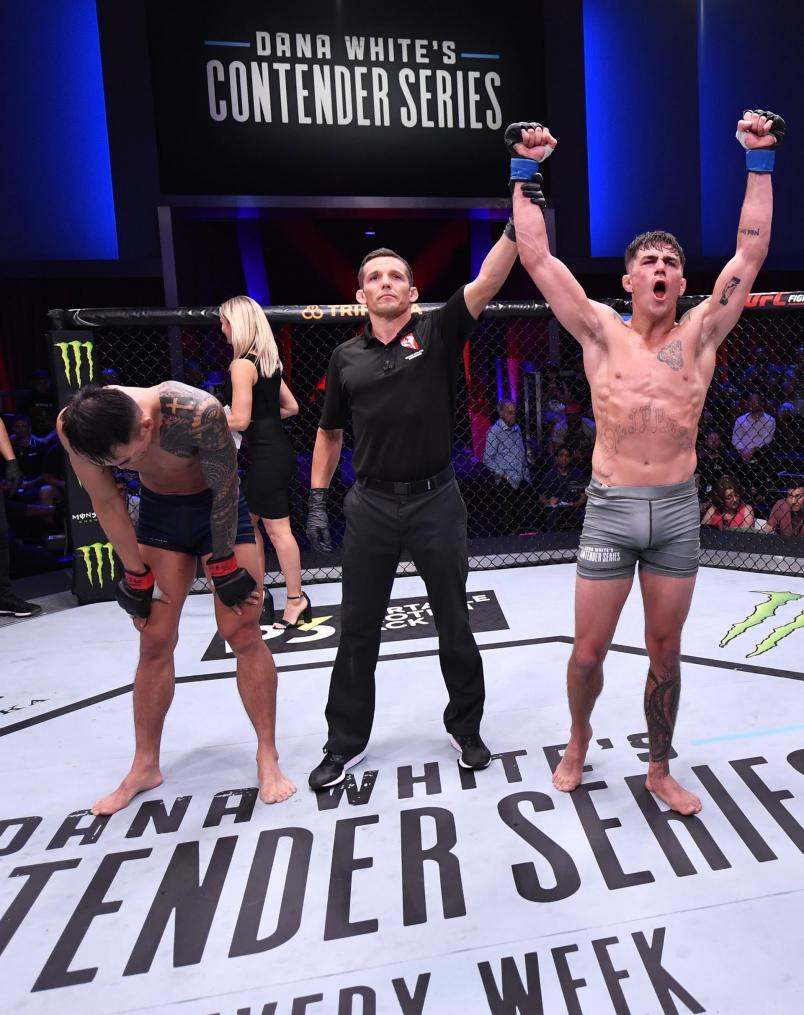 That’s a pretty unselfish attitude to have, but Barrett does admit that it’s helped him get the one-on-one time he needs at the same time.

“What it really does is allow my focus to be completely on me,” he said. “So by removing myself from the rest of the crowd, I've got the undivided attention of my coaches for the hour or two hours that I'm with them. So am I being selfless in the respect that I'm not jumping in class? Yeah, but at the same time I'm stealing all of my trainers' attention for the time that I have them (Laughs) and they're not worried about anybody else outside of what we're doing.”

You might just think Barrett doesn’t mind this new camp philosophy. And he doesn’t, though he says that once the world gets back to normal, so will his approach to training.

All that’s left is the fight, and Barrett is amped up for this one, not just because he has a second shot at getting his first UFC win, but because with his fellow New Englanders Rob Font and Calvin Kattar about to get into the biggest fights of their careers, a victory by “Slippery Pete” would be the perfect way to kick things off for a scene on the verge of making a worldwide splash.

“My manager, Tyson Chartier, told me, ‘We need you to go out there for the Top Game team and kick things off right and start us off with a big win to roll into a very busy time frame,’” said Barrett. “I'm looking forward to it. It kind of gives me that high school wrestling mentality where it's like, ‘Go get out there and put six on the board for your team - you're the first one up.’”