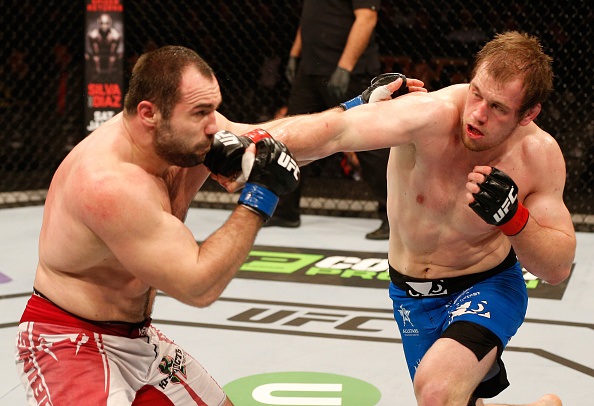 Czech Republic heavyweight Viktor Pesta ate bomb after bomb from highly-touted Octagon newcomer Konstantin Erokhin early in their UFC Fight Night prelim bout at the Tele2 Arena in Stockholm, Sweden Saturday, but once he shook off the blows, Pesta went on to dominate, winning a three-round unanimous decision.

Erokhin made an impression on Pesta almost immediately, as he tagged the Prague native with a series of hard left hooks. Pesta cleared his head and got the bout to the mat midway through the round, allowing him to surge ahead and finishing the round on top.

Pesta stayed out of range of Erokhin’s bombs early in the second, even opening a cut over his foe’s left eye before getting the Russian back to the canvas, where he kept him for the rest of the frame.

There was more of the same in the final stanza, Pesta dominating a seemingly lost Erokhin for the entire five minutes. 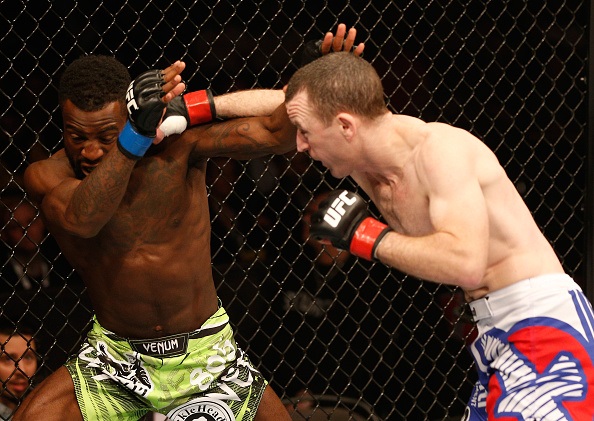 After a brief feeling-out process, Beal took Seery down two minutes down, but after taking some hard shots, Seery got upright and free. Beal utilized a nice stick and move strategy led by a stiff jab, Seery keeping the pressure on in order to goad his foe into some exchanges.

Seery began to bleed from a cut on his face in the second, yet the Irishman wasn’t out of the fight by a long shot, nearly finishing Beal with a guillotine choke, then a kimura. Beal defended well and fired off ground strikes from the top position and then transitioned, taking Seery’s back. Seery returned to his feet, but a takedown attempt went awry, allowing Beal to get on top. Seery kept working, and the two went on to switch positions just before the horn.

As both fighters fatigued, the exchanges heated up in the third round, with both fighters leaving nothing left in the tank, especially in the closing seconds, where Seery blasted Beal with elbows from the bottom, while the Californian delivered his share of hard right hands.