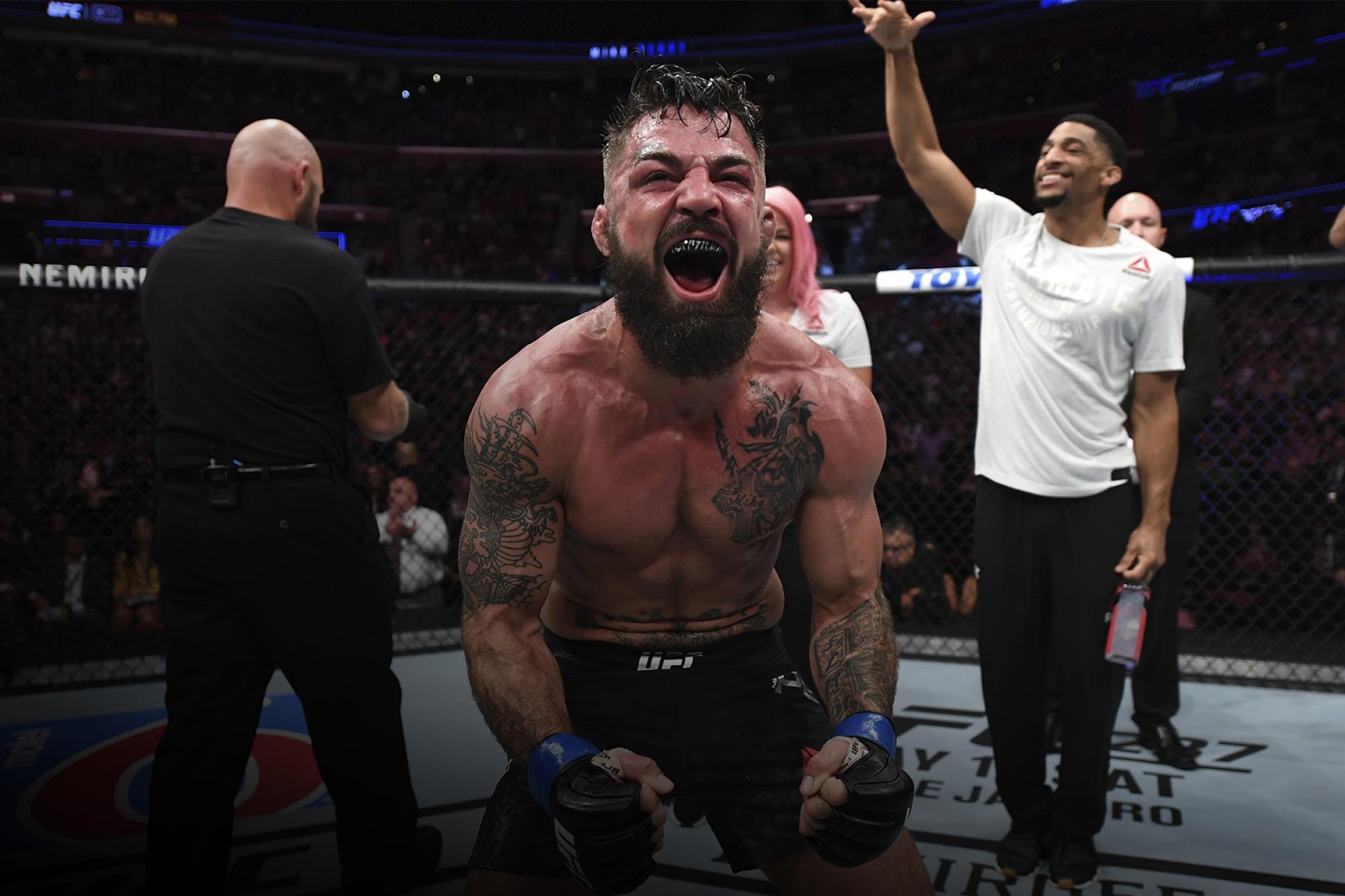 Perry Has Sights On New Adventure In QUINTET Ultra

First MMA, then boxing, back to MMA, and now Mike Perry has his eyes set on BJJ.

The welterweight wild man was one of the first men to jump on to Team UFC’s roster for QUINTET Ultra. But as it turned out, the UFC came calling and Mike Perry had to take care of his day job and face Geoff Neal this Saturday at UFC 245.

But why would a man with zero submission victories in his pro MMA career pursue a spot in the biggest grappling event of all-time? The short answer, it’s Mike Perry. And while it may come off as a novelty or an attention grab, Perry says he’s a competitor above all else.

“If anybody offers me anything, I’ll be thinking about it,” Perry explained. “I was thinking, if I can’t get this fight taken care of, I would love to do this, and if I would think about competing at all, it’s going to be serious.”

And a little known fact about “Platinum” Mike is that QUINTET Ultra wouldn’t have been his BJJ competition debut, as he’s been on the mats before with some cash on the line.

“My friend told me a spot had opened up at light heavyweight for grappling, with gi at purple belt,” Perry said. “If it’s still a purple belt, I figured the guy might stand back a little bit, but he’s not as dangerous as some of the black belts I roll with. They were supposed to pay me $600 and they gave me a check for $200. Obviously, I wasn’t a fan of that, but it was great for the experience.”

Question the experience, question the resume, but Perry’s “personalized” brand of jiu-jitsu would give many men issues they’ve never seen before.

“I love to fight in the UFC because of the mindset I get to enter with,” Perry explained. “We’re almost free to do anything we want. People will do whatever to survive and win and I’ll take that same mentality into a grappling match.”

A direct translation from Perry is that while things may not always go his way, he refuses to lose.

In terms of grappling, Perry’s confidence comes from his own will to win, as well as his training partners. Every day in practice Perry is matched up against Leandro Buscape, Jacare Souza and many others with “hard names,” as he says. These training partners are what have saved Perry from falling victim to more submissions than his armbar loss to “Cowboy” Cerrone in 2018.

With rosters in place and QUINTET Ultra days away, Perry still hasn’t ruled out the possibility of representing Team UFC.

“It’s not smart for me to go two days before when I’m fighting for bigger money two days later,” Perry said. “I need to focus on doing what’s smart. I mean, I could probably do it though, who knows? Maybe if it was two days after I guess I could.”

Tune into QUINTET Ultra Thursday, December 12 at 7 p.m. PT ONLY on UFC FIGHT PASS! And for more of the most unpredictable welterweight, tune into UFC 245 Saturday, December 14!