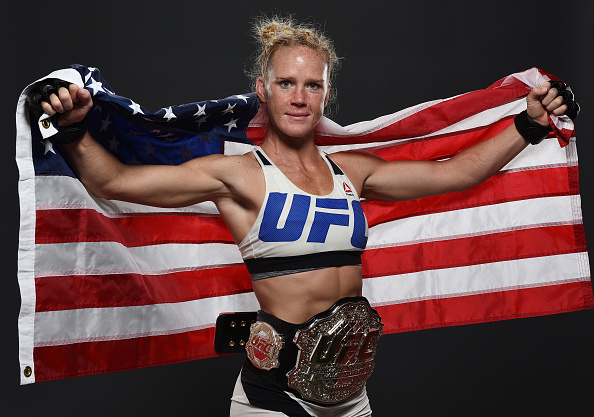 Despite her accomplishments as a three-division world champion in boxing, Holly Holm never had a fight announced on ABC’s Good Morning America. On Tuesday, three days after that fight, the new UFC women’s bantamweight champion checked in with the GMA crew to discuss her second-round knockout of Ronda Rousey.

Speaking from the site of her victory, Melbourne, Australia, Holm’s tenth pro win was seen by many as the biggest upset in MMA history, but having the odds against her didn’t bother the Albuquerque native.

“I’ve been the underdog before, I’ve had to come in after a lot of people doubting me before, and that definitely prepared me to know that believing in myself is huge and that’s the biggest thing,” she said.

After celebrating her win with some nachos and fries Sunday night, the 34-year-old will enjoy a few days of R&R before beginning to address the crush of media waiting to speak to her. As for a rematch with “Rowdy” Ronda in 2016, she’s all for it.

“I’ll train twice as hard as I did for the first one because I know she’ll be coming back.”