A week before her first fight in Colorado in over six years, Raquel Pennington wasn’t sweating the small stuff, like stressing about facing former world champion Germaine de Randamie on Saturday or dealing with ticket requests from family and friends.

Instead, Coach Pennington was helping lead the Academy School District 20 gymnastics team through the State tournament that saw them place fifth with several squad members qualifying for individual finals and one taking the title in three events.

Just another pre-fight weekend for the Colorado Springs native.

You might imagine that the last thing the number four-ranked bantamweight in the world needs is more pulls on her time, but for the 30-year-old contender, it’s not just important to give back to these young athletes, but to get some time away from the fight camp grind.

“It’s cool because they’re obviously younger athletes and they all look up to me, so it gives somebody else some inspiration and, at the same time, it just keeps motivating me to be at my best and then I get to have fun in a different sport and not constantly think about fighting.”

Pennington likely needed that mental break after her last fight, as she was stopped in the fifth round of a bout against UFC women’s bantamweight champion Amanda Nunes. The fight wasn’t easy by any stretch of the imagination, but the lead-up to it was worse.

“It was a hard one,” she admits. “I came back from a long layoff and I came back from a lot of injuries that I struggled a lot with. I’ve always been really positive and I think that during that time frame, I didn’t think my injuries would take that much of a toll on me. And being taken away from what I love, I kinda fell into some depression and then my body was changing and I found out I had hypothyroidism, and then coming back into the camp with Amanda, it was a totally different fight camp than I had ever been through.”

An ATV accident in October 2017 broke Pennington’s leg, and the return to form was a long one. But title shots don’t come easy, so once cleared to fight, she took the shot at Nunes’ crown and made the walk.

“When I got in there, I put my best foot forward,” said Pennington and not, surprisingly, she delivered the gritty effort she’s made her reputation on.

“I know I’m tough and I can grind through anything that I put my mind to,” she said, but after eating a couple leg kicks from Nunes moments into the fight, all bets were off.

“First round, first strike thrown. It was a game changer. It emotionally tested me.”

At 2:36 of the fifth round, the fight was over and Pennington’s four-fight winning streak was over. Then came the Monday Morning Quarterbacks.

“It was tough having to sit there and watch that fight, knowing that’s not the type of athlete that you are and then deal with everything I had to deal with in the media, with them not knowing anything about me or about my coaching staff, it was a huge mountain I had to climb just to get back to where I am today,” she said.

But there’s the key phrase. Raquel Pennington is back and she’s ready to take on the best bantamweights in the world and make enough statements that when she’s done, there will be no other choice than to put her in a title fight again. Remember, fighters nicknamed “Rocky” don’t break.

“In a way, it made me even tougher,” she said. “Everything’s a lesson and I’m still passionate about what I do.” 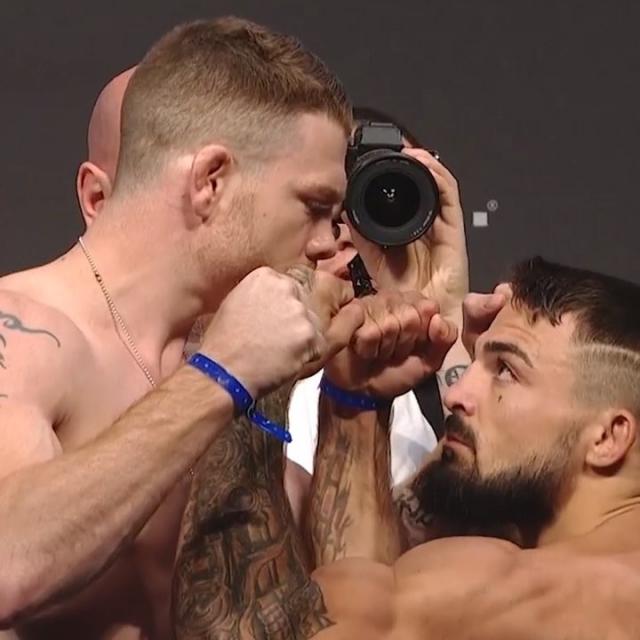