Pendred Ready to Show His Best in Dublin 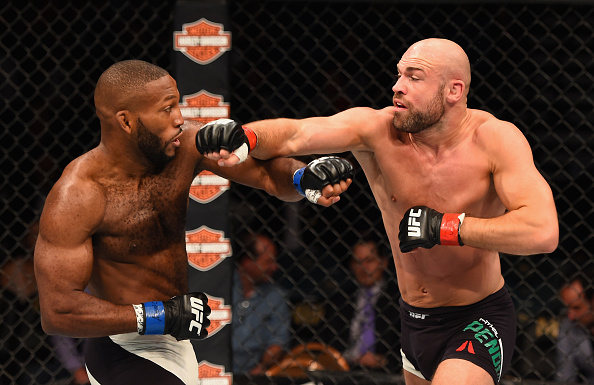 Coming off his first loss in the UFC and the subject of much scorn and criticism on social media, it was refreshing to hear that Cathal Pendred’s sense of self was still intact.

“I don’t hate myself and that’s the most important,” the Irish welterweight laughed, admitting that he was caught off guard by seemingly becoming one of the most hated men in the UFC. “I never would have felt that way, to be honest. I know MMA Junkie came out with an article saying, 'Why does everyone hate Cathal Pendred?' but until then, I didn’t think everyone hated me. I just thought I had the same amount of haters as anyone else.”

The good-natured SBG Ireland product isn’t fussed with fans and media taking shots at his performances to date in the Octagon because, like many of them, Pendred hasn’t been particularly impressed with what he’s been able to manage thus far either.

“I have not shown my potential, so I think my UFC career to date, by my own high standards, has been fairly disappointing even though I’ve won four out of five fights,” Pendred assessed shortly before he returns to action in his native Dublin against unbeaten Tom Breese this weekend at the 3Arena. “I’m not doing as well as I would like.

The bar was set pretty high for the 28-year-old from the moment he got the call to the Octagon.

With his teammate Conor McGregor having already started his ascension to the rank of superstar, Pendred was positioned as “The Guy No One Wanted to Fight” to begin Season 19 of The Ultimate Fighter, essentially earning a free pass into the house. When his workmanlike approach didn’t result in his winning the long-running reality TV competition – he was eliminated by eventual middleweight winner Eddie “Truck” Gordon in the semifinals, losing by split decision – the hate began mounting.

Despite rattling off four consecutive victories to begin his official time on the UFC roster, including a ridiculous come-from-behind submission win over fellow TUF 19 alum Mike King at home in Dublin in his debut, fans and critics focused on the close nature of his bouts and questioned the scores that were submitted in his favor, continuing to pile on even though he was picking up victories.

But Pendred understands. In fact, he’s more disappointed with his previous efforts inside the Octagon than anyone else and he envisions his matchup with Breese as a chance to make a statement and start fresh.

“The most frustrating thing I suppose would be that it’s not so much the things I need to work on in the gym, I just feel that on fight night I haven’t shown up to the best of my abilities of what I know I’m capable of doing,” said Pendred, who suffered the first loss of his UFC career, a split decision to John Howard, at UFC 189 in July. “It’s been a frustrating time trying to figure that out. I seem to have identified one or two things that have been an issue – I’ve looked to rectify them and that’s all I can do.”

Part of that “fresh start” feeling comes from once again fighting on home soil and preparing with the full team at SBG Ireland.

Over the last couple years, the John Kavanagh-led camp has blown up internationally and experienced great success in the UFC. While that has created the heightened training environment the head coach discussed earlier in the month, it has also meant there were times where the members were spread around the globe preparing for fights in smaller, independent units, rather than soaking up the “positive mojo” Kavanagh said is coursing through the gym right now.

Pendred is chief among those globetrotters.

After debuting at home in Dublin, the welterweight fought in Stockholm, Boston (the city of his birth), Mexico City and Las Vegas, all in under a year. Mix in a couple training camps with Gunnar Nelson at the Mjolnir Gym in Reykjavik, Iceland and six weeks preparing in Mexico before UFC 188 and it’s obvious why Pendred is happy to trade collecting frequent flier miles for training and fighting at home.

“We had a hectic year – we were all doing our own training camps all over the place – but I’m back around my own comforts, my own surroundings, my team, my strength and conditioning team.”

He hopes that all of those things combined will produce his best performance to date in the UFC when he steps in with Breese, and it’s his own lofty standards that he’ll be looking to exceed, not anyone else’s.