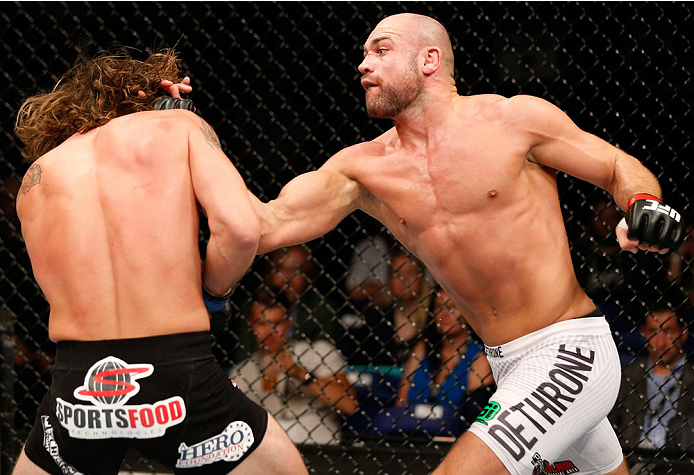 Dublin's Cathal Pendred ignited the crowd in his home country on July 19 with a come from behind win over Mike King, and on Saturday, October 4, the Ultimate Fighter 19 alumnus will be back in action as he makes his UFC welterweight debut against Gasan Umalatov.

"Straight after the last fight I was thinking about what's next for me," Pendred said. "I knew that Stockholm was next in Europe and I've always wanted to go there and it's perfect timing for my next fight. I made it known that I was interested and I'm really pleased I got it."

Winner of 14 of his 18 pro bouts, the 26-year-old Pendred gave up size and weight on The Ultimate Fighter 19 and in his first UFC fight against King when competing at middleweight, but now at 170 pounds he will be at his best when he tackles the Octagon elite.

"It's a good matchup," Pendred said of the bout with Umalatov. "He has a good record and he is an exciting fighter. But I never overanalyze the opposition; I prefer to focus on myself."

Holding a 1-1 record in the UFC, Russia's Umalatov is coming off a decision win over hometown favorite Paulo Thiago in May, and on October 4, "The Cobra" aims to strike again when he faces Pendred.

UFC Fight Night Stockholm will take place at the Globe Arena on October 4th, with tickets on sale to the general public on August 22. UFC Fight Club members can obtain tickets on August 20, and UFC Newsletter subscribers may order tickets on August 21. The whole event will be available to watch live on UFC FIGHT PASS.