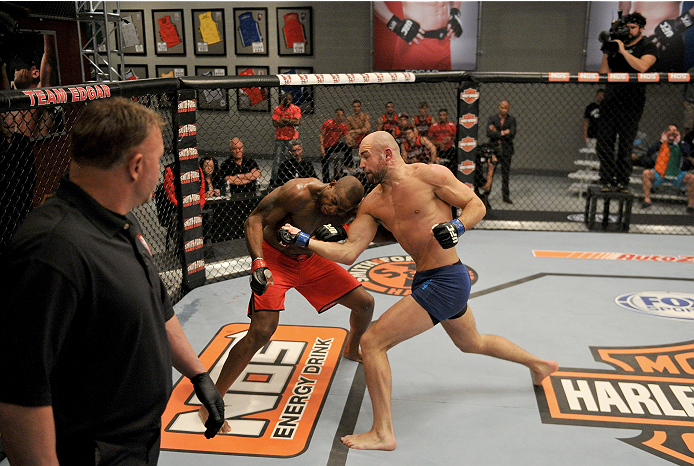 Ireland's Cathal Pendred has been on fight fans' "must see in the UFC" list for a long time, and on Saturday, July 19, they will get their wish, as the Ultimate Fighter 19 semifinalist will make his Octagon debut at the O2 in Dublin against fellow castmate Mike King.

"It will be an amazing feeling," said Pendred. "I have been representing Ireland on the international stage of MMA for a few years. We might not wear a green jersey, but we walk to the octagon with the tri-colour wrapped around us with pride. We will be representing our nation on the biggest stage in our sport. Ireland didn´t qualify for the World Cup this summer, so July 19th will be our World Cup."

Pendred joins teammate and headliner Conor McGregor on the UFC Fight Night card, which airs on UFC Fight Pass. All tickets for the event have been sold out.

As for the fight, Pendred and King are ready.

"I actually got on quite well with Mike when I was on the show," said Pendred. "We kept in contact afterwards, so I was little bit disappointed when I found out it was him. But that disappointment was completely overshadowed by my excitement of making my UFC debut in my hometown. The minute I was told Mike was my opponent, my friendship with him ceased. Until July 19th he is neither a friend to me or even a person; he is just an obstacle standing in the way of my dream. An obstacle that I will get through undoubtedly. I think Mike is a good fighter but not as good as me. I don´t predict how my fights are won, all I can predict is the one thing I know is certain: I will be the victor.

"He's a big, athletic, strong guy that has some holes in his game," said Ohio native King, who trains with UFC fighter Stephen Thompson and his father Ray in South Carolina. "His heart is as big as they come, so to beat him you have to stop him."