Pena, once directionless, found her way through fighting

Where do fighters come from? “Everywhere” is the simplest response, but the true answer has little to do with geography. For example, the universe could have placed Julianna Pena anywhere in the world, and she still would have found her way to Denver, the site of her Saturday main event against Valentina Shevchenko.

The 27-year-old bantamweight contender would likely agree, but back in 2008, she was a typical teenager, asked to figure out her life at the age of 19. She didn’t have those answers.

“I was directionless,” Pena said. “They always told me find what you love to do and find what makes you happy and it will never feel like a day of work again. The only problem is that they said you have to find something that you’re passionate about. So I was always scratching my head because everybody else around me had their goals and knew what they wanted to do. They knew what college they were going to go to, they had scholarships lined up, ideas of family businesses to go into or career goals that they wanted to hit and I left high school thinking, ‘Crap, now what? I don’t have something that I’m super passionate about.’”
RELATED CONTENT: Shevchenko-Pena a fight for a title shot? | Reasons to Watch Fight Night Denver | Free Fight - Watch Pena's UFC debut

Less than a year after high school, a cardio kickboxing class led to mixed martial arts. Six months later, she had her first amateur fight, and today, she is the No. 2-ranked bantamweight in the world and presumably a win away from a title shot.

“I haven’t looked back once because I finally found my niche,” she said. “This was mine.”

And she guards it jealously. A chance walk into a gym changed Pena’s life forever, and she never forgets it. She is well aware of how things might have turned out otherwise. There would be no main events, no interviews and photo shoots, no opportunities to be the best in the world at something few could even imagine doing.

“I’d probably be in the hole financially with college, I’d have a degree and still be a waitress in Spokane, Washington,” she said of her future if not for MMA. If that doesn’t get a person out of bed in the morning, what will? So when Pena hears ignorant comments about combat sports and their place in society, it hits home, prompting an appropriate response.

“They have no clue how much time and dedication, how much hard work and blood, sweat and tears go into this,” she said. “I don’t think they take into account the fact that I have never had more discipline in my life, never had more respect in my life, and if they take into consideration what it takes in order to get to the point that I’ve gotten to, they wouldn’t say those ignorant things. So I feel like it’s my job to educate those people. It’s my job to show them that this is a beautiful art and it requires a lot of skill and intelligence to compete at this high a level.” 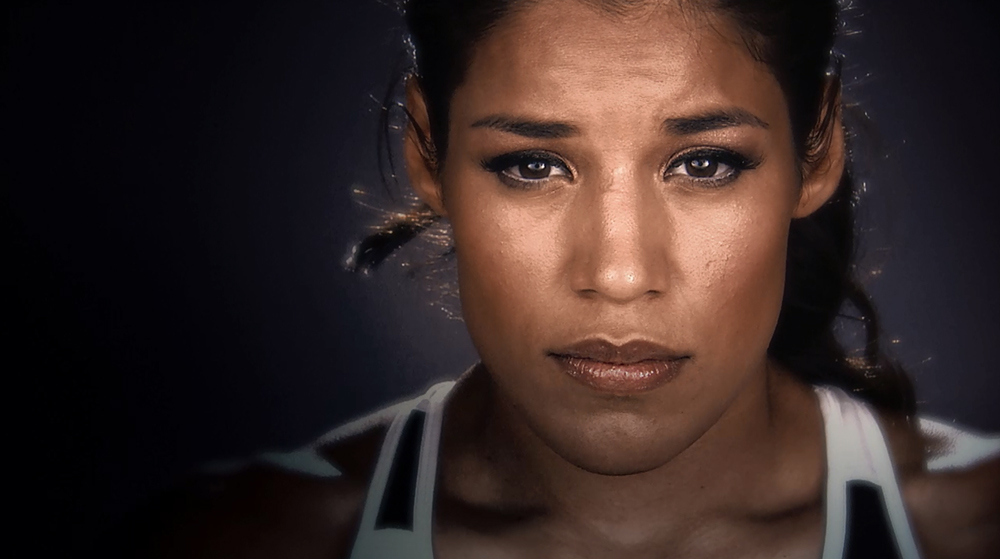 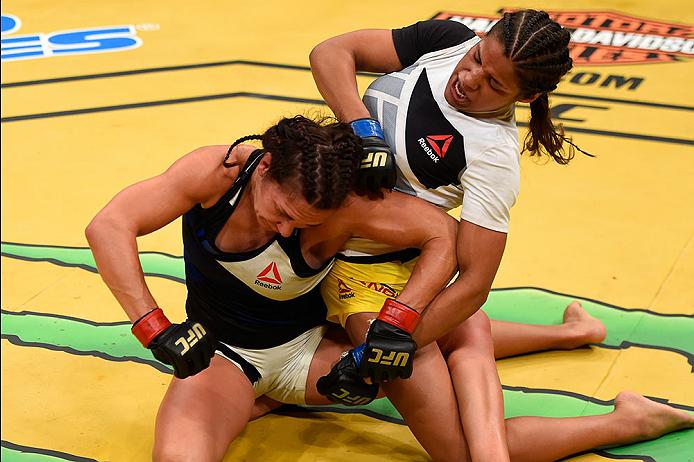 Pena is on the verge of having that kind of responsibility should she win a world championship, and if anyone can handle that platform, it’s her. Sure, she’s had her hiccups along the way, but she’s well aware that at this level of the sport, those growing pains need to be a thing of the past.

“I was constantly in trouble as a kid, always sticking my foot in my mouth,” she said. “I have no filter – whatever I think, I say. I definitely need to be a little bit smarter about what I say and how I come across because I do want to be represented in a classy way and be a role model for young women and for people in general who need someone to look up to. It’s a double-edged sword. I think I may need to invest in a PR person.”

She laughs, even though it’s this no holds barred approach to life that makes her one of the most compelling figures in the sport. But as fight day closes in, it’s less about snappy soundbites and more about what will happen in the Octagon with Shevchenko. And when it comes to the fight, Pena has little use for niceties.

“Valentina’s gonna weigh 135 pounds, I’m gonna weigh 135 pounds, and it’s as simple as that,” she said. “It’s a fistfight in a steel cage. She’s gonna either pop me in the mouth or I’m gonna pop her in the mouth. She puts her pants on the same way I put my pants on and she bleeds the same way that I bleed. She’s not indestructible, she’s not superhuman, and I’m hungry. I’m so focused and I’ve got my eyes on the prize and that’s getting my hand raised by any means possible.”

That attitude is why Pena hasn’t lost one of those fistfights since 2013. For nearly four years, whether on The Ultimate Fighter or in the UFC itself, she has done what it takes to find a way to win. Sometimes it’s been a case of attitude over technique, but whatever is necessary, Pena is willing to do it within the confines of the unified rules of mixed martial arts.

“It comes from my heart,” she said. “My will to win and to survive is based on the fact that I’ve always believed that these girls are not harder than me – not mentally, not physically – and I believe that this girl is not going to be able to break my will because I know I can hang with any girl at 135 pounds that walks this planet. I know that. I’m nervous, I’m anxious, I’m scared, but once that cage door closes, there’s no more fear. There’s no more anxiety or worry. It’s over, it’s done with. We’re going to go toe-to-toe, we’re going to see what you’ve got and what I’ve got, and may the best woman win.”

And here we thought she was just meaner than the rest when that door closes.

“There’s a mean, angry girl inside of me that still has a lot to prove because everyone keeps counting me out all the time and no one wants to give me respect. They want to say I’m lucky and got here by parachute. It’s my job to shut those people up.”

But what happens when there’s silence and no one left to shut up?

“I’m gonna say with the biggest smile I can possibly put on, and with the most humble and grateful heart, ‘Thank you.’”