Pellegrino to Take Break from MMA

“I want to take the time to regroup, refocus, and rethink what it is that I want to do going forward." - Kurt Pellegrino 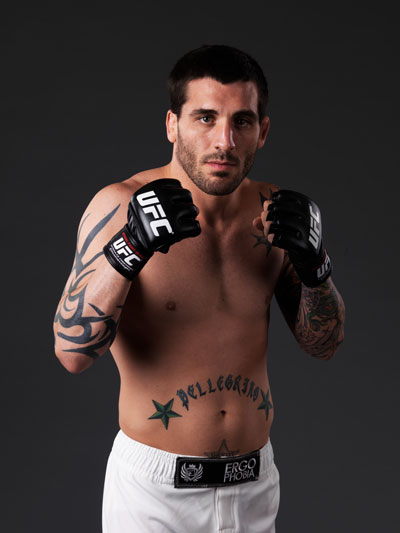 Longtime lightweight standout Kurt Pellegrino won’t be stepping into the Octagon anytime soon, as “Batman” announced on his website today that he’s taking a break from the sport for the time being.

“I have spoken at length with Joe Silva about my decision and have decided not to renew my contract with the UFC,” wrote Pellegrino. “I want to take the time to regroup, refocus, and rethink what it is that I want to do going forward. I want to do things that I enjoy right now and refresh my mind.”

7-5 in the UFC from 2006 to 2011, Pellegrino consistently delivered compelling action, winning a Fight of the Night award for his 2008 victory over Thiago Tavares and a Submission of the Night award for his finish of Fabricio Camoes in 2010. Following back-to-back losses to George Sotiropoulos and Gleison Tibau, both by decision, the 32-year old New Jersey native has decided to take a step back.

“At this time I am choosing to take some time off and step away from the sport as a fighter,” he wrote. “Over my most recent fights I have come to the realization that at this point I no longer can, nor want to make fighting my first priority. Never in my career have I lost two fights in a row and my last fight’s decision in particular was especially hard for me to swallow.”

“Most importantly I want to spend more time with my family,” he continued. “My daughter is four years old and I can’t tell you how much of her life I’ve missed dedicating my life to training for fights. I did so willingly and I’ve made a lucrative career with the UFC, but I’m not sure I could ever say any amount of money was worth it. My wife and I just welcomed a baby boy and I can’t bear the thought of missing as much of his ‘firsts’ as I did my daughter’s.”

The pro MMA record of Pellegrino, a Brazilian Jiu-Jitsu black belt, stands at 21-6.