Pedro Munhoz was born two days before fellow Brazilian Jose Aldo, whom he faces in the co-main event of this weekend’s UFC 265 pay-per-view card at Toyota Center in Houston, Texas.

While they entered the world 48 hours apart, give or take, their entries into mixed martial arts and the paths that led to them sharing the Octagon together on Saturday night are very dramatically different.

At the time Munhoz debuted in March 2009, Aldo was already 14-1 as a professional; he’d won four bouts under the WEC banner, was less than three months away from his breakout eight-second win over Cub Swanson and would ascend to the top of the featherweight division less than eight months later.

“There are not a lot of fighters out there that I look up to, but Jose Aldo was definitely one of them that I looked up to — him and Frankie Edgar,” said Munhoz, who arrives in Houston on the heels of a Fight of the Night battle with Jimmie Rivera in February where he avenged a previous split decision loss to the Team Tiger Schulmann representative. “I knew he came from a humble background, family environment; he was tough; he fought a lot of odds to be where he was at, and besides that, his skills were impressive.”

Munhoz saw a lot of similarities between his training and Aldo’s, with both of them holding black belts in Brazilian jiu jitsu, operating from a Muay Thai base, and using low kicks as a primary weapon long before they became the frequent and popular attack they are now.

"I do believe an impressive victory over Jose Aldo it's going to put me very close to a title shot."@PedroMunhozMMA discusses the state of @UFC's bantamweight division and what it means for him to fight Jose Aldo at #UFC265 🔊⬆️ pic.twitter.com/hVu467GfZi

He watched as Aldo began his lengthy reign atop the 145-pound weight class, establishing himself as an all-time great while forging ahead in his own career, quickly earning recognition as someone to watch in the bantamweight division. Just over four years into his career, Munhoz claimed the RFA bantamweight title, successfully defending it once before being called to join Aldo on the UFC roster.

“I don’t know him personally,” the American Top Team representative said of his countryman. “I’ve seen him a few times over the years, but he seems like a very good person, and he does a lot for the community, which I respect even more because that’s something I’ve been working on myself.”

When the smoke clears this weekend, Munhoz will have shared the Octagon with each of the two competitors he acknowledged looking up to during the early days of his career, having dropped an ultra-close split decision verdict to Edgar in a five-round main event last summer.

Years after respecting their talents and using them as inspirations in his own pursuit of greatness inside the cage, Munhoz now stands alongside both men and the rest of the bantamweight elite. 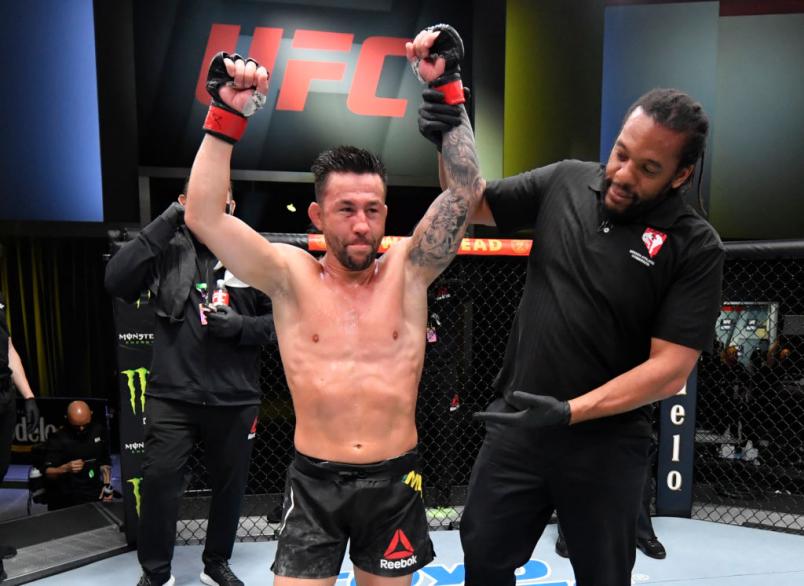 “When I see the big picture, it makes me very happy to realize my dreams, to realize that I have accomplished what I always wanted in my life — to be alongside these people, to share the Octagon with them,” he said, stepping back from his preparations to reflect on his career as a whole. “I’m grateful to be a part of the history of the sport with all these people that I used to watch on TV when I didn’t have the tools to be in America and chase my dream.”

A fixture in the Top 15 for the last several years, Munhoz has earned finishes over rising contender Rob Font and former champ Cody Garbrandt while becoming one of the most consistently entertaining competitors in the 135-pound weight class, a point driven home by his second encounter with Rivera earlier this year.

See Everything That's Happening In The Bantamweight Division

After losing to Rivera in his hometown of Sao Paulo early in his UFC run, Munhoz was clearly the better man in February, battering the divisional stalwart with low kicks and happily wading into the fire to trade blows, confident as always that he would land the more telling punches and be able to weather whatever was coming his way in return.

“Oh man, that’s the type of fight that I like to be in, that’s type of environment I like to be in, force myself to be in,” he said of the rematch with Rivera, excitement flecking his every word. “I’m a guy that is always pushing the pace, I don’t mind getting hit, and when you go for the kill, you’re going to get hit with a few shots.

“That’s the type of mindset you have to have when you get into a fight. I’m a warrior. I’m an entertainer, but I don’t do that type of fight just because the people like it — that’s the type of person that I am, too.

“When I’m in the Octagon, my instincts kick in and I go for the kill.”

And he promises more of the same this weekend against Aldo. 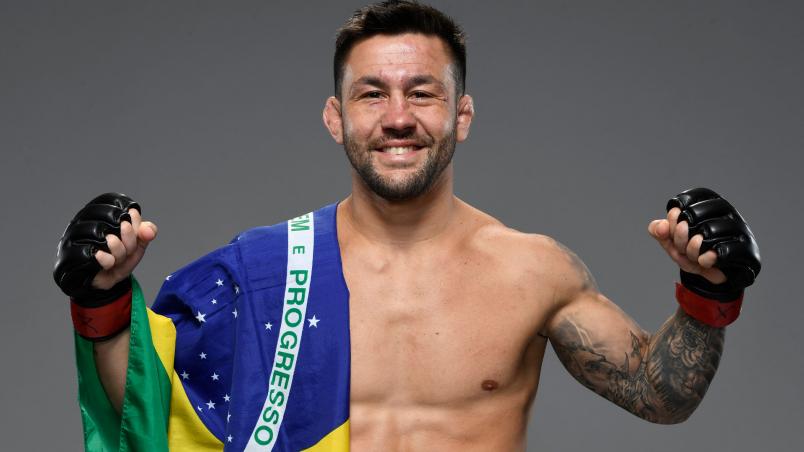 “It’s going to be the same kind of fight the fans have seen from me all these years — an aggressive style and I’m in there to prove who is the best fighter on that night,” he said of the critical bantamweight clash. “Nothing against Jose Aldo, but I’m training to go there and do my best, and I do believe that my skills, my technique are more effective than his.

“We’re both very durable, but I have better durability than he does and I’m ready to show I’m the better fighter.”

The bantamweight division has never been better, while also enjoying a great deal of time in the spotlight as of late, with the electric clash between returning former champ TJ Dillashaw and Top 5 standout Cory Sandhagen standing as the most recent terrific fight in a string of outstanding bouts in the 135-pound ranks over the last few years.

Munhoz himself has been a part of more than a couple, taking home Fight of the Night honors in three of his last four appearances, and if he comes away from this weekend’s event with a victory over the Brazilian legend Aldo, he believes he’ll have done more than enough to earn a place on the short list of title contenders in the talent-rich division.

“I do think that, but it’s not my main focus,” said Munhoz, making it clear that Aldo is the only opponent he’s worried about at the moment. “Jose Aldo is a dangerous fighter and I’m very excited to fight him, so I can’t think about anything but the fight itself.

“My main focus right now is Jose Aldo, and an impressive victory over him should put me right back in the mix of title contenders, which has always been one of my goals, but in order to reach that goal, I have a big challenge to face.”