Pearson Always Showed Up To Fight

Win, lose or draw, he showed up to fight. Sometimes it worked out in his favor, other times it didn’t. But he always came out swinging with a love for the game that was evident.
By Thomas Gerbasi • Jun. 13, 2019

Ross Pearson won a fight on May 15. It wasn’t in the UFC Octagon, it was with ten-ounce, not four-ounce gloves, and it was in a new combat sports venue for “The Real Deal.”

And as Pearson stopped Salar King in two rounds to move to 1-0 as a professional boxer, the native of Sunderland, England was alive again, doing what he loves the most: fighting.

That the 34-year-old Pearson started a new journey in the fight game following his April retirement from mixed martial arts is no surprise. When UFC President Dana White says fighting is in our DNA, he probably has guys like Pearson in mind. 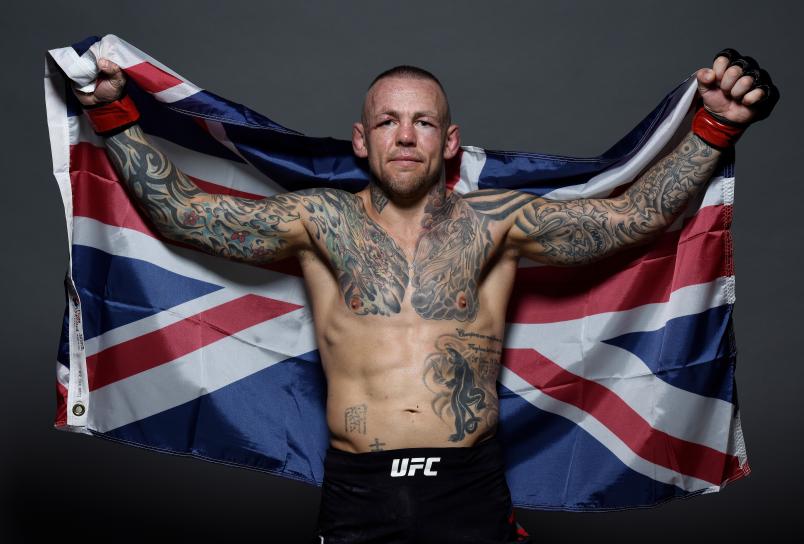 That was the beauty of Pearson’s 26-fight run in the UFC, which began with his win of The Ultimate Fighter against Andre Winner in 2009 and ended in March with a loss to Desmond Green. Win, lose or draw, he showed up to fight. Sometimes it worked out in his favor, other times it didn’t. But he always came out swinging with a love for the game that was evident.

Along the way, he joined Michael Bisping and Dan Hardy as one of the leading ambassadors for British MMA, opening the door for the fighters that came after him, and while he reached a high level of notoriety for his fighting exploits, he never acted bigger than those who cheered for him. The reason for that was simple; Pearson loved fighting as much as the fans did.

“I’m a crazy fan myself,” he told me in 2011. “I get excited before each UFC fight comes on and I still watch all of them. I watch so many fights that I pick up other guys’ stuff because I’m a fan and I try things out. I think that’s why I’m improving so much, because I still am a fan of the sport. I love going to the UFC events, I love cornering my teammates, and I just love it.” 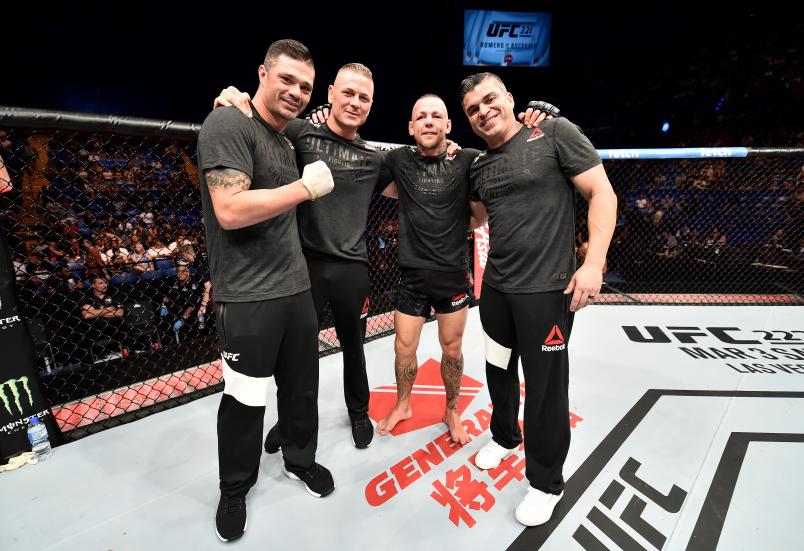 PERTH, AUSTRALIA - FEBRUARY 11: Ross Pearson of England celebrates his victory over Mizuto Hirota of Japan in their lightweight bout during the UFC 221 event at Perth Arena on February 11, 2018 in Perth, Australia. (Photo by Jeff Bottari/Zuffa LLC/Zuffa LLC via Getty Images)

PERTH, AUSTRALIA - FEBRUARY 11: Ross Pearson of England celebrates his victory over Mizuto Hirota of Japan in their lightweight bout during the UFC 221 event at Perth Arena on February 11, 2018 in Perth, Australia. (Photo by Jeff Bottari/Zuffa LLC/Zuffa L

And as the UFC began making regular trips to England in 2007, Pearson was an up and comer hungry to enter the Octagon while juggling a day job as a bricklayer. On one job site in Newcastle in 2008, he was working as UFC 80 was taking place.

“I was working on a building site right next to there,” said Pearson. “We went along to watch the weigh-ins and I stood outside trying to get tickets and I remember the feeling of hearing that BJ Penn was staying in the hotel right near where I lived. There was all this excitement about the UFC, and I was working on a building site. But it hit home that this was what I wanted to do and what I wanted to be.”

In a year’s time, Pearson would be on The Ultimate Fighter, and his win on the show made him a UFC fighter. The fan inside him didn’t go away, though, and when told that his fighting hero Randy Couture was headlining the UFC 105 card where he was taking on Aaron Riley, finding a poster for “The Natural” to sign was as important as making weight for the bout. 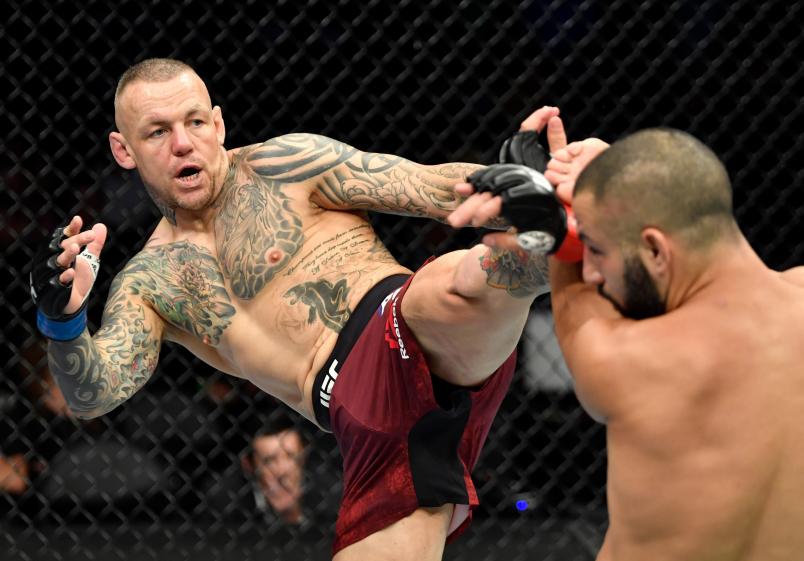 So Pearson was everyman, the fan who lived every fan’s dream, and along the way, he fought the best of the best and more than proved that he belonged in such company as he beat the likes of Dennis Siver, Spencer Fisher, George Sotiropoulos, Gray Maynard, Sam Stout and Paul Felder.

The losses hurt, especially those to Diego Sanchez and Edson Barboza, but Pearson always marched forward and moved on to the next fight, even taking five bouts in 2016. But after the Green bout in Philadelphia, he decided that his time in MMA had run its course.

“After some long hard talks, and careful consideration with my family, friends and team, I’ve decided it's time to retire as an MMA fighter,” Pearson wrote on Instagram. “As hard as that is to say, it’s not the end of my career as a competitor. I’ve always been a fighter, and right now I am keeping my mind open as to what's next for me.”

Apparently, it’s the sweet science of boxing, and knowing Ross Pearson, he’s going to be all-in and swinging from the first bell to the last.