Peace before war a necessity for Ronda Rousey 2.0

There is relative silence around Ronda Rousey these days.

It’s not the kind of silence that makes her return to the Octagon this Friday after a 13-month absence a non-event, because that’s certainly not the case for one of the most talked-about cards of the year. Instead, it’s a silence that allows the former UFC women’s bantamweight champion to return to a time when there weren’t countless interviews, endless photo shoots and other pulls on her time.

And peace before war is necessary for a fighter who has to now live in a world where a “1” sits in a previously unoccupied loss column thanks to a November 2015 defeat to Holly Holm.

It’s understandable, but most don’t understand. Those people wonder why Rousey won’t be making the usual media rounds before the most important fight of her career against Amanda Nunes in the main event of the UFC 207 card at T-Mobile Arena in Las Vegas. To them, that’s bad business.

Those folks never got punched in the face for a living.

Those who do, get it, whether they admit it or not. For every Conor McGregor who didn’t hesitate to meet the press after his March loss to Nate Diaz, there are fighters who respond in a different way to a defeat, one where they look inward, not outward, to get ready for the next walk into battle. 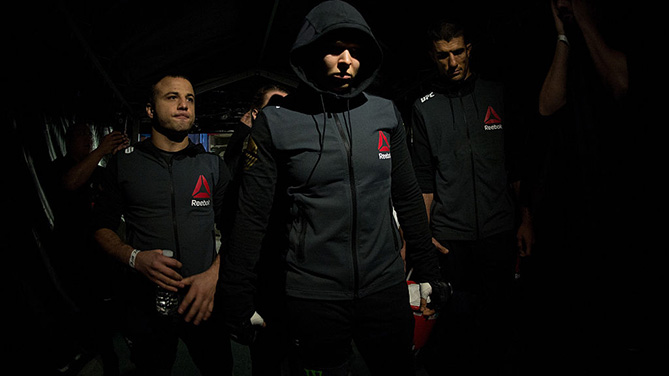 If former welterweight and junior middleweight boxing champion Vernon Forrest was still alive, he would understand Rousey’s decision better than anyone. He knew that the fighter’s psyche is an unwieldy beast, one that can be studied for years only to deliver a result so far out of left field that it makes you wonder if anything you knew about it before was even valid.

So Forrest wasn’t going to lose to chain-smoking, beer-swilling, haymaker-throwing Ricardo Mayorga in 2003. Until he did, by third-round TKO, no less.

Forrest got a rematch six months later, and before that return bout, he didn’t do any interviews. The media didn’t like it. They turned on him, especially taking glee when he lost the Mayorga rematch via controversial decision. And for one of the classiest men ever to lace on the gloves, it was a pain that stung for a long time.

“The thing that got me was that some people took what I did personally,” Forrest told me. “In the Mayorga fight, my whole mindset was: I want to get into Vernon’s psyche, and I don’t want to talk about the fight. I just want to do the fight. I want to prove to everybody that the first fight was just a fluke and I don’t want my words to be my actions, I want my actions to be my words.

Ronda Rousey has given the world plenty of words and plenty of actions. More than most. And if she’s decided that reliving the worst night of her professional life multiple times a day isn’t high on her wish list, she’s earned that right to not have to, even if some don’t understand.

But a fighter knows.

“Talking to the media and stuff, people get to rent space in your head,” former light heavyweight contender Keith Jardine told me before his September 2007 fight with Chuck Liddell.

Four months earlier, Jardine got knocked out in 48 seconds by Houston Alexander and was now going to be facing one of the greatest fighters of all-time. He needed distractions to be at a minimum, and as a result, he upset Liddell that night in Anaheim, locking up the biggest win of his career.

Athletes don’t often get that luxury. “Well, that’s part of the job,” comes the response from the masses. That’s true, but certain athletes have to deal with more than their share of stupidity in the course of performing their media duties and it can get tiring. Before UFC 157, Rousey filled me in on one such instance.

“There was one interview where a guy said that I don’t act like a lady,” said Rousey, who proceeded to point out that due to a certain body part, she was more of an authority to speak on what a lady really is than her interviewer was. That shut down that line of questioning.

“I doubt that will ever show up anywhere,” Rousey laughed when recalling the story, and she was in a similarly good mood in April when the MMA bill was signed into law in New York City. 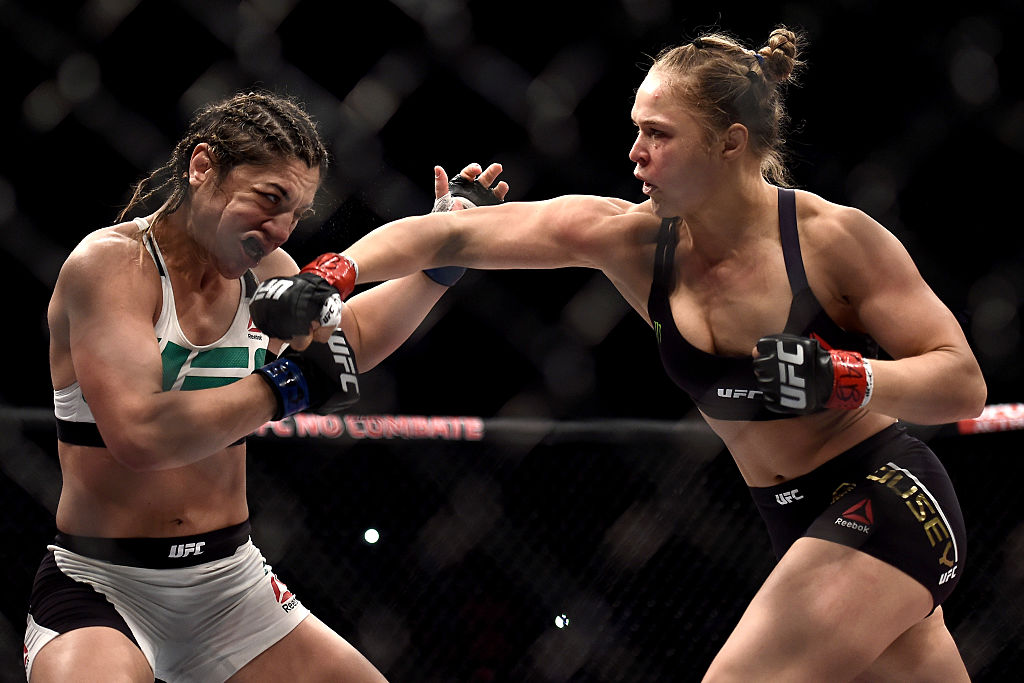 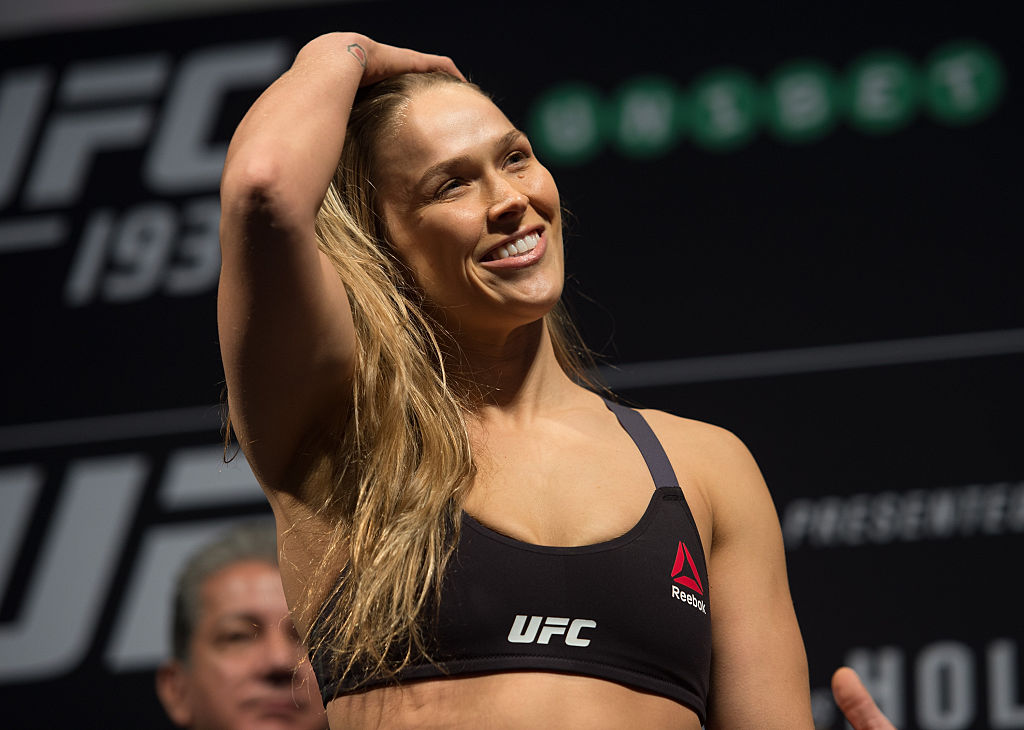 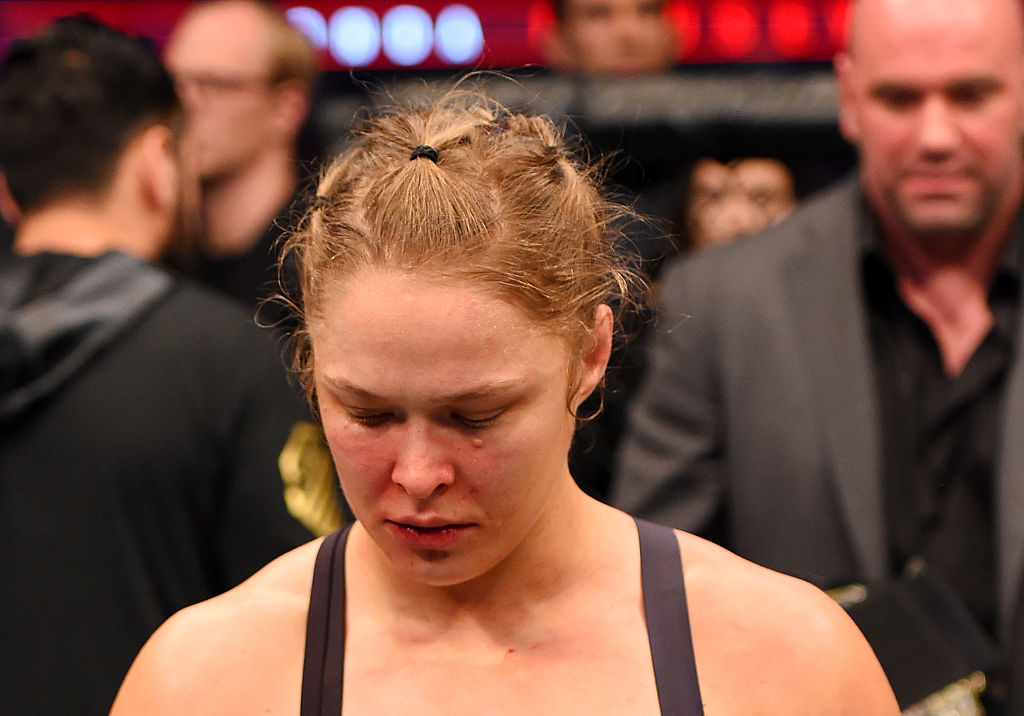 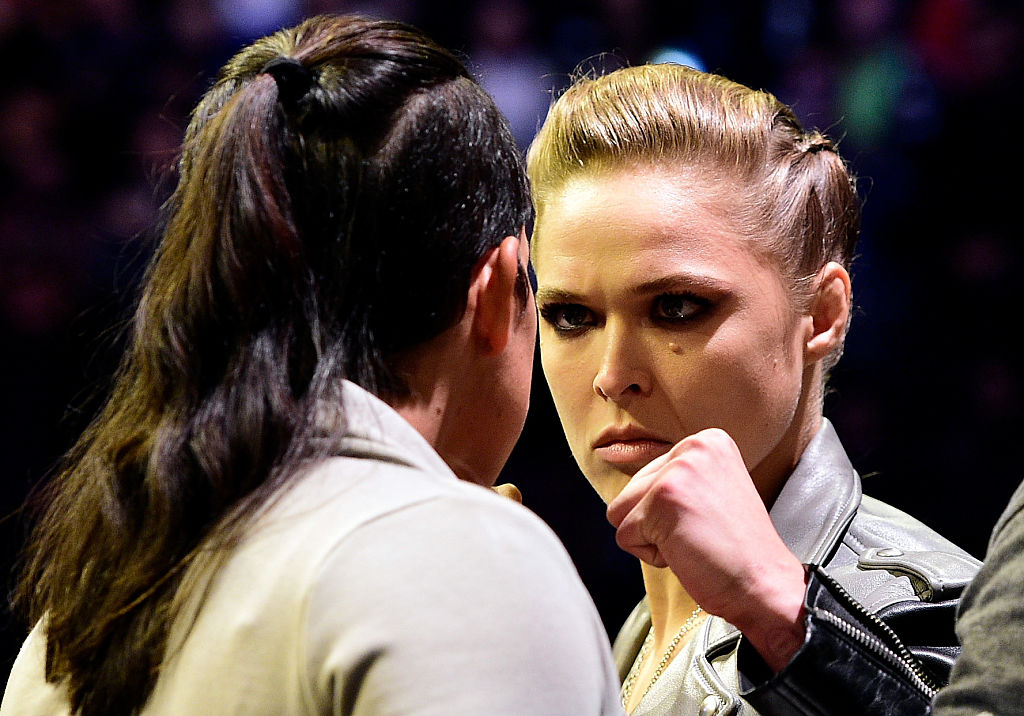 In interviewing her that day, she was Ronda Rousey, not a broken fighter fearful of the next punch to the face. She spoke of her continued desire to make history, and it was a clear reminder why it would be foolish to overlook her when she returns on Friday in an attempt to regain a dual crown – not just as the UFC women’s bantamweight champion, but as the baddest woman on the planet.

It won’t be easy, as Nunes is a formidable champion who can do it all in the Octagon and who has enough motivation of her own, knowing that a win over Rousey takes her from star to superstar in a matter of 25 minutes or less.

Yet to think that Rousey is damaged goods after one loss to Holm is the height of foolishness. Twelve wins and 12 finishes, 11 in the first round. A pair of finishes over Miesha Tate. A quartet of victories over Sara McMann, Alexis Davis, Cat Zingano and Bethe Correia that lasted a combined 130 seconds.

Was it all a mirage? How could it be? How could Rousey defeat – and finish - legitimate veteran contenders like Tate, McMann, Davis, Zingano, Liz Carmouche and Sarah Kaufman if she wasn’t as good as we all said she was? Why has the title she held for three years been in the hands of three fighters over the last 13 months?

Everybody loses in mixed martial arts. There is no such thing as invincible. Rousey knows that now, and what happens next will determine what 2017 and beyond holds for her in the Octagon.

But even if she isn’t telling the world this week, know that Ronda Rousey is a fighter. On Friday night, she fights. That’s really all that matters.