Pawlak All Business before Krakow Bout 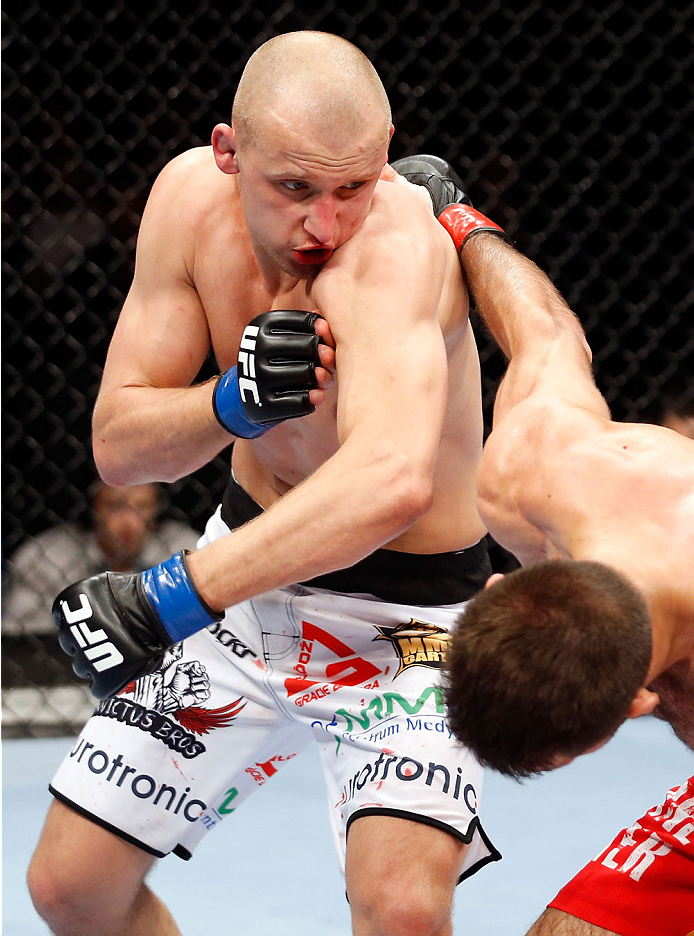 Pawel Pawlak’s confidence is not wavering in the slightest heading into the UFC’s first event in Poland this Saturday, not even with the prospect of a main card slot in his home country against Sheldon Westcott coming on the heels of the first loss of his pro career.

“It was great news for me to take part in the historic first UFC in Poland,” he said through manager / translator Pawel Kowalik. “It is a huge step forward for the whole Polish MMA community. I think it will help develop MMA in Poland even more and I am part of that, which makes me very proud. I will prove on Saturday that I deserved the main card spot.”

A native of Lodz, the 26-year-old blasted through the Polish MMA scene to the tune of 10 wins and nine finishes, four in the first round. That run built anticipation for his debut last May against veteran Peter Sobotta, but it was Sobotta who left Berlin with a decision win. Pawlak admits to some UFC jitters, but insists that he’s over them and that on Saturday, he will not be the same fighter.

“I experienced those nerves but I am definitely through it,” he said. “I am not happy with my UFC debut. I wasn't myself that day. I will prove in my next fight that it was only a one-time accident.”

If he can avoid a repeat of that “accident” and beat Canada’s Westcott, a finalist on The Ultimate Fighter Nations making his return after a yearlong layoff, he can exhale and begin his trek across a 170-pound weight class no one gets an easy ride through.

“It is a stacked and very skilled division,” he said. “Of course I want to be number one and a champion one day.”

With such lofty goals, it’s not surprising that Pawlak isn’t weighed down by high expectations.

“My goals and ambitions are higher than expectations so I do not have problem with that.”

As for Westcott, any difficulties there?

It’s hard not to like a fighter as no nonsense as Pawlak, who cites Mike Tyson as his fighting hero, saying in his UFC bio, “I want to fight in MMA the way he did in boxing.”

Let’s call that another check mark for Pawlak, who can’t wait to give the Krakow fans something to cheer about on Saturday.

“For me, it is extra motivation to work harder and fight much better than in Berlin.” He said. “So I don't feel pressure (about Saturday). I find it as a perfect opportunity to get first UFC win on my own turf, and I am going to do my job. That's it.”