Irish featherweight Paul Redmond makes his debut against Mirsad Bektic at UFC Fight Night Stockholm. Here he talks about how his dreams have now become reality in the UFC. 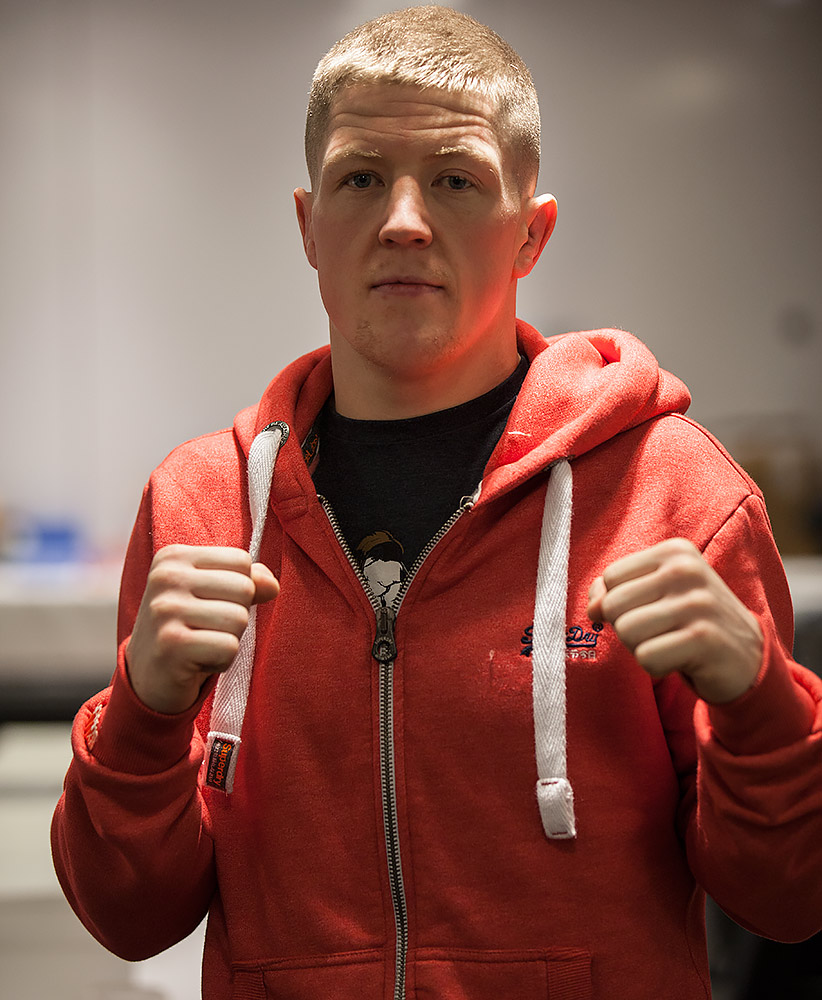 Famed author Paolo Coelho wrote, “The two worst strategic mistakes to make are acting prematurely and letting an opportunity slip; to avoid this, the warrior treats each situation as if it were unique and never resorts to formulae, recipes or other people’s opinions.”
Those words seem particularly apt when assessing the career of the UFC’s latest recruit Paul ‘Redser’ Redmond. The Irishman (10-4) steps in at late notice to face unbeaten featherweight Mirsad Bektic (8-0) at this week’s blockbuster UFC Fight Night: Gustafsson vs. Johnson in Stockholm. It will be the final destination of a journey that has seen him stop at many European outposts, carving a reputation as one of the continent’s finest fighters, destined to one day do battle with the world’s best.
Yet it could all have been so different. His first steps into the world of Mixed Martial Arts were almost his last.
He’d been seduced by visions of prizefighting legends and the bright lights and ballyhoo that accompanies UFC events across the globe.
“I saw the likes of Mirko Cro Cop, Chuck Liddell and Rampage Jackson ripping through everyone and I wanted to try it,” he said.
However his first tentative foray into the limelight was quickly ensconced in darkness. “In my first amateur fight, I was choked out in fifteen seconds.”
It was the sort of chastening experience that could have cut short his combat career in its infancy. Redmond, however, remained unbowed.
“Yeah, I lost in fifteen seconds. But it’s not in my nature to pack it in after one loss. It’s not in my nature to be bested by anything, to give in. I don’t understand people who just give in,” he said.
That indomitable spirit stems from an upbringing where challenges were routinely overcome.
“My mother has been a big inspiration,” he said. “She’s an incredible person. If somebody can look after four kids by herself for twenty years, I can bounce back from a loss and get another fight.”
Don’t act prematurely.
He did bounce back. Within a few weeks, he had picked up a pair of wins and his amateur prowess soon transitioned into the pro ranks. In the early days there were more challenges to overcome. He traded wins and losses then the bitter reality of an economic recession gripped his homeland, leaving Redmond – a plumber by trade - out of work for an extended spell. Still, Redser refused to be down-hearted.
“I was on social welfare, but I tried not to think of it as a hardship,” he said. “I used it as an opportunity to go to the gym and train every day, to make myself better.”
Redmond is now back in full-time employment, balancing that with the requirements of an MMA career that has seen him win seven of his past eight fights. Nonetheless, he admits to being surprised when the UFC came calling.
“I was in work on a construction site and I got a call at 11am from my coach,” he said. “Sean Shelby [UFC matchmaker] had been in contact asking how long it would take me to get in shape for featherweight. I said five weeks; they [UFC] said I had two. At the end of the day, it’s the UFC. You have to go above and beyond for them. I jumped on it.”
Don’t let an opportunity slip.
Conventional wisdom suggests that Redmond faces a daunting task. Not only is he competing at an unfamiliar weight class against a man with an unblemished record, he’ll be performing in front of the 30,000 fans at the Tele2 Arena, the biggest crowd for a European event in UFC history.
“I always keep myself fit anyway. My training partner Neil Seery has his fight coming up against Chris Beal and I’ve been one of his main sparring partners. My cardio is there. The only factor is the extra couple of pounds. It should be no problem,” he said.
As for the atmosphere, Redmond has already tasted something special. He was there on that historic night in Dublin last year when his countrymen went 4-0 on the card to the delight of a rabid home crowd.
“I cornered Neil Seery for that fight. I walked to the ring with him. It was surreal. By the time he walked out at six o’ clock it was packed to the rafters. It was unbelievable.”
Never resort to other people’s opinions.
Of course, any conversation about Irish MMA isn’t complete without referencing Conor McGregor’s meteoric rise to stardom.
“I’ve known Conor a long time and fought on many shows with him when he won titles elsewhere. I sparred with those guys too. He’s taken the UFC by storm. He can go all the way,” he said.
Like McGregor, Redmond has a unique fighting style including a finesse for one of the sport’s most difficult submissions: he has three wins on his record via his patented toe hold.
“You can’t even plan for it,” he said. “It’s hard to set up, it’s hard to execute. You have to wait for the opportunity. I never go out looking to do it. But if it presents itself I’ll jump on it with full intentions.”
Never resort to formulae.
McGregor aside, Redmond looks to Michael Bisping for inspiration.
“Bisping was at the forefront of MMA to England and he’s fought the best out there. He’s beat top guys. I’d love to see him back on a winning streak.”
Like ‘The Count’, Redmond shares a passion for music and DJ-ing, but it’s Bisping’s success in the Octagon that he seeks to emulate one day.
“I’m here to make a statement,” he said. “I fight at a high pace. I have some crazy submissons. If somebody leaves an arm or a leg there, it’s coming home with me.”
A warrior indeed.

UFC Fight Night: Gustafsson vs. Johnson takes place at the Tele2 Arena in Stockholm. To be part of one of this huge event, click here for ticket news. Head to our UFCEurope Spotify account for walkout music, guest playlists and more exclusive UFC content.