"It (the division) is interesting, but I think I am the only real character left, now that Nick Diaz has gone." - Paul Daley 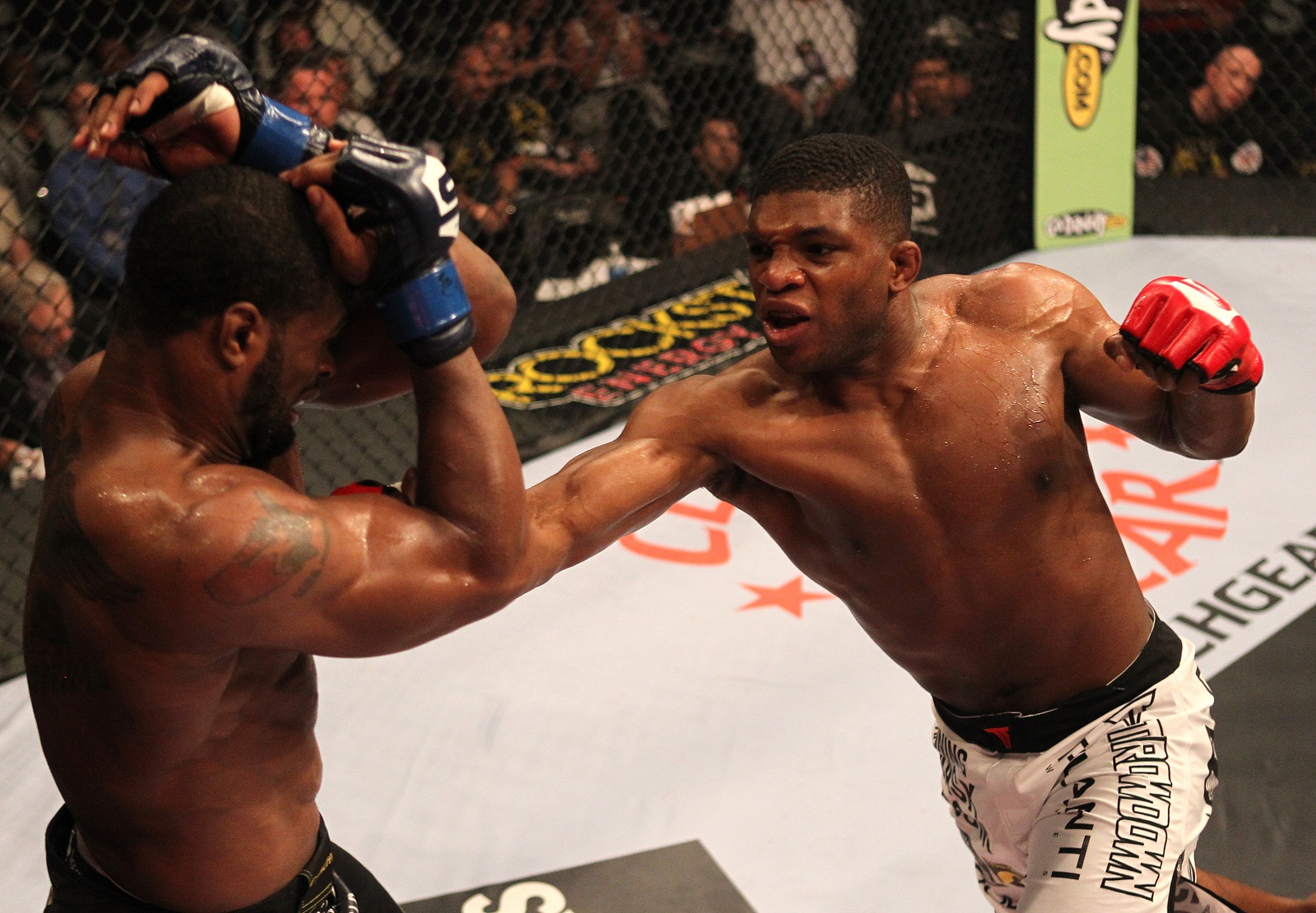 Strikeforce welterweight contender Paul Daley occupies a peculiar spot in the 170-pound MMA world. The fans want to see him fight, likely to see him live up to his nickname “Semtex” and detonate one of his fists on someone’s chin. At the same time, practically none of his opponents want to see him fight his fight, leaving many bouts to turn into lessons into frustration for the Nottingham product.

Yet Daley, 29, takes a mature approach to this dilemma, and when asked if his power will lead everyone from this day forward to be shooting for takedowns from start to finish, he replies, “No, not the real fighters. Real fighters let the fight evolve in whichever way it should go, and they fight to finish, not stall.....real lions go for the kill.”

One of those “real lions” was current UFC contender Nick Diaz, and though Daley lost their Strikeforce welterweight title bout via first round TKO in April of last year, the four minutes and 57 seconds of fury that preceded the final verdict was some of the best action seen in the sport in 2011.

It was a fight in which there were no losers in the eyes of the fans, and when Diaz vacated the belt to chase after UFC gold, Daley was expected to be the next to ascend to the throne. Unbeaten Tyron Woodley had something to say about that though, and in Daley’s most recent Strikeforce bout last July, he lost a three round decision to “T-Wood”, who wisely used his wrestling game to nullify the Brit’s striking for 15 minutes.

“I beat Woodley in my opinion, so it wasn’t that frustrating,” said Daley. “He fought a scared fight and was tired by the second round. I feel bad that the referee’s decisions gave him the win in the judges’ eyes. Three minutes s of inactivity on the floor...that’s not scoring points, and it certainly ain’t entertaining for the fans, who all cheered when it was stood back up.”

Undeterred, Daley remained active for the rest of the year, decisioning UFC vets Jordan Radev and Luigi Fioravanti in back-to-back fights, with his only serious challenge being the scale, as he came in overweight for the Radev bout, the fourth time he’s done so in his last 10 bouts. Against Fioravanti, he got his weight in check and closed out the year with his third win in five 2011 fights. It was a hectic schedule to say the least, but one he wouldn’t mind keeping in 2012 and beyond.

“I want to stay very busy, and keep fighting and keep winning,” said Daley, who will return to Strikeforce this Saturday night against Japanese veteran Kazuo Misaki, the 2006 PRIDE welterweight Grand Prix champion and someone who owns wins over the likes of Dan Henderson, Denis Kang, Siyar Bahadurzada, Phil Baroni, and Ed Herman. It’s an impressive resume, and though Misaki has finished 15 of his 24 wins, fighters like Woodley and Josh Koscheck (who decisioned Daley in a 2010 UFC bout) may have provided the blueprint to beating Daley. So how big of a part does wrestling play in the Brit’s training camps these days?

“I wrestle a lot, but mostly, I work on takedown defense, which is coming along nicely,” said Daley, who knows that Misaki has the style to give him trouble not just on the mat, but standing as well.

“He (Misaki) is so well rounded, I can’t rest anywhere,” he admits.

On paper, it’s one of the most intriguing bouts on an intriguing card at Nationwide Arena in Columbus, Ohio, and with Woodley coming off a January win over Jordan Mein, and Daley now facing the highly-regarded Misaki, does “Semtex” see this week’s matchup as an unofficial title eliminator?

“Yeah, most definitely. After this fight, the only fight I should be offered is a rematch with Tyrone Woodley for the welterweight belt.”

In the meantime, enjoy Paul Daley, as he is certainly a jolt of energy for the Strikeforce welterweight division.

“It (the division) is interesting, but I think I am the only real character left, now that Nick Diaz has gone.”