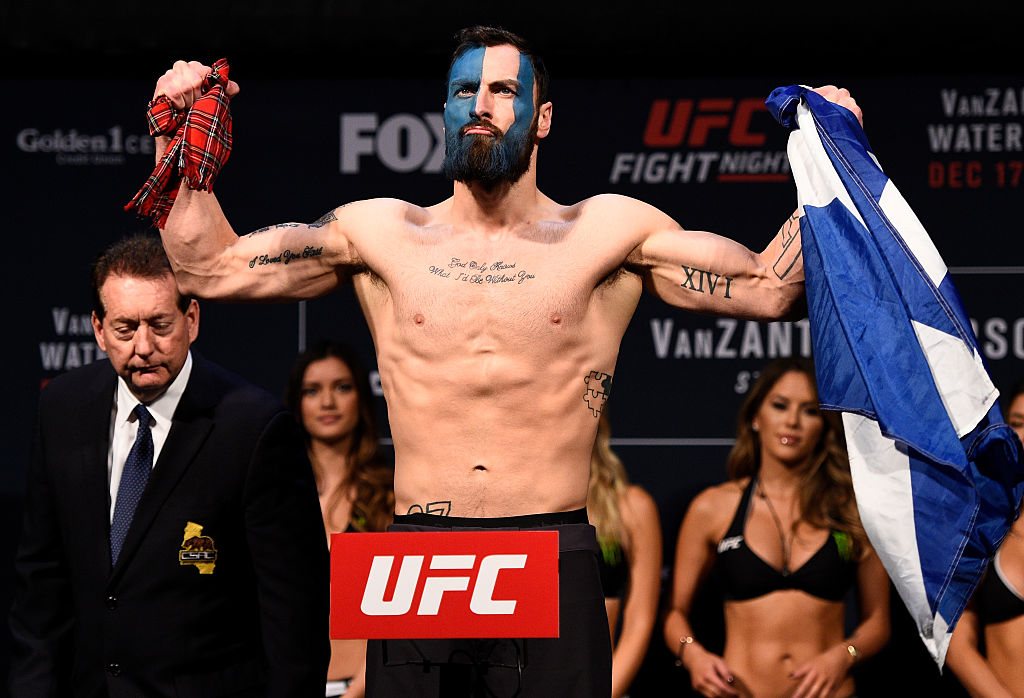 Less than a month after submitting Adam Wright in 47 seconds in June 2015, Paul Craig was back home in Scotland and sitting in The SSE Hydro in Glasgow, watching the UFC’s first event in his country.

He was just a fan that night, albeit one with a 6-0 pro MMA record and high hopes of one day being in the Octagon and not outside it.

“I believed I was ready for the UFC,” he said. “In all fairness I probably wasn’t (Laughs), but to see Robert Whiteford walk out, the place erupted. Everybody was on their feet, shouting and screaming. This was the first time the UFC had ever been in Scotland, it was a massive event, and for MMA fans in Scotland who had never ever been to a UFC, it was huge.”

By the time Monday rolled around, Craig was back in the gym and when he talked about the previous weekend’s event with his coach Brian Gallacher, they came to a quick and simple conclusion.

Now they are. Craig made his UFC debut last December, submitting Henrique da Silva and picking up Performance of the Night honors in the process. He would lose his second Octagon bout to Tyson Pedro in March, but for his third appearance this Sunday, he will get to face Khalil Rountree Jr. in Glasgow. It’s not just a full circle thing for the 29-year-old light heavyweight from Coatbridge. It’s so much more than that.

“Scottish people, we’re warriors,” he said. “We come from warrior stock. It’s in our blood. We don’t get the best weather in the world, we have rain, we have wind. We battle from the minute we come from the womb, and when somebody comes into your soil - and it means Khalil Rountree - and he’s trying to take something that’s mine, he’s trying to beat a Scotsman on his home turf, that’s a hard man to beat. It’s a sense of pride, it’s a sense of love that the Scottish people have for their country. It’s a place within our heart.” 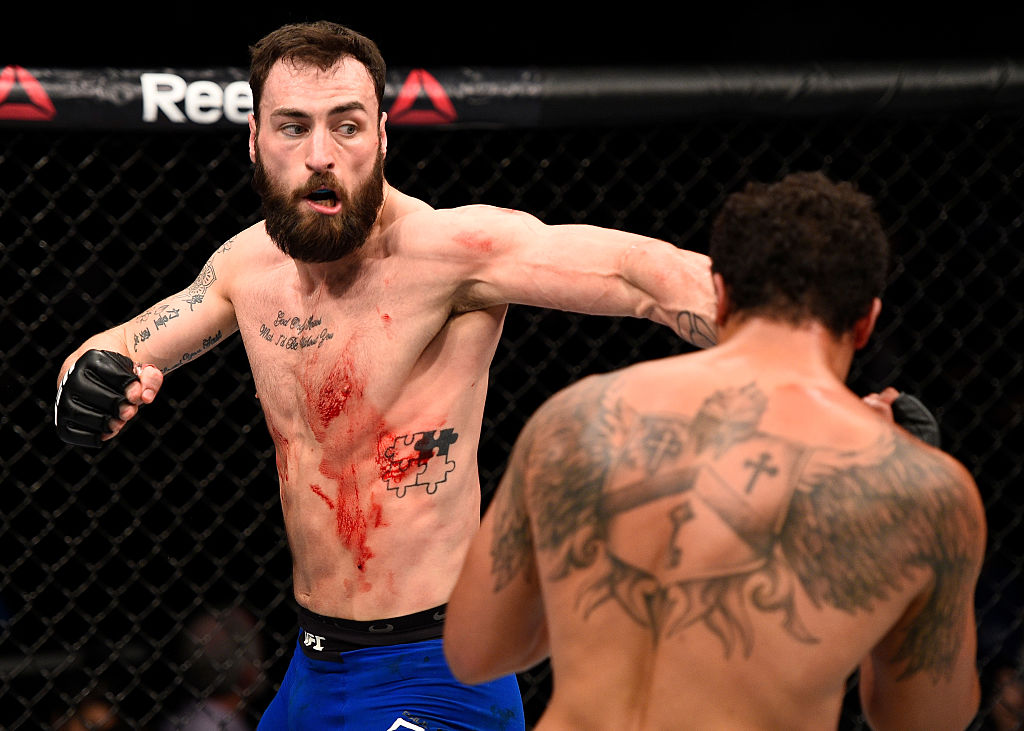 UFC Fight Night event inside the Golden 1 Center Arena on December 17, 2016 in Sacramento, California. (Photo by Jeff Bottari/Zuffa LLC)" align="right" />Scotland will be well represented on Sunday, with Joanne Calderwood, Stevie Ray and Danny Henry joining Craig on the card. For all of them, it’s a reminder of what it took to get here and how living in a place that isn’t the United States or Brazil can make it tougher when it comes to making it to the big show. But once they get here, it will take a lot to get them to leave.

“Hard work and sacrifice got me to the UFC, and it’s what’s gonna prevail to keep me in the UFC and keep me winning in the UFC,” Craig said. “You hear people saying I sacrificed this and I sacrificed that, and yeah, we all sacrifice stuff to get here, but I sacrificed more than the average man. In the gym, we say hard work beats talent when talent doesn’t work hard.”

Luckily for Craig, he’s got talent and a solid work ethic, making him a dangerous man in the Octagon. And yeah, sometimes there are setbacks, like his loss to Pedro, but that’s not going to keep him from chasing a world championship at 205 pounds.

It’s a lesson he learned from an unlikely source, but Craig can most certainly relate to a fictional fighter named Rocky Balboa. Declaring, “There are no bad Rockys,” when it comes to the beloved film series, Craig wanted to be the Philadelphia slugger as a kid, and while he went to MMA and not boxing, he still took inspiration that he keeps with him to this day.

“Everybody, no matter who you are, we’ve all had our ups and downs, and he had this one chance to make it,” Craig said. “And then he doesn’t even win, because not everybody wins at life, but he’s still swinging.”

Paul Craig is still swinging as well. So how does his Rocky movie end?