"When an opportunity to fight a legend like Shogun Rua comes up, you’ve gotta take it.”
By Steve Latrell, on Twitter: @TheUFSteve • Nov. 14, 2019

“Growing up I had a bigger brother and he put me in many a Sharpshooter, so to have the opportunity to meet the man that inspired him to haunt me every Saturday afternoon? It was amazing.”

“Just listening to his stories and what he’s done in his life, I would love to do that. I would love to have the career that he’s had. It was amazing just to stand in front of this guy who you grew up watching. In the picture with him on social media, I’m like the happiest guy in the world. Amazing. This sport, it takes a lot from you, but it gives you so much back. I would never have got the opportunity to meet him or any of my icons. Getting to meet my heroes, it’s amazing.”

These expressions of gratitude pop up frequently when speaking to Craig, and almost belie his hulking frame and résumé as one of the most fearsome submission artists in the UFC light heavyweight field.

For example, fighters frequently embrace the narrative that they enjoy fighting in “enemy territory,” and Craig is no exception. But his reasons for enjoying it are different than most.

“Everywhere I’ve went, I’ve always been in enemy territory - apart from Glasgow. Apart from that, we always get to travel and that’s one of the perks of this job; getting to see the world. Last week I was in Scotland, and now I’m in Brazil. I really can’t complain man, this is beautiful.”

It’s a great mindset to have, particularly in this instance. Not only is Craig fighting in Brazil, he’s fighting one of its favorite sons in Mauricio “Shogun” Rua. It’s difficult to imagine less friendly confines than Ginasio do Ibirapuera this Saturday when Craig makes his walk. But even this challenge is one he approaches with reverence because he’s as much a fan as a fighter.

“Every fight you go into is important, but this one is special because getting to share the Octagon with a legend, an MMA icon, everybody knows who he is, and we’re in his hometown. To go into the lion’s den and face the lion himself? It’s a cool experience.”

A short-notice replacement for an injured Sam Alvey, “Bearjew” is less than two months removed from his last bout, and heading into his fifth fight in less than a year. But nothing about that pace seems to faze the soft-spoken Scotsman. In fact, he seems keen to ride the momentum following his most recent victory over Vinicius Moreira.

“That last fight was against a grappler, and it was a test in my submission defense as well as my submission offense, and I showed that it was one of the best in the division. I feel good. I left that last fight in Mexico City with no damage done at all. I’m riding on Cloud Nine. When an opportunity to fight a legend like Shogun Rua comes up, you’ve gotta take it.”

It was an opportunity, in fact, that almost felt to Craig like it was written in the stars.

“It’s like something I knew,” he explains. “Something that’s been strange after the Mexico fight camp which never ever happens is: my weight stayed normal. Normally it would go up a wee bit, because obviously I eat a wee bit more and the training will be a bit more relaxed. But for some reason my weight just stayed the same.”

Whether staying fight-ready was destined or mere coincidence, Craig is now staring down the most consequential matchup of his career. Coupled with his success last September, it could be the beginning of his first UFC win streak, and propel him into the division recognition he has long sought. 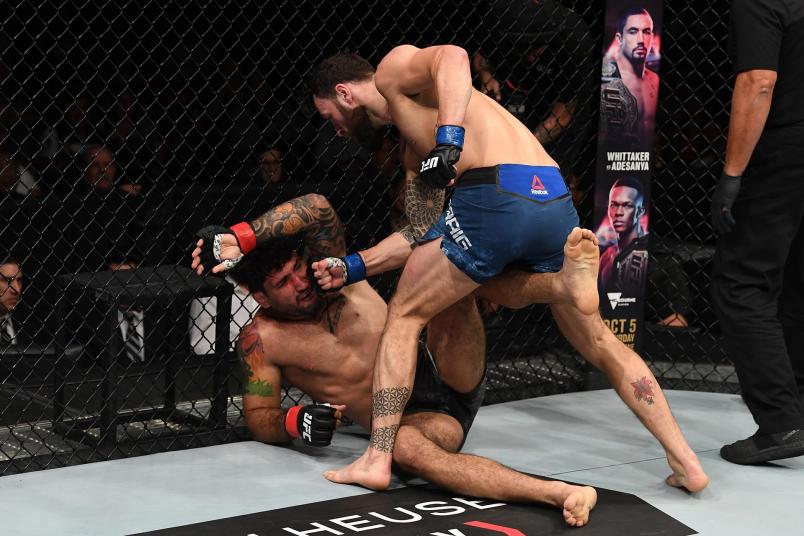 “This year, I wanted to be in the Top 15. That loss (against Alonzo Menifield) set me back a bit. This is the make or break. This is one of these ones that can push you into that mix with these guys. So this is a very, very important fight for me.”

If Craig is successful in his endeavor to get a number next to his name after this one, he’ll find himself in the midst of one of the wildest, most stylistically diverse divisions in the sport, and his eyes light up at the prospect.

Just don’t expect something like a division ranking to slow his roll.

“I got into the sport to fight. I just enjoy fighting. I enjoy the training aspect. I find it hard to go home at night and just switch off.”