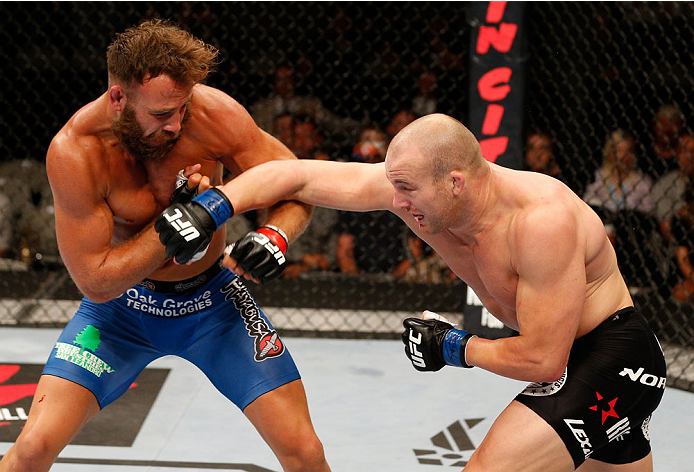 Though the above line was actually uttered by Ben Affleck’s character in Jay & Silent Bob Strike Back in regards to the quiet titular character’s constant station as the muted sidekick of an obnoxious manchild, it’s entirely possible that Patrick Cummins offered up something similar as he languished on the regional circuit, struggling to find a fight.

Sporting a serious collegiate and international wrestling pedigree, people weren’t exactly lining up to face the man sporting the moniker “Durkin” (which is actually his middle name). From January 2012 to January 2014, Cummins fought just three times, picking up first-round stoppage victories each time. Given his background on the mats and the overall lack of depth in the light heavyweight division, Cummins believed that if he got a chance, he could prove that he belonged in the Octagon with the best in the sport, but month after month, the call didn’t come and he started to wonder if it ever would.

“I needed my chance to get in there because I train with all these well-respected guys that are in the UFC and they’re like, ‘Aw man, I’m so excited for you to get in there. Your chance will be coming,’ and it was a long time. Every time people are saying that to you it’s like, ‘I feel it too, but when is it going to happen? I’m starting to get a little frustrated.’

“I couldn’t really support myself. I had gotten to the point where I’m working at a coffee shop, working around my training schedule just so I can pay half of my bills. I was coming to a point where I was like, ‘If I don’t make this happen soon, it’s not going to happen.’”
> Watch: Meet Patrick Cummins

Then came a last-minute call to replace Rashad Evans opposite Daniel Cormier in the co-main event at UFC 170, a whirlwind of press and promotion, boasts that he would beat the former two-time Olympian and tales of training room interactions many thought should have remained behind closed doors.

After years of struggling outside of the spotlight, eager to get an opportunity to show what he could do, Cummins became a target of criticism – the guy that didn’t deserve to be making his UFC debut in the co-main event of a pay-per-view against a potential title challenger. 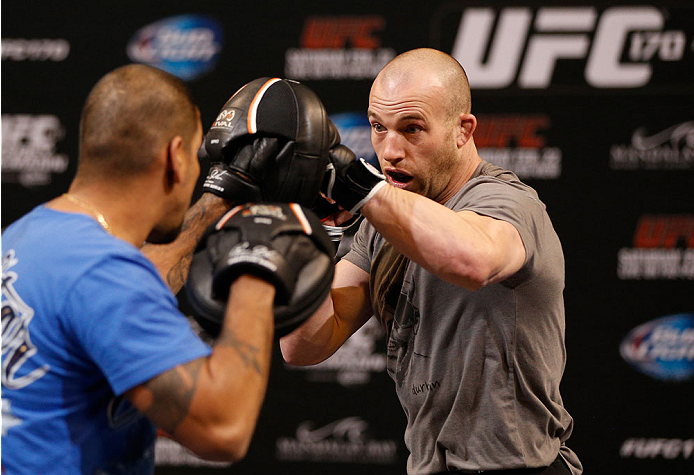 “When that came up, I jumped at it,” he says of the chance to fight Cormier last February. “I think anybody in my position would have done the same thing.”

When the fight ended in just 79 seconds, the amount of vitriol directed at the opportunistic fighter got worse. Almost a year later, people still cite his inclusion in that fight as a punch line and carry a grudge against the former Penn State Nittany Lion for daring to accept the life-changing offer.

Though he believed he was capable of delivering a better performance than the one he put forth at UFC 170, Cummins saw the fight with Cormier as a foot in the door. As soon as the fight was over, he was champing at the bit to get back inside the Octagon and show what he could do on a full training camp against someone other the man that will challenge Jon Jones for the light heavyweight title in less than a month at UFC 182.

“As soon as that fight was over, I wanted to get back in there because it’s a whole different experience,” Cummins, who picked up a second-round technical knockout win over Roger Narvaez four months later to notch his first UFC win, explains. A lot of people will tell you that their first experience in the UFC is crazy and if you’re not prepared for it…”

He pauses, trying to find a way to qualify his thoughts.

“I’ve competed in front of some pretty big crowds, probably bigger than were at that fight, but it’s a whole different experience, so getting comfortable in that situation is the most important thing. I feel like I have all the skills, but the number one thing is feeling comfortable in uncomfortable situations. It (wrestling in college and internationally) sounds similar, but let me tell you – it is not.”
> Watch: Patrick Cummins vs. Roger Narvaez at Fight Night Albuquerque

Seven weeks after picking up his first UFC victory, Cummins earned his second, using his outstanding wrestling skills to dominate former Ultimate Fighter contestant Kyle Kingsbury and show people that despite his inauspicious start, he definitely has what it takes to compete on this level. 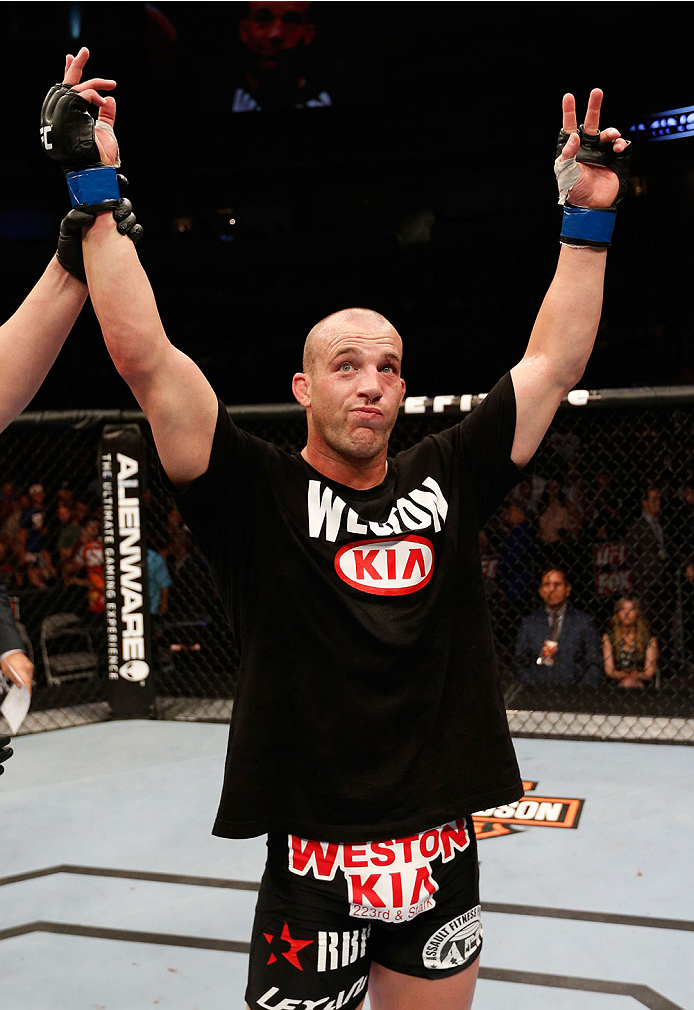 Saturday night in Barueri, Brazil, the 34-year-old prospect looks to take another step up the divisional ladder when he faces off with TUF Brazil Season 3 heavyweight winner Antonio Carlos Junior.

The 24-year-old with a Portuguese nickname that translates to “Shoe Face” (Cara de Sapato) was dominant in earning a decision win over Vitor Miranda back in May and has a sizeable collection of medals from various Brazilian Jiu-Jitsu competitions hanging on his mantle, making him one of the top emerging talents from the South American MMA hotbed.

It also makes him an idea dance partner for Cummins, who is focused on solidifying his place as one of the fighters to watch in the 205-pound ranks heading into next year and silencing the partisan crowd inside the Ginasio Jose Correa on Saturday night as well.

“I really pushed for one last fight in this year. Most importantly for me is that I want to end this year on a high note. I came in pretty low (laughs), so I want to stay active as much as possible, keep climbing the ranks, but I want to go in there and end on a high note, cement in people’s minds that ‘Oh, this guy is for real. He didn’t just show up for 15 minutes and smile for the cameras. He actually wants to win.’

“I picked up my biggest wins in just about everything going into a hostile situation – I’m not in front of the home crowd, I don’t have that momentum behind me, but I think I get a little more excited and I perform better when everybody is doubting me.

“I watched the last Brazil card, and when the guy that isn’t from Brazil wins, it is completely silent. I’m looking forward to that. That’s exactly what I want to do. I want to make everybody shut up.”