Patience Is Key For Dusko Todorovic

Just ten fights into his mixed martial arts career, and Dusko Todorovic is already being looked at as the kind of athlete that won’t just have success on his own journey to the top, but that will open doors for the next generation of fighters hailing from his native Serbia. It’s a role he is comfortable in accepting.

“I believe I've been doing everything the right way,” said the unbeaten middleweight prospect, who will face Punahele Soriano this Saturday on Fight Island in Abu Dhabi. “I've never represented my sport or my country in a bad way, and I try to be a good ambassador because I believe that's exactly what we are as fighters. The situation in Serbia compared to the rest of the world isn't very great. Not many people know about MMA or UFC, so I believe it's my job to raise that awareness and make people realize that we're not some street thugs. I think it's my job to show to people that we are professional athletes and that we are good people. And that's what I've tried to do since the beginning and that's what I will be striving to do in the future, as well.”

It’s an admirable and mature mindset from someone just 26 years old, especially when he comes from a place that, as he pointed out, isn’t exactly an MMA hotbed. But it’s important for him to help build the sport at home and prove that his nation can produce UFC level fighters on a consistent basis.

“Not a lot of fighters who represent Serbia actually live in Serbia and train there,” the Belgrade product admits. “There are only two at this time - it is me and Stefan Sekulic from Novi Sad. We are the only two actually living and training in Serbia. As for training conditions and management wise, it's all good. You can say it's a dream of mine and of my coach to prove that we can produce UFC quality fighters, which we have proved with me that it is possible, and to achieve a big success out of Serbia to prove that we don't have to go outside of our borders to train and get the right training or training partners to achieve something. And also, management wise, we have good managers here who have been able to make connections with the UFC and now I believe we are getting stronger by the day, especially on our team. We have so many good professional fighters who are bound to sign a UFC contract at one point for sure. So the situation is getting better by the day.” 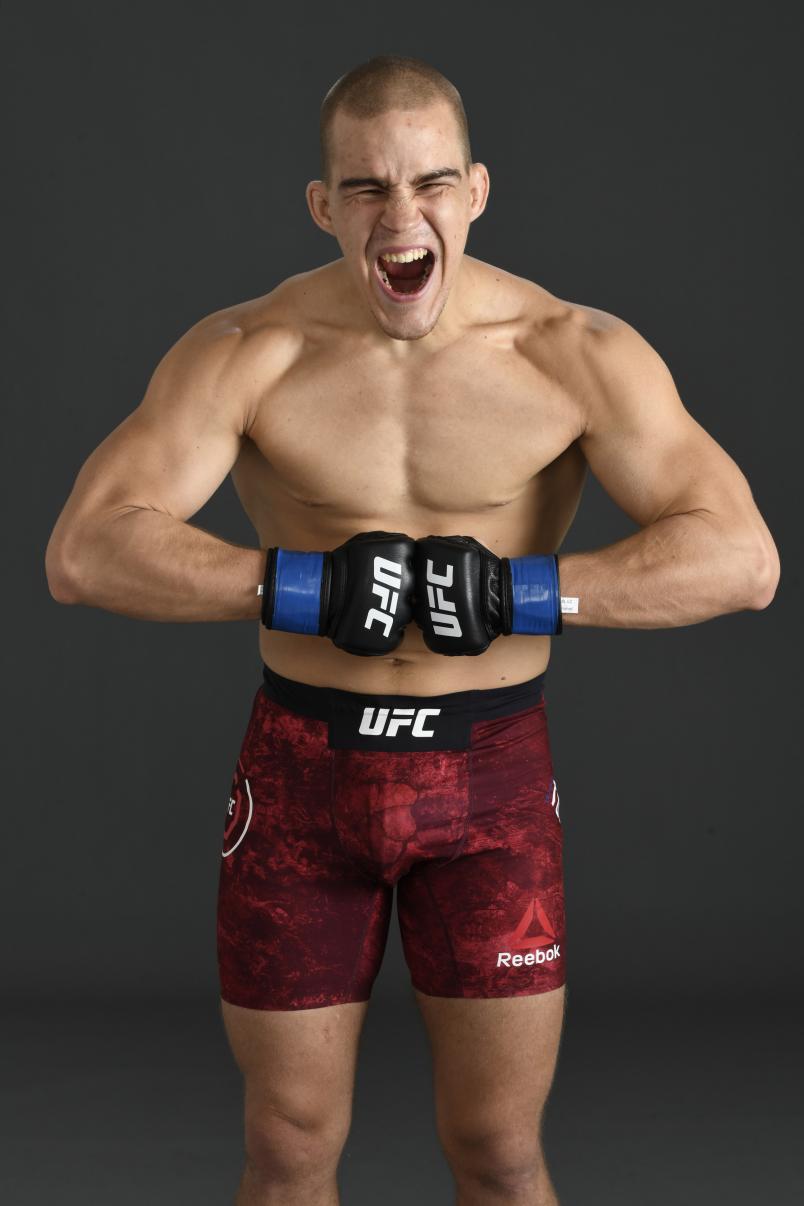 That kind of optimism is well-suited for this time of year, with January always the month when hope springs eternal. Todorovic is no different, but he’s actually not too dismissive of 2020, despite a positive COVID-19 test and three postponements of his UFC debut before he finally made the walk in October and scored a Performance of the Night knockout of Dequan Townsend.

And while he’s looking forward to getting his new year in the Octagon underway, he’s not going to look past this weekend, because as he found out, plans don’t always pan out.

“I'm looking at the past and how unpredictable everything is, so I'm not gonna think about what 2021 might be,” he said. “My next task is this fight and I'm gonna focus on that and prepare for that and I will give my best to start 2021 the way I finished 2020. That's my first goal and something I'm going to be striving to do.” 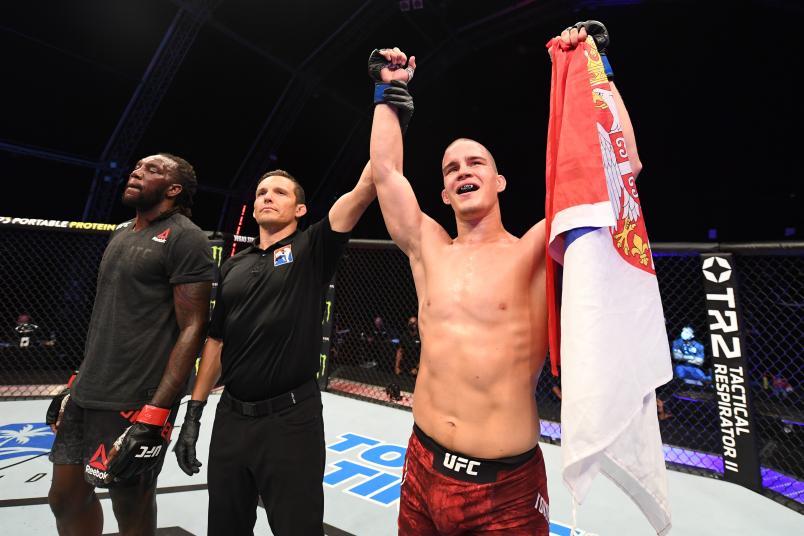 The year will get a lot more interesting for “Thunder” should he defeat Soriano, a fellow unbeaten graduate of Dana White’s Tuesday Night Contender Series that also scored a knockout in his UFC debut, halting Oskar Piechota in less than four minutes. Todorovic calls the Hawaiian his “toughest challenge yet,” and it’s the kind of matchup that is a lot more prevalent in the UFC as opposed to boxing. But Todorovic, who stopped Michel Pereira in his last fight before the Contender Series, has never shied away from tough competition.

“It is kind of unusual to have two undefeated prospects fight each other so early in their UFC careers, but it is what it is,” he said. “In order for any of us to come to the top level or get a chance to one day fight for the belt, this is the way for it to be done. I never picked opponents and we always fought the toughest competition possible at the time. There's only one way to the top and it's not by taking the easy way. You have to fight the toughest competition and the best fighters in order to reach the top and prove you're really worth something.”

Todorovic looks like he has the goods thus far, and with the middleweight rankings getting a little shakeup after the 2020 efforts of fighters like Kevin Holland and Marvin Vettori, there is a very real possibility of the Serbian battler finding his own place in the top 15 by the middle of this year. But he’s in no rush. There’s time to get there, and he’s willing to do the work necessary to get there in the right way.

“I just feel that patience is a virtue that any successful man in any job or professional field has to have in order to be successful,” said Todorovic. “From Day One we have worked very hard and always had the ultimate goal in our mind, which is to be the champion and also to stay undefeated. But I feel like a fighter has to keep in mind all the time that there's no shortcuts or an easy way to your goal. You have to be patient and you have to realize that this is not a sprint, it's a marathon. So you have to think long-term in order to one day become successful or become a champion.”

Make sure to watch Todorovic and Soriano duke it out in a battle of unbeaten prospects, live on ABC and ESPN+ at 3pm ET/12pm PT.