"I always believed in myself, but I felt like every fight I was going in trying to convince people." - Pat Healy 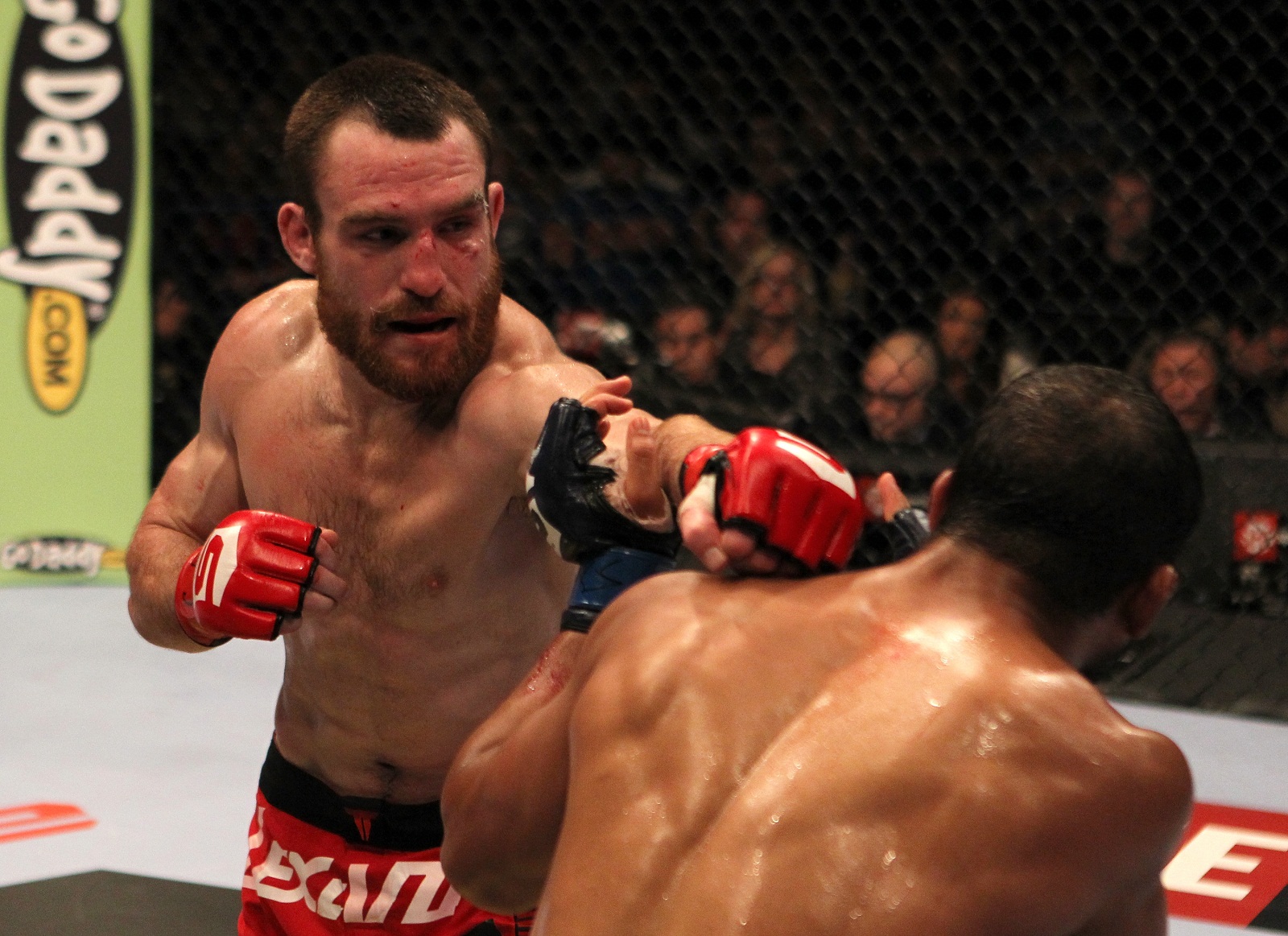 Pat Healy has had some bad years over the course of his last decade as a mixed martial artist. 2011 wasn’t one of them. In fact, you could argue that it was the best of his career, as he went 3-0 in Strikeforce, defeating Lyle Beerbohm, Eric Wisely, and Maximo Blanco. But knowing how hard it was to get to this point, the lightweight contender wasn’t about to throw it all away with a wild final three months of the year.

So he went to China.

“Man, it was incredible,” said the 28-year old of his trip to Asia to give seminars and train members of various MMA teams. “I really loved China. I fell in love with it. It was not at all what I expected. I had all these people warning me about this and that, and it was people who had never been there. There’s this great misconception that the government’s watching your every step and that it’s super restricted, but that’s really not the case. They may have the communist party in charge, but capitalism is alive and well over there, and it’s even more capitalistic than the United States, I’d say, and it’s a booming economy. You can live an incredible lifestyle out there for a lot cheaper and it’s an easy lifestyle to fall in love with.”

If that doesn’t cap off your year in style, what does? It was another reminder of how far Healy has come in the space of 43 pro fights, and it’s good to see the rest of the world catching up and realizing that despite 15 losses, he’s a legit contender and someone who has turned the corner. And you can hear it in his voice that he couldn’t be happier to show fighters halfway around the world just how he does what he does.

“It was really cool,” he said. “The guys were so excited and so focused that when you were teaching it was weird to have a group of 80 people and everybody is paying such close attention. There’s the language barrier, so I had a translator, but a lot was off sight, so I’d really have to show my hand positions or my leg positions and stuff. It was a lot more visual learning, but the focus a lot of the athletes had, they were so ready for instruction and excited to get some good techniques.”

And once Healy was back stateside, he had a new energy and focus from the experience, something that bodes well for his return to action this Saturday night in Columbus, Ohio against rising star Caros Fodor.

“Although I was teaching out there (in China), I really learned a lot from those guys,” said Healy. “They have an interesting style of standup. It’s pretty heavily influenced by Muay Thai, obviously because they’re so close to Thailand and a lot of the athletes have been over there. But they did a lot of little, different things. They threw a lot of sidekicks, and man, when you first experience that, it’s a really slick style that they have. I hope I was able to add some of the slickness into my game and I really got some things from them about how they were training that I’ve been able to add into my training that I think is going to help my game a lot.”

He’s even given up his recreation pastime of mud sliding in his native Oregon.

“I’m missing some good times right now,” he laughs. “It would be the perfect time to do some mud sliding, but with the fight coming up, I’ve been trying to lay off. As the fights get more important and as I get older, yeah, you gotta make sure you make the right decisions.”

Needless to say, it’s a good time to be Pat Healy. He’s beaten everyone put in front of him over the last year, and if he gets his 2012 campaign off to a similar start, he’s got to be in the title picture because four fight winning streaks are hard to come by wherever you fight, let alone in a premier organization like Strikeforce. But he’s not screaming for a title shot or any particular names. He’s just happy to have finally earned the respect he fought so hard for.

“I kinda feel like it’s a lot of weight lifted off my shoulders,” he said. “I always believed in myself, but I felt like every fight I was going in trying to convince people. Every interview I gave, everyone I talked to, I was trying to convince them that I had a chance to win or that I was gonna be a contender. Now I feel like people are taking me seriously, and that’s one less thing I have to worry about.”

Now the only thing on his plate is dealing with Fodor, a fighter who had his own coming out party last December when he knocked out Justin Wilcox in just 13 seconds.

“He’s a guy who fights really similar to the way I do,” said Healy of his opponent. “He’s a grinder, he’s super tough, he’s hard-nosed, and he’s got a lot of momentum going with him right now. He’s coming off that big win over Wilcox, where I think a lot of people kinda wrote him off, and that’s probably what’s gonna make him most dangerous. He definitely has the belief in himself and a lot of confidence going into this fight.”

Healy shares that attitude, and as the MMA world turns, guys like him are starting to be seen for what they’re doing now, and not what they did ten years ago, when the sport’s landscape was a lot different than it is today.

“In the early days of MMA, there wasn’t so much care as there is now about the boxing style of needing to build your record and take smart fights,” said Healy, whose 28-15 record still includes wins over Paul Daley, Dan Hardy, and current interim UFC welterweight champion Carlos Condit. “A lot of us who started young and got into the game early would take anything that was thrown in front of us, and I feel like it has paid off for me fighting like that, and it’s really gonna make a difference in the experience I have, and I definitely feel like I’m one of the guys who need to continue winning and show everybody that you gotta look past those records a lot of the time.”

“I gotta put together another good streak of winning fights, obviously, and everything that comes to me, I’ve got to be prepared, and the fights that I’m expected to win or do well in, I’ve really got to have good performances in.”

That may be tough, because with his current streak, people may expect Pat Healy to win them all.

“It’s a lot better than them expecting you to lose,” he laughs. “You get on those websites and they have the pre-fight picks and they’ll be like ‘this guy’s gonna be tough, but he’s gonna lose.’ It’s a little nicer to see them considering you for some wins.”