"I want to make a scrappy fight, get in his face, stay in his face, and
show him that I’m not intimidated at all by the “0” in his record." - Pat Healy 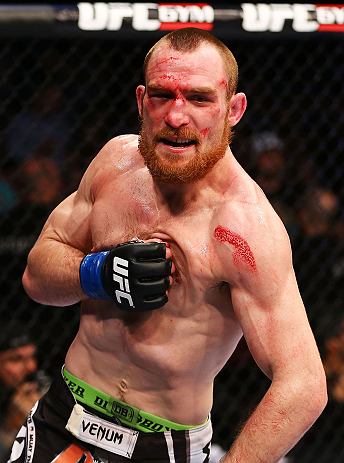 After 47 pro fights, Pat Healy isn’t going to get rattled by facing Khabib Nurmagomedov and his 20-0 record this Saturday at UFC 165 in Toronto. On the contrary, he enjoys matchups like these.

“My friends always joke with me and call me the ‘prospect killer’ because I’ve been in that position a lot, where guys have all the hype coming in against me and they kind of throw me in there thinking I’m gonna be a stepping stone,” said the lightweight contender. “Those are the fights I perform the best in because it takes the pressure off. You just go out there and let it all hang out, and that’s when I usually have my better performances. It’s the fights that I’m really favored in that I have the worst performances in. So these are the ones I like.”

You know you’re talking to a veteran when he doesn’t shy away from a challenge like this, but instead relishes it. Let’s face it, a fighter like Nurmagomedov has looked unstoppable up to this point, he’s got the confidence and youth to go along with his skill set, and the bottom line is that he doesn’t know how to lose. Oregon’s Healy came up under a whole different set of circumstances, fighting to stay above the .500 mark for the first five years of his career, a span of time filled with short notice bouts, matches against some top contenders, and fights which he simply shouldn’t have taken at the time. > Read: Pat Healy Finally Gets His Second Chance

“It built some character in me, that’s for sure,” laughs Healy, knowing that it’s not where you start, but where you finish, and at the moment, he’s in the UFC. So while he respects the game of the Russian upstart, he doesn’t see him as being on a higher level than he is.

“He (Nurmagomedov) is a really great athlete, really explosive, a great wrestler, and a very dangerous opponent,” said Healy. “I think he can explode and finish you at any moment, but he’s still pretty raw, still has some holes in his game, and that’s what I’m gonna look to exploit.”

In other words, he’s going to throw 47 fights worth of experience at his 25-year-old opponent.

“He’s never really been in any bad positions or had his back against the wall, so to speak, as far as being in trouble,” said Healy, 31-15, 1 NC. “So I want to make a scrappy fight, get in his face, stay in his face, and show him that I’m not intimidated at all by the “0” in his record. I’m going to look to put him in bad spots and see how he reacts in those.”

Nurmagomedov has made the walk to the Octagon four times thus far in his career, so the UFC jitters are likely out the window at this point. That wasn’t the case for Healy his first time around in the promotion, as a 2006 fight with Anthony Torres turned out to be a disaster even before the opening bell rang.

“The last time I really didn’t prepare mentally for the pressure you can feel in the UFC,” he said. “I 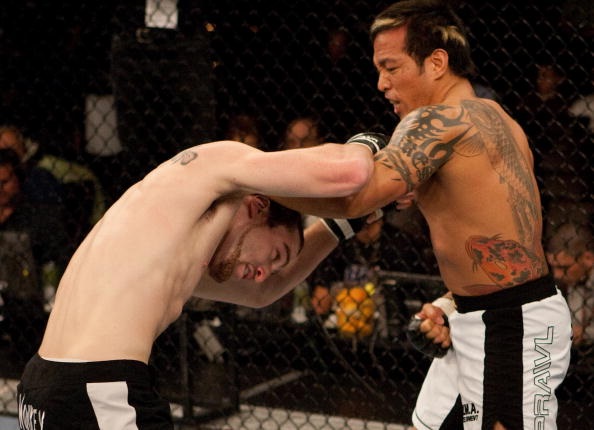 remember trying to convince myself that this would be like any other fight, and before the fight I went into the Octagon and was moving around and warming up and that’s when it hit me. ‘Oh man, this is the UFC.’ You see the logo on the mat and I got really nervous.”

Healy only made it to the 2:37 mark of the opening round before getting submitted by Torres, and it would be nearly seven years before he got the call back after Strikeforce shut its doors at the start of 2013. And when Healy came back, he was a different fighter physically and mentally, and it showed.

“I tried to put myself there and make myself feel nervous months out so I could get used to it, and it completely changed the experience for me,” said Healy of his UFC 159 bout with Jim Miller in April. “There were a few nerves, but it really was an exciting experience. The whole week leading up, being around New Jersey and New York was exciting and fun, and even the ring walk, everybody was cheering for Jim, but it was still crazy to hear that many people going nuts.”

Even the fight was an entirely different experience for Healy, as he engaged in an exciting scrap with Miller that saw him submit the hometown favorite in the third round, earning Fight and Submission of the Night honors.

That’s the Hollywood ending. In reality, Healy’s career full of ups and downs got another down when it was revealed that he failed his post-fight drug test for marijuana. What followed was a suspension, the reversal of the Miller fight to a no contest, and the forfeiture of his post-fight bonuses. More than four months later, he looks back on the whole situation philosophically.

“I still treat it as a win mentally,” he said. “I still have a lot of momentum and I’m trying not to let the suspension or anything kind of eat into that. I’m putting that in the back of my mind and focusing on the performance I had and considering it a win.” 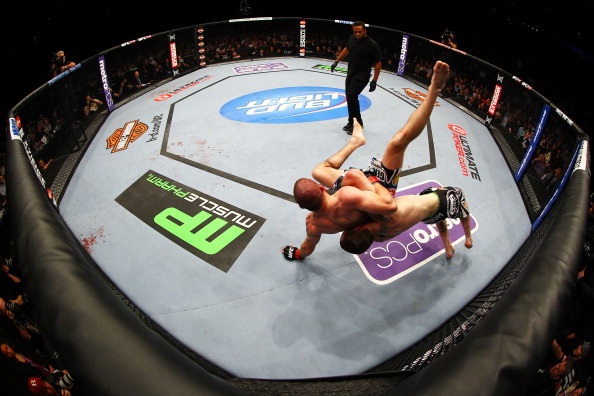 Yet despite the no contest and the furor surrounding the bout, Healy did get to introduce himself to a new segment of the fanbase that may not have watched the exploits in Strikeforce that earned him the number one contender’s slot.

“I think you’re nothing really until you do something in the UFC,” he said. “In most general fans’ eyes, they still look at the sport as the UFC and not MMA. This is the ultimate proving ground, and I still have some victories to get to have people completely on my side, but it definitely turned some heads and got people talking.”

And now, at the spry ol’ age of 30, Healy just may be hitting his prime at the right time.

“When I turned 29, and maybe a couple years leading up to it, it was hard to handle, like ‘oh man, 30, you’re old now,’” he laughs. “Then I looked back and said life’s been steadily getting better every year, so there’s no reason that’s gonna change. I certainly don’t feel 30. I feel young, I’m one of those guys who’s young at heart, and I welcome the 30s and hope they’re going to continue getting better.”