January 2016. Eddie Alvarez was two fights into his UFC career and about to face former lightweight champion Anthony Pettis in bout number three. Before he even stepped foot into the Octagon, the Philadelphia native’s street cred was established, but when I asked him before the Pettis bout what fighting was for him, that stellar reputation grew greater.

“Every fight is never a discovery of my opponent,” he said. “I could care less about his self-discovery or who he wants to become or whether he wants to be a better form of himself. It’s a selfish thing. I want to see what I’m made of. Am I a *****? Can I hang in there with one eye, a broken orbital, a broken nose? Can I hang in there with a broken leg? How much adversity am I able to overcome and still keep fighting? It’s really for myself, and not the other guy. So every time I step in the cage, I find out a little bit more about who I am.”

A little over two years after that conversation, Alvarez had won and lost the UFC lightweight title, headlined the promotion’s first event in Madison Square Garden, and engaged in one of the sport’s greatest fights against Justin Gaethje. As we spoke this week, I read the above quote back to him and wondered if he found out anything after 13 minutes and 59 seconds of war with Gaethje.

“You’re never quite there,” he laughs. “I guess it’s all in your head, but what a helluva fight. Being in this sport long enough, I think you grow a callous and a toughness. I say it all the time: there’s one thing to be tough and born with a good fighting spirit; but it’s definitely something over time that needs to be learned and the only way to learn is to deal with and overcome adversity and go deeper and deeper into it. I’ve been in those fights, those five-round wars where I was sort of outside of my own body looking over myself. The Gaethje fight was one of those fights that I was fortunate enough to experience that again, and I think the older I get, the more enjoyable those moments are.”

More enjoyable for the former lightweight champion, and probably less enjoyable for the 34-year-old’s wife Jamie and their four children. But if anyone understands the fight business and her husband’s willingness to go to those dark places in the Octagon, it’s Alvarez’ bride.

“What’s funny is that my wife’s been with me through this since the very beginning, and she’s seen me evolve, she’s seen me do better, and then she saw me go backwards for a little bit,” Alvarez said. “We would sit down and talk, and she knows more than anyone that I’m an instinctual fighter. I didn’t have to learn this. It was something that was in me, something I was good at naturally. But I tried to, at one point, control everything inside the cage by learning a bunch of stuff, and we both know that’s not my style. That’s not how I function at my best. I function at my best being instinctual. Although she’ll probably rip her hair out and go nuts during the fight, she knows that I’m my most successful when I throw caution to the wind and I turn into my instinctual self.”

Alvarez’ third-round knockout of the previously unbeaten Gaethje was a vintage performance by “The Underground King,” and one that put him in the number three spot at 155 pounds after his loss to Conor McGregor and a no contest against Dustin Poirier. Add in a Fight of the Night bonus, and those are the tangible rewards. Another one would be a second title belt to add to his collection, but it’s not necessarily the be-all end-all for a fighter whose existing resume is enough for him to be considered one of the top lightweights of this era.

“I think my biggest reason for wanting to win the title was to just show my kids what a lot of hard work can do,” Alvarez explains. “Kids don’t understand the deeper meaning yet, so they just see titles and trophies and things like that, and they say if that’s what you get, then you’re successful and you’re a winner. So for me, at the time, that was more for my kids. I wanted to win that for them.

“I sincerely know what I’m capable of,” he continues. “I compete against the best in the world on a daily basis, I know what I do well and I know my weaknesses, so I don’t need much more to prove to myself. I know what I am. So I think the title is more of a pride thing for my children, for my city, for the people who are involved in this with me. I feel like I win that for them.” 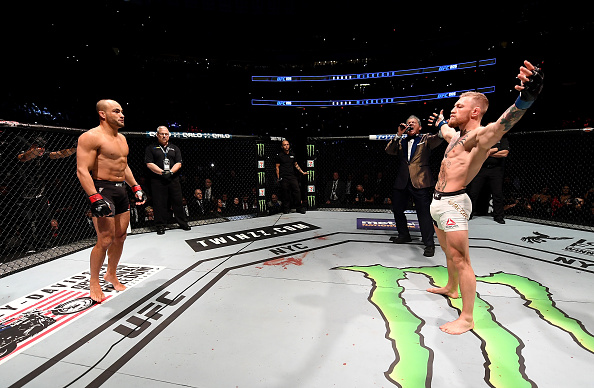 He wants to do it again, and he’s in prime position to make a run at the belt. But at this point, he’s in a bit of a weird position, given that ten of the top 15 lightweights are fighting in April, with Alvarez hoping to return in June. So in the meantime, he’ll stay ready so he doesn’t have to get ready.

“Right now I’m in the gym helping Edson (Barboza) get ready for his fight (with Kevin Lee), helping a lot of the guys from Dagestan and giving them rounds as well,” he said. “Marlon (Moraes) is fighting too, so I’m trying to be as good a teammate as I can without my own fight coming up. This is a time for me to learn from my teammates’ experiences and their fights, so if I can help them break down their opponents, it makes me get better myself.”

It’s just another reason to like and respect Alvarez, and getting that respect from his fellow fighters makes everything worth it for one of the grittiest competitors to ever strap on the gloves.

“I honestly feel like the money aside, the titles aside, and everything else aside, when I was younger and getting into this sport and I was joining my first fight club, the only thing I wanted at that time was the respect of the other fighters that I was training with,” he said. “And if I had that, then I would have had everything that I wanted. So to get that respect from my fellow fighters in the UFC and everybody like that means everything. There are a lot of opinions out there, but very little matter. So few opinions have what I’ve experienced and are willing to go through what I’m willing to go through. But I know the other fighters have seen it, felt it and experienced it, and a nod of the head from the other guys who are gonna make that walk as well, that’s what it’s all about.”

Tomorrow…Eddie Alvarez on the biggest fight of the year: Ferguson vs Nurmagomedov