Heavyweight In Striking Distance Of The Dream He Has Chased For 14 Years
By Thomas Gerbasi, on Twitter: @TGerbasi • Nov. 24, 2020

Catch a fighter after a loss and you almost always get someone having some doubts, wondering if that defeat was a fluke or a sign of bad days to come.

Despite losing his UFC debut to Chris Daukaus in August, the 35-year-old is not just confident that he’s going to turn things around against Josh Parisian this Saturday, but that it’s the start of big things for a someone who has more than paid his dues in the fight game.

He may have fought in front of 30 people when he made his first walk to the Octagon at the UFC Apex in Las Vegas thanks to the COVID-19 pandemic, but it was a whole new world for a fighter who finally got his shot to compete in the big show. It didn’t go his way that night, as he was stopped late in the first frame, but now that he knows the lay of the land, it’s going to be a lot smoother for him this week, even though he admits the first time around wasn’t that bad.

“I know what it's gonna be like now,” he said. “It's not something completely foreign. It never really stressed me out to begin with; the media obligations and the prep work and all the extra paperwork and everything, my manager Tyson (Chartier) has been making the paperwork part of things super easy. Him and his guys are really on top of staying organized with their stuff and helping me keep a tight schedule with setting up any media obligations and not having to miss a ton of family stuff or skip out of training or cut things short. So I don't feel like that's really been problematic in any way, shape or form. I'm actually looking forward to that and I'm having fun doing it.” 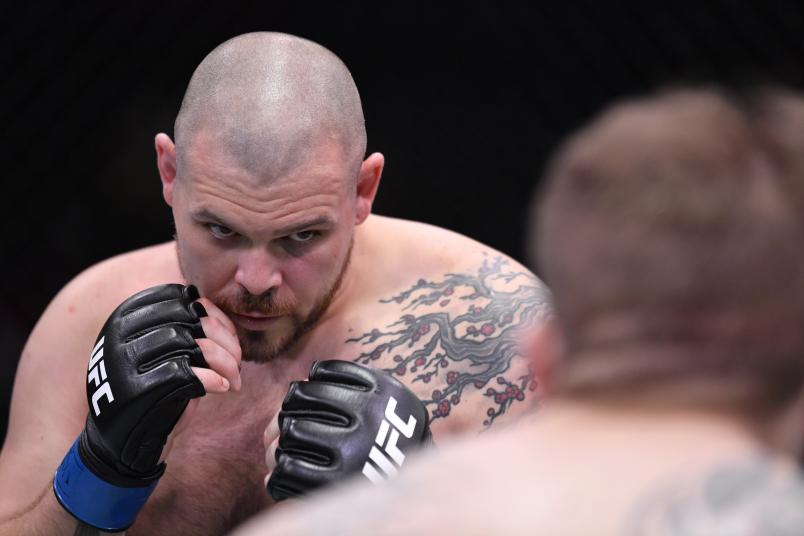 What Porter is happy he got for this fight is a full camp after stepping in to fight Daukaus on nine days’ notice.

“I'm definitely gonna be more prepared,” he said. “I've never taken a fight on nine days' notice before, let alone a UFC-caliber fight. I wasn't just sitting around doing nothing, but I certainly wasn't in a full camp, and I certainly wasn't in the best shape with the pandemic going on. I had no idea that I was going to be getting a call-up. I thought I would be getting called up for the Contender Series first or still have a couple more steps before I got that final jump to the big show, so I was a little more relaxed than what I should have been doing. This has been the most disciplined that I've been in years with diet, with my training schedule, with the intensity and the consistency. It's totally different. I'm not gonna be cutting 25 pounds this time, that's for sure.”

That means no Thanksgiving dinner for Porter with his family, but he has no problem sacrificing that for a dream he’s been chasing a long time.

“I love this,” he said. “I have to love it. I've chased this dream for 14 years before I finally got the chance to get my foot in the door, and now I'm here and I'm trying to capitalize on every bit of it that I can. I'm trying to stay as long as I can. You're gonna have to boot me out.”

Porter is hoping to never get that call, and he’s willing to do the work to make sure his spot on the roster is secure. That doesn’t just mean working hard in the gym, but also studying the rest of his competition. That may be the biggest trip for the longtime regional scene standout, being able to look up the rest of the heavyweights on the UFC roster and knowing exactly who they are.

“It really kinda dawned on me one day when I was trying to explain something to my kids, and I go and pull myself up on the UFC website and it shows the number of fighters,” he said. “It dawned on me that it's an elite few when you put things in the perspective of the world population. It's a higher level of competition, but it's nice to be able to say, 'I got this guy in my sights.' You've got a general idea of what the path ahead of you is gonna be like. And it's easier to plan and prepare for.” 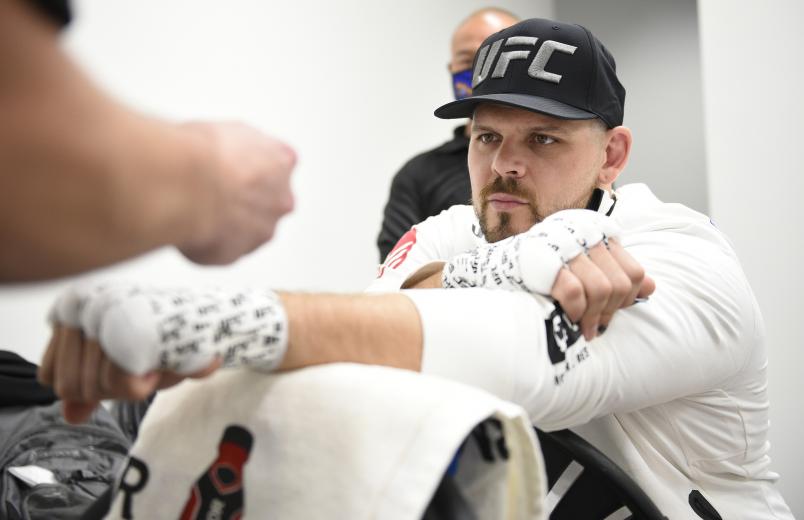 Parker Porter has his hands wrapped prior to his fight during the UFC 252 event at UFC APEX on August 15, 2020 in Las Vegas, Nevada. (Photo by Chris Unger/Zuffa LLC)

And don’t think for a second that he’s forgotten Chris Daukaus. It’s not a bad blood kind of thing, just something in the back of Porter’s mind that one day, he wouldn’t mind a second meeting with the man who beat him.

“Once you do get beat by somebody, you obviously want them to do well because that reflects better on your skill level, as well,” he said. “But also, I'm not planning on going anywhere. I need to know what's going on and what's gonna happen when we cross paths again. Is he progressing or regressing, what's going on? So I'm trying to stay on top of that as much as possible.” 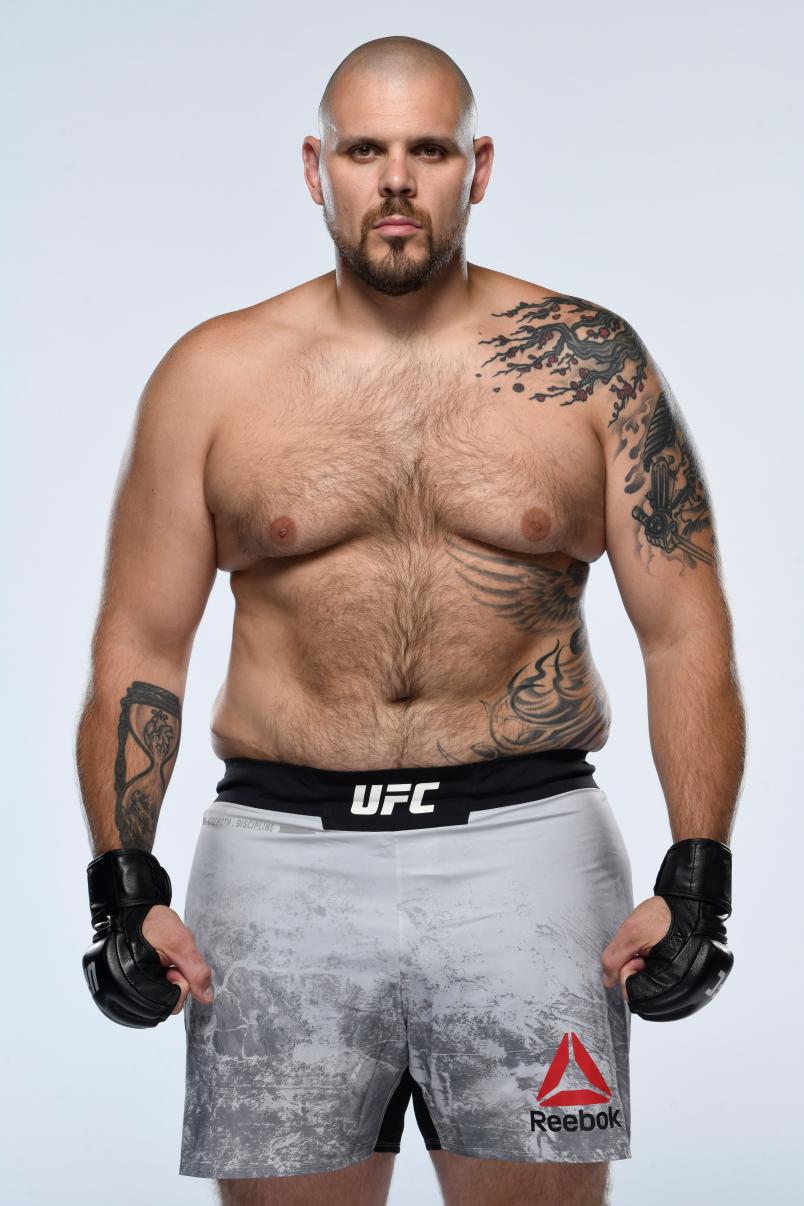 Parker Porter poses for a portrait during a UFC photo session on August 13, 2020 in Las Vegas, Nevada. (Photo by Mike Roach/Zuffa LLC)

Not if, but when. That’s a fighter talking, and this fighter wants it all in the UFC, but he knows it all begins with that first win. If Porter gets it this Saturday, what does he think the emotions will be like?

“I'll probably cry,” he said. “To notch that first UFC win on my belt, it's been a long, emotional journey and it means a lot to me. Even if it’s just to get that one win and then to secure my spot for a little bit longer and keep going as far as I can. I'm totally focused on Josh and this fight and getting this W, and then moving forward and calculating what I have to do from there to get into the top 10 and then from there, top 5, and then let's look at a belt. So I'm looking at it in segments. Right now, I'm trying to get that first W. That's step one.”