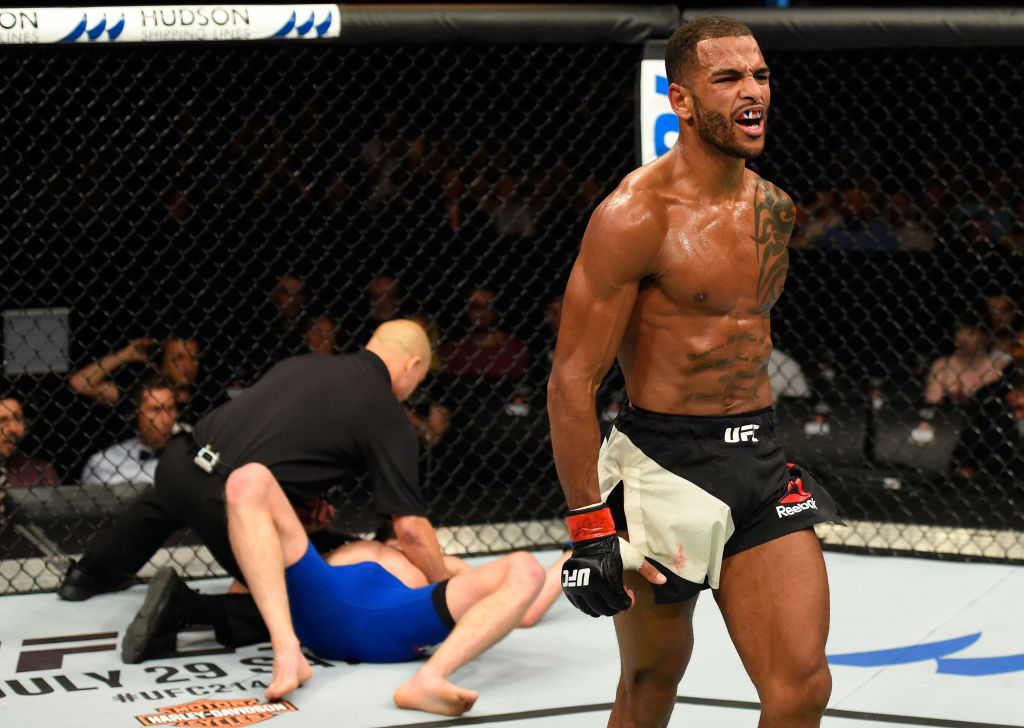 Liverpool welterweight Danny Roberts nabbed his third Octagon victory at The SSE Hydro in Glasgow, Scotland on Sunday, stopping Detroit’s Bobby Nash in the second round of their UFC Fight Night bout.

Roberts’ striking was on target in the first round, but Nash was right behind him thanks to some hard kicks, but it was two takedowns in the final two minutes that left Roberts with plenty to think about it.

But by round two, Roberts was smoothly avoiding takedown attempts, and as Nash tired, his defense opened up, allowing a left hand by the Brit to put him on the deck with a little over a minute left. A stunned Nash took a couple ground strikes, and that was it, as referee Rich Mitchell stopped the contest at 3:59 of the second frame.

Neil Seery’s final MMA fight didn’t end with the result he wanted, but the Dublin flyweight went out fighting in his clash against Alexandre Pantoja, who secured the win via third-round submission.

The 37-year-old Seery, a fighter’s fighter who always gave his all inside the Octagon, retires with a 16-13 pro record.

Seery was Seery in the first round, pressing forward and staying busy, but Pantoja was even busier, and he landed several punches, kicks and knees to take an early lead. By the midway point of the second round, though, it was the Irishman beginning to land more of his blows, and the tide was slowly turning.

Not surprisingly, with Seery in the last round of his career, he came out slugging for the third frame, but Pantoja smartly broke up the exchanges with a takedown. Soon, Pantoja was in the mount, and then he took Seery’s back. A rear naked choke followed, forcing Seery to tap out at 2:31 of the final frame. 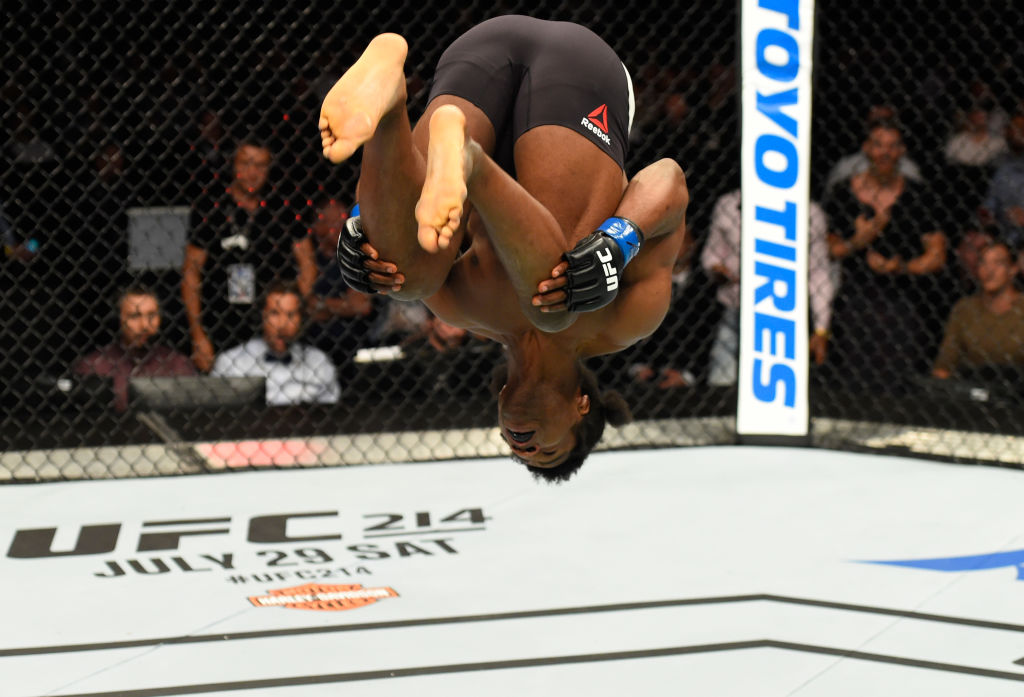 It was a bizarre finish, but welterweight debutant Galore Bofando will take it, as he slammed his way to a first-round knockout of Charlie Ward.

Bofando fired off kicks from all angles as the bout began, giving Ward few chances to respond. With three minutes left, the Irishman did get close enough to clinch with his opponent, but when Bofando threw him to the mat, Ward landed on his head and was stunned. Bofando capitalized with follow-up strikes, prompting referee Marc Goddard to halt the bout at the 2:10. 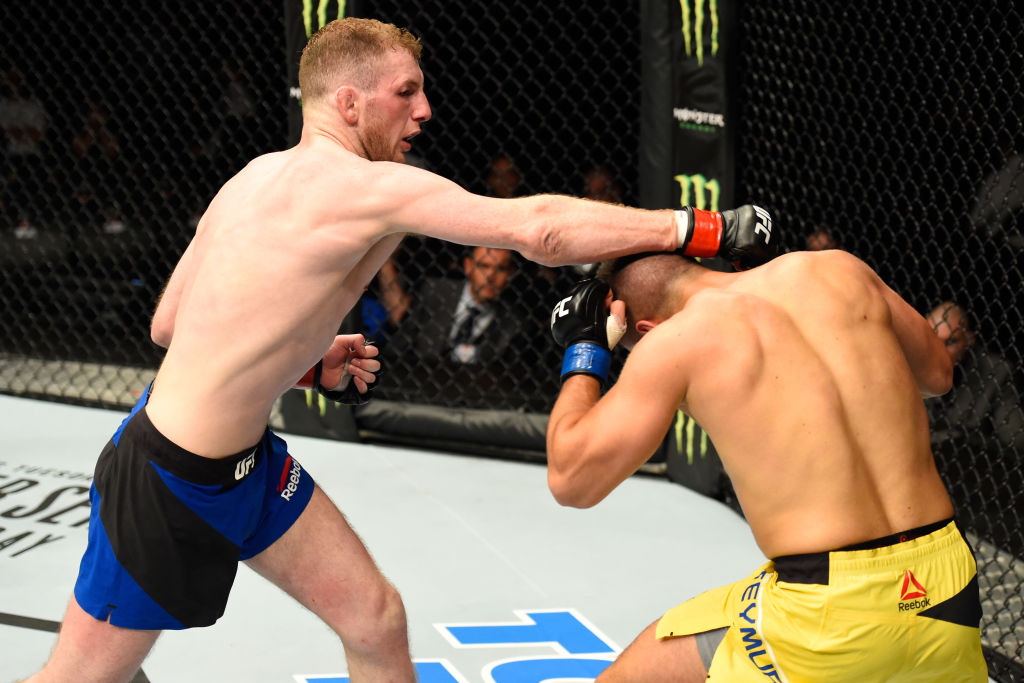 Edinburgh’s Danny Henry thrilled his home country fans in his lightweight bout against Daniel Teymur, getting through some rough early moments to win a unanimous decision in the matchup of Octagon newcomers.

A big right hand got things going in a hurry for Sweden’s Teymur (6-1), but Henry shook off the blow and fired back with a right of his own. The accurate and busy Teymur continued to land, and only Henry’s steel chin kept him in the fight. With under three minutes left, the bout went to the mat, but after a stall in the action, referee Grant Waterman restarted the bout with a minute remaining.

In the second round for the first time in his career, Teymur seemed to be okay cardio wise as he continued to throw strikes with abandon. But midway through the round, Henry stunned Teymur and began to take over, nearly finishing the bout with strikes and then with a rear naked choke.

With the crowd cheering him on, Henry (11-2) calmly attacked the game but exhausted Teymur, and in the second minute the bout went back to the mat, with “The Hatchet” looking for the submission in between ground strikes. Remarkably, Teymur survived the round, but the win clearly went to Henry.

In a battle of bantamweight prospects, Brett Johns remained unbeaten with a shutout three-round unanimous decision over Albert Morales.

After some even standup exchanges to start the bout, Johns took the fight to the mat at the one-minute mark and he kept Morales pinned there for the rest of the round, using his ground and pound attack to nullify the attack of the Californian.

There was more of the same in the second and third, with Johns using solid striking to set up a dominating ground assault, and while an arm triangle attempt by the Welshman came up short, there was no question who the winner was when the final scores were tallied.

With the win, Swansea’s Johns moves to 14-0; Morales, who was a late replacement for Mitch Gagnon, falls to 7-2-1. 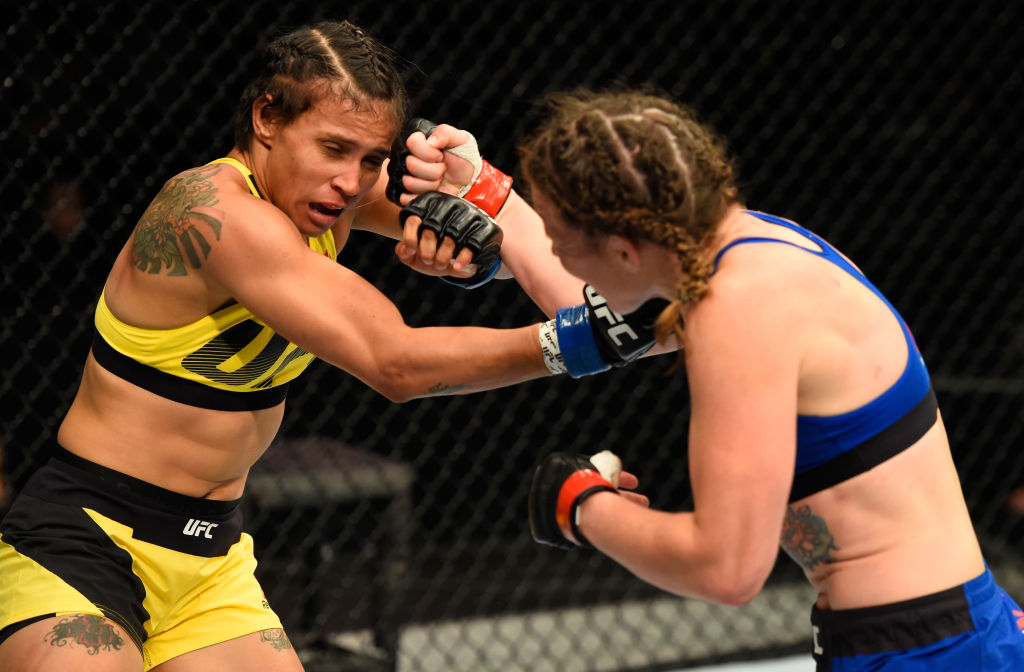 Bantamweight veteran Leslie Smith delivered her usual furious attack in the opener, and while newcomer Amanda Lemos tried to keep up, “The Peacemaker” was too much as she scored a second-round TKO victory.

Lemos (6-1-1) got off to a fast start thanks to hard leg kicks and crisp counters, but by the middle of the frame, the Brazilian appeared to be tiring under the pressure of Smith. Lemos did get back on the board late, though, as she scored a takedown just before the horn.

The tireless Smith (10-7-1) kept the heat on as soon as round two started, and even though the Californian got cut over the right eye, she had Lemos almost completely on the defensive, and as the strikes added up without response, referee Rich Mitchell had no choice but to stop the fight at 2:53 of the second stanza.