"I'm prepared to battle in any position where the fight develops. This will be a great fight, where I believe that both of us will search the finish." - Rousimar Palhares 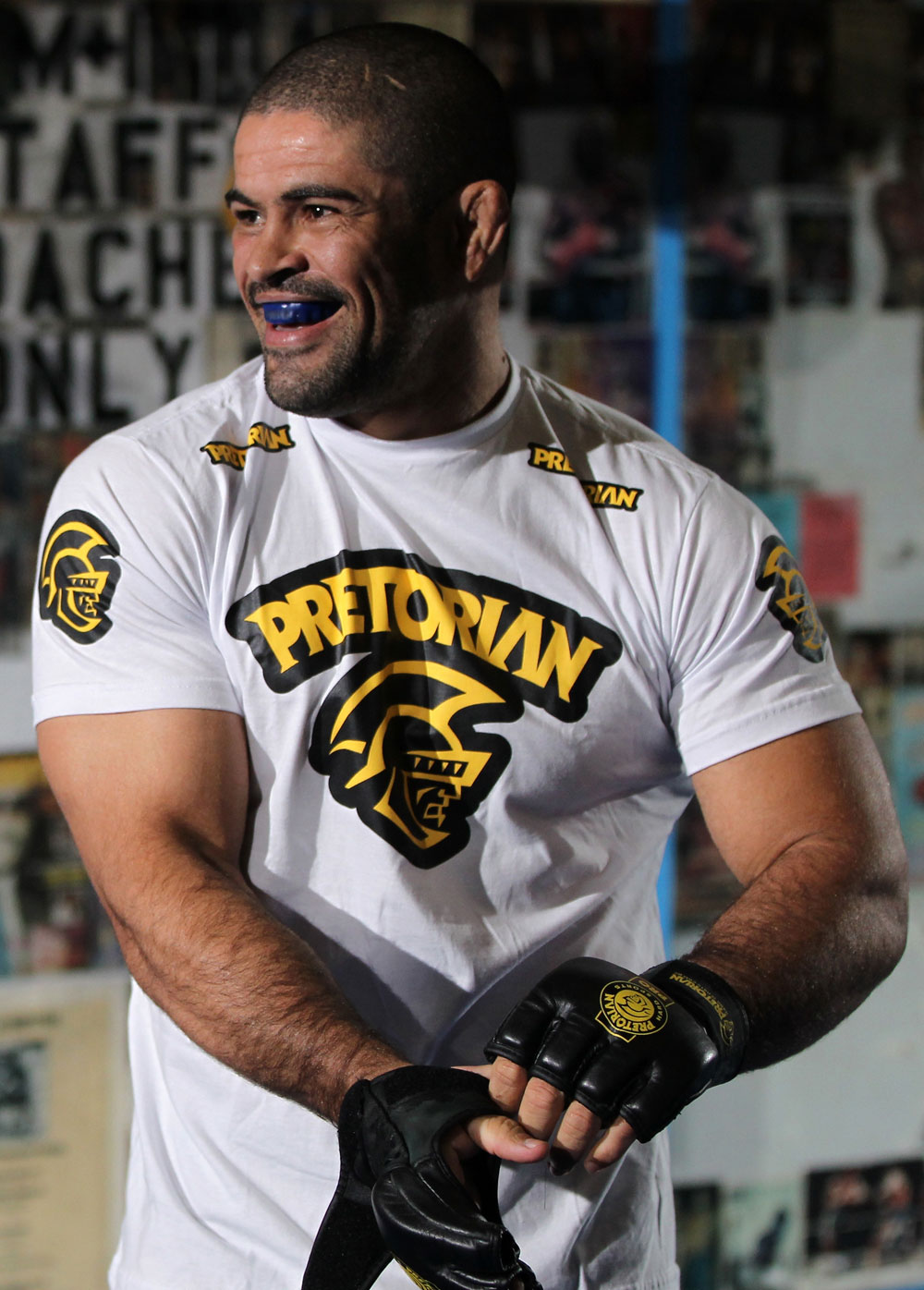 Since the beginning of Rousimar "Toquinho" Palhares' career, it was pretty clear that he had a lot of potential. The way he managed his wins on the local circuit, his Fury GP win and his UFC debut win over Ivan Salaverry just confirmed that.

And while it’s okay to consider that facing Dan Henderson in his second UFC fight was something of a tactical mishap, that was one of those defeats that you can accept simply due to the size of the challenge that the former Rings, PRIDE and Strikeforce champion represents.

However, following Palhares' next steps, something was missing from the best Brazilian Top Team representative, who fights Alan Belcher at UFC on FOX 3 this Saturday. The powerhouse kept dispatching foes with his elite BJJ game inside the Octagon, but his interviews became difficult to collect enough quotes from, and his attitude against Tomasz Drwal - where he yanked the Polish fighter’s ankle while the referee fought for him to release the sub attempt - and the bizarre happenings against Nate Marquardt and Dan Miller left many question marks. Something had to be changed, because only training and fighting was giving the Brazilian a bad image.

"My profession is fighting, and for me, the most important thing is training to be prepared, achieving the results and reaching my goals and dreams inside the Octagon", he said. "In December of 2011, I talked with my master Murilo Bustamante, so we resolved to build a structure of people watching my back, developing my trademark, and constructing a web site, all those things that please the fans."

It was the first step to really show the Palhares that only close fans, teammates and family knew previously. 2011 was time to change the reputation of a fighter some saw as ‘dirty,’ and to show not only the sportsmanship of the competitor, but also the human being that many didn't meet until then.

"Look, in my life I never needed to be disloyal with anyone trying to reach something, and that attitude came from the cradle before I got involved with martial arts. I thank God due to the education my family gave me," Palhares said. "One of the reasons that MMA is popular is because of the different ways that people see the same fight, from referees and judges to fans and journalists. For me, no misconception is worth enough if you are conscious of your acts, losing or winning."

For a guy who was born in inland of the Minas Gerais state (Dores do Indaiá city) like Palhares, all the sudden changes can affect you. Training and social media work must be very well conducted or your bright plan will turn into a nightmare.

"I have the sport psychologist Dr. Guilherme Pineschi working with me, with the goal focused on concentration and performance inside the Octagon. I’m looking for manage the anxiety before the fight well."

For those who have been watching Toquinho's fights, the notoriety of his mindset alteration is clear. After some rough patches during his fight against Miller at UFC 134, he came back refreshed against Mike Massenzio. The result? A quick heel hook, as usual. However this was the new Toquinho here, one with the same skills but without unexpected attitudes.

"Like a fighter, I try to evolve every day at Brazilian Top Team, so I'm 100% sure that there are a lot of differences (between the first and last impressions of him)", he said. "I hope you can notice more on May 5th. I keep the same training routine, and the same respect for the martial arts."

Respect is an interesting issue at this point. Belcher, Toquinho's upcoming foe, stated he knows the power of the Brazilian’s submissions. So his key for victory may be keeping the fight on the feet. As for the ground? Well, everybody knows that the ground plus Toquinho can equal game over. And the Brazilian who scored two knockdowns on Miller adds he has more under his sleeve.

"I hope for a tough fight because I'll battle a great fighter," he says respectfully. "But I'm prepared to battle in any position where the fight develops. This will be a great fight, where I believe that both of us will search the finish, trying to grab the victory entire time."

Looking back at Toquinho's road inside the Octagon, everything is right where it should be. If a victory over Henderson in 2008 could have cut the distance to title contention in half, now, with more than just training and fighting, he seems more prepared if the shot for gold arises.

"I know the importance of this fight, not only for me, but for Belcher too. Whoever emerges victorious will take a huge step." Palhares said. “I want to fight for the belt, but I know my time will come, sooner or later. In fact, I leave it all in the UFC's hands to choose the best moment for it. What is up to me is giving my best inside the Octagon."